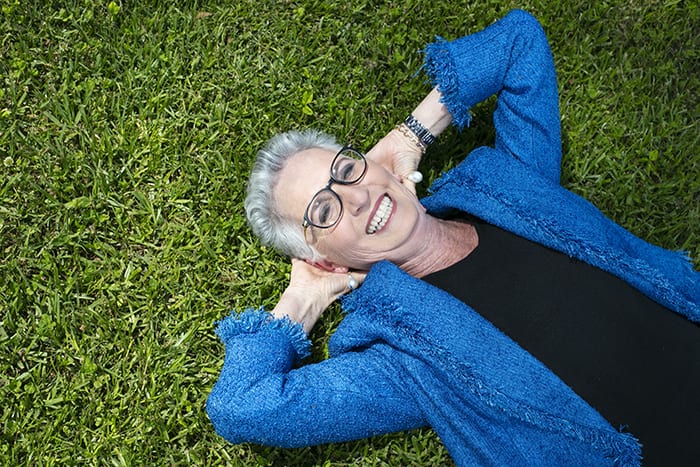 Sonia Ancoli-Israel, PhD, is recognized for exceptional initiative and progress in sleep education and academic research.

Sonia Ancoli-Israel, PhD, has had a storied career in sleep medicine—including earning the NSF Lifetime Achievement Award in 2007 and the SRS Distinguished Scientist Award in 2014. This summer, she will receive the AASM William C. Dement Academic Achievement Award. As a professor at UC San Diego School of Medicine, she continues to mentor the next generation and speak at events around the world.

Among many roads in the vast field of medicine, Sonia Ancoli-Israel, PhD, chose one decidedly less traveled. As a pioneer in sleep medicine research, she has sparked greater understanding among students and colleagues, with numerous accolades attesting to a persistent belief that sleep matters.

While the sentiment is not so revolutionary today, many clinicians in decades past viewed poor sleep as a mere inconvenience, and not a disorder with potentially serious medical consequences.

With passion and intellectual curiosity as driving forces, Ancoli-Israel’s expertise encompasses all aspects of sleep and circadian rhythms, particularly in normal aging and neurogenerative disease, and in cancer. Her research has included studies on the longitudinal effect of sleep disorders on aging, therapeutic interventions for sleep problems in dementia, and the relationship between sleep, fatigue, and circadian rhythms in cancer. She was one of the first to apply light therapy to the treatment of sleep in Alzheimer’s and to use light in the treatment of fatigue in cancer.

Set to receive the American Academy of Sleep Medicine’s William C. Dement Academic Achievement Award for exceptional initiative and progress in the areas of sleep education and academic research at SLEEP 2019 (June 8-12 in San Antonio), Ancoli-Israel sees her legacy in the new avenues of research now being pursued, and in the students she inspired.

“Dr Ancoli-Israel is the reason I am in this field,” says Jennifer L. Martin, PhD, associate director for clinical and health services research, geriatric research, education and clinical center, Veterans Administration Greater Los Angeles Healthcare System. “She introduced me to sleep and circadian science and she sparked my interest in working with patients who suffer from sleep disorders. I credit her with introducing me to the discipline I love.”

Now retired for the past seven years, emeritus status provides a chance to reflect on the sheer magnitude of research yet to be done in the relatively young discipline of sleep medicine. Still advising and mentoring, Ancoli-Israel looks forward to new discoveries, particularly those concerning circadian rhythms, one of her areas of expertise.

“The SCN [suprachiasmatic nucleus] is the main pacemaker of rhythms, but in the last few years we’ve learned that there are actually clocks all over the body,” says Ancoli-Israel, a 2007 recipient of the National Sleep Foundation Lifetime Achievement Award and the Sleep Research Society (SRS) Mary A. Carskadon Outstanding Educator Award, the 2012 Society of Behavioral Sleep Medicine’s Career Distinguished Achievement Award, and the 2014 SRS Distinguished Scientist Award. “These clocks are pretty much controlled by the SCN, but they are still everywhere.”

Why seek to examine the intricacies of these clocks? It comes down yet again to the sheer importance of slumber, and the fact that “so many different parts of our body are influenced by circadian rhythms.” From this premise, Ancoli-Israel encourages educators to pursue the genetics behind sleep and sleep disorders and rhythms. “All these things are fascinating,” she says, “and have the potential of leading not only to our understanding of our bodies and how they work, but also to potential new treatments, which we desperately need. We have lots of treatments for the different sleep disorders, and none of them are great.”

Ancoli-Israel encourages new thinking and approaches. Of the current remedies, she remarks: “There are lots of sleeping pills and they all work, but they don’t all work really well, and as with any medication, there are side effects. We have great behavioral therapies for insomnia, but they are hard to do, and not enough people are doing them. All our treatments are good, but have problems associated with them. We need more research that helps us understand more about the function of sleep, what is going on during sleep, and then finding new treatment options.”

Much of Ancoli-Israel’s intellectual curiosity has been focused on how the elderly, and people with certain diseases such as cancer, interact with sleep. Thomas Roth, PhD, saw it firsthand during a meeting in the early 1980s. From there, he worked with Ancoli-Israel as a research collaborator and the two sat on boards together, eventually becoming friends.

“She identified new methodologies to evaluate large samples of the elderly, as well as documenting the high prevalence of sleep apnea in the elderly, and the benefits of treating it,” says Roth, director of the Sleep Disorders and Research Center at Henry Ford Hospital in Detroit. “She’s smart and she works hard.”

In her office at UC San Diego, Ancoli-Israel pulls a copy of a patient-friendly sleep book she authored, which was published in 1996.

Working in the rigorous world of research, where methodology is heavily scrutinized, can leave little time for evaluating how sleep is perceived in popular culture. Ancoli-Israel’s emeritus role allows for a bit more investigation in this regard, but she does not always like what she sees.

“One area in particular really frustrates me,” says Ancoli-Israel, who has been a member of the American Academy of Sleep Medicine (AASM) and the SRS for almost four decades. “People still say that as we get older we need less sleep than younger adults, and the public certainly believes that. That is so untrue. My colleagues and I believe that the need for sleep does not change with age. Instead, it’s the ability to get the sleep that we need that changes with age.”

Older adults sleeping only five hours are not, in fact, getting all they need. Despite advocates from the AASM and the National Sleep Foundation agreeing that seven to eight hours are necessary, the message has not gotten through. The general public’s understanding is lacking, and Ancoli-Israel concedes, “there are still clinicians out there, including even some MDs who are in the sleep field, who don’t quite understand.”

As an educator and researcher, Ancoli-Israel has an abiding faith that such misconceptions can be corrected through a willingness to learn. As for the industry as a whole, she firmly believes that all medical disciplines can and should work together. “I am not a fan of turf battles,” she says. “There is room for everybody. There are patients who need to be using CPAP, and there are some patients where an oral appliance is absolutely the appropriate treatment. I wish we would continue to all work together.”

Ancoli-Israel contends that sleep, more than many other subspecialties, is a true interdisciplinary field when practiced properly. “We need to have pulmonologists, neurologists, psychiatrists, psychologists, cardiologists, ENTs, dentists, pediatrics—we all need to work together because we each have something to bring to the understanding and treatment of sleep disorders,” she says.

Expanding beyond biases is the hallmark of a great researcher, and it’s something that clinicians can also adapt in their dealings with other subspecialties. Ancoli-Israel explains: “The current turf battle is not about the treatment. It is about who is making the diagnosis, and are dentists trained enough to be making a diagnosis of sleep apnea? The truth is there are a lot of general internists who know very little about sleep. They are getting sleep recordings on their patients and making a diagnosis. Some of the dentists who have been trained in sleep know more about sleep than these general internists. So, again, I think we need to all work together.”

Ancoli-Israel’s inclusive philosophy fits well with her affinity for world travel, a passion she has had even more time to indulge in recent years. Check out JourneysWithSonia.com to get a feel for her recent adventures (and she adds, “Feel free to sign up!”). If you see her at the SLEEP meeting, however, don’t ask which country she likes best.

Ancoli-Israel takes joy in her experiences with family, friends, and colleagues, as well as her travels around the globe.

“That’s the question I dislike the most,” she says with a chuckle. “Every place has something good about it. I love Asia, Antarctica, and Africa. There’s nothing like being in a place where it’s truly all about nature. A couple months ago we saw the northern lights in Canada, and it was truly awe-inspiring. I like places that are different from us—cultures that are different.”

After graduating with a bachelor’s degree from the State University of New York, Stony Brook, Ancoli-Israel engaged in her own culture shift by making her way west to the Golden State where she earned a master’s degree in psychology from California State University, Long Beach, and a PhD in psychology from the University of California, San Francisco. She’s served as president of the SRS and Society for Light Treatment and Biological Rhythms, as well as a founding executive board member of the National Sleep Foundation. Connections made throughout a storied career still resonate, with former students striking a similar theme.

Philip Gehrman, PhD, associate professor, department of psychiatry, Perelman School of Medicine at the University of Pennsylvania studied under Ancoli-Israel during a masters and PhD program. “I contacted Dr Ancoli-Israel when I moved to San Diego to see if there were openings in her lab,” Gehrman says. “She was conducting research on sleep in older adults with Alzheimer’s disease. She was a wonderful teacher in many ways, very available to her students, and spends a good deal of time with them. She treats her trainees as part of her family….I have my own research lab and conduct research on the relationship between sleep and mental health. Dr Ancoli-Israel was a big influence.”

Despite a retirement of sorts, work still fits into the emeritus ethos with at least a couple of office visits per week. It’s a chance to influence the next generation of researchers and stay involved in a field that continues to produce speaking invitations.

These days, a typical workload involves collaboration “on other people’s studies, which is wonderful” primarily because others “do the heavy lifting and I have all the fun.” They write the grants and Ancoli-Israel edits them. “We talk about ideas,” she says. “They collect and analyze all the data, and I help them interpret it. They write the papers; I edit. Yes, I do all the fun things.”

Two children and their spouses and “three fabulous grandchildren” add another dimension of fun, while invitations to speak all over the world provide a welcome chance to travel and talk about sleep medicine. “My attitude is, ‘Why would I ever say no?’ Ancoli-Israel enthuses. “I usually go because I get to continue educating people about the things I find important. All that writing that used to go into grants and papers now goes into the travel blog.” SR 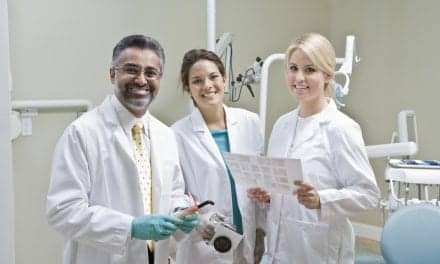 How Sleep Became The Ultimate Luxury