Astrocytes, “caretaker” cells that surround and support neurons in the brain, play a much more important role in circadian rhythms, the body’s 24-hour internal clock, than previously understood.

A Medical Research Council (MRC)-funded study published in the journal Science found that these star-shaped cells, previously thought of as just supporting neurons in regulating circadian rhythms, can actually lead the tempo of the body’s internal clock and have been shown to be able to control patterns of daily behavior in mammals.

The findings of the new study could pave the way for new treatments to be exploited when circadian rhythms are disrupted, which can cause jet lag and sleep disorders, as well as contribute to a range of health conditions, from psychiatric disorders to dementia, diabetes, and cancer.

Circadian rhythms are well known for their role in maintaining human health and although many different types of cells across the body have been found to have their own internal clock, the timing of these clocks is chiefly controlled by the suprachiasmatic nucleus (SCN), a small brain region in the hypothalamus which acts as the master clock responsible for regulating daily behavior.

This new study, led by the MRC’s Laboratory of Molecular Biology (LMB) in Cambridge, used microscopic imaging to observe the detailed internal molecular clock timing of the astrocytes and neurons of the SCN. Surprisingly, this showed that although both types of cell have their own circadian clocks, they are differently regulated and were seen to be active at different times of the day. This delicate interplay was found to be critical in keeping the entire SCN clockwork ticking.

Following this initial discovery, the scientists found mice genetically altered to silence their internal body clock showed disruption to their SCN function and behavior but, unexpectedly, found that the restoration of a genetically functional clock in astrocytes alone enabled the mice to regulate their daily activity. This meant that even when astrocytes were the only cell in an animal with a working internal clock, there were still observed patterns of daily behavior of mice. When the researchers compared this pattern of behavior to mice whose neuronal clocks were working, they found that the period of regulated activity in the SCN was approximately one hour shorter, which was also reflected by the mouse behavior, showing that astrocytes were capable of controlling animal behavior to their own cell-specific tune.

The study also revealed that glutamate, a neurotransmitter in the brain and central nervous system, acted as the chemical signal used to convey time cues from the working astrocytes of the SCN to their clockless neuronal partners.

“The discovery that astrocytes can be as effective as neurons in generating and transmitting a circadian timing signal across an animal really surprised us,” says Marco Brancaccio, PhD, a dementia lecturer and UK Dementia Research Institute fellow at Imperial College London, in a release. Brancaccio is lead author of the paper, previously at the MRC’s LMB when this research was undertaken. “We knew from previous research that these cells played a role in circadian clocks, but we had no idea they could restart the circadian function of neurons. This adds a totally new and unanticipated dimension to the neurobiology of circadian body clocks and suggests some exciting avenues for future research and the potential to develop treatments.”

“This is the first time that it has been demonstrated that astrocytes, cells we’d previously overlooked as mere support cells, can actually control animal behavior. This is a significant advance in the field of neuroscience,” says Michael Hastings, FMedSci FRS, head of the neurobiology division at the MRC’s LMB and senior author of the paper.

Joanna Latimer, PhD, Head of Neurosciences and Mental Health at the MRC, says: “In recent years it has become increasingly clear that disruption of the body’s internal clock through shift-work, dementia, and other neurological diseases can have a dangerous impact on our health and well-being. This research is an important step towards a better understanding of how the brain controls these circadian rhythms at a molecular and cellular level, an essential advance if we are to manage the impact of these conditions more effectively.”

Image: A micrograph of suprachiasmatic nucleus tissue (SCN) showing a subset of astrocytes within the nucleus, as revealed by staining by the GFAP-GFP marker. The inset is a magnification of the astrocyte highlighted in the low resolution figure, showing the distinctive shape of these cells. Credit: Marco Brancaccio 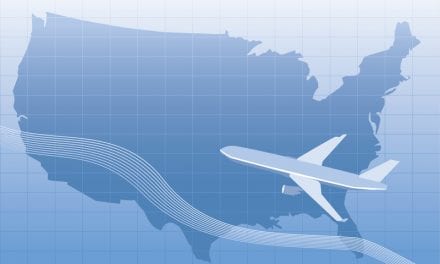