Jet Lag Can Cause Obesity by Disrupting Gut Microbe Rhythms 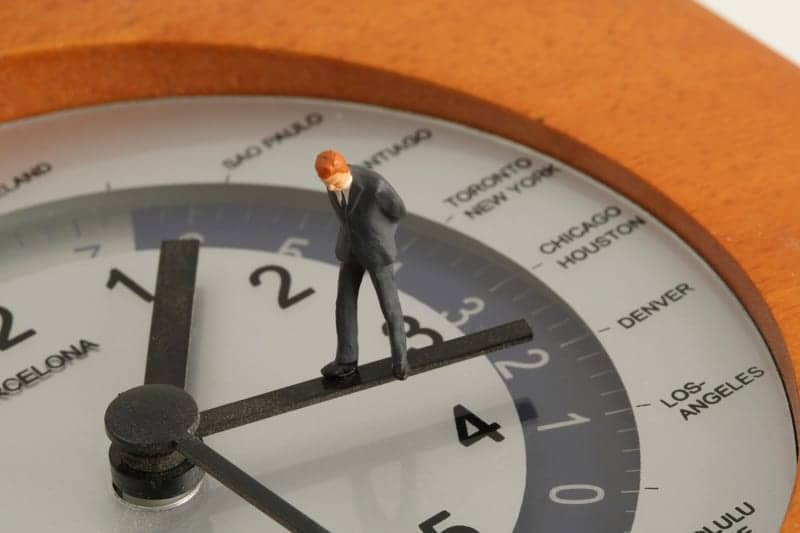 Organisms ranging from bacteria to humans have circadian clocks to help them synchronize their biological activities to the time of day. A study published by Cell Press on October 16 in Cell now reveals that gut microbes in mice and humans have circadian rhythms that are controlled by the biological clock of the host in which they reside. Disruption of the circadian clock in the host alters the rhythms and composition of the microbial community, leading to obesity and metabolic problems.

“These findings provide an explanation for a long-standing and mysterious observation, namely that people with chronically disturbed day-night cycles due to repetitive jet lag or shift work have a tendency to develop obesity and other metabolic complications,” says senior study author Eran Elinav of the Weizmann Institute of Science, in a release. “These surprising findings may enable us to devise preventive treatments for these people to lower their risk for these complications.”

Disruption of the circadian clock in humans is a hallmark of relatively recent lifestyle changes involving chronic shift work or frequent flights across time zones. These widespread behavioral patterns have been linked to a wide range of diseases, including obesity, diabetes, cancer, and cardiovascular disease. But, until now, it has not been clear how changes in circadian rhythms increase the risk for these diseases.

In the new study, Elinav and his team set out to determine whether gut microbes could be the missing link. When they analyzed microbes found in fecal samples collected from mice and humans at different times of day, they discovered rhythmic fluctuations in the abundance of microbes and their biological activities. The host’s circadian clock and normal feeding habits were required for the generation of these rhythmic fluctuations in the gut microbes.

When mice were exposed to changing light-dark schedules and abnormal 24-hour feeding habits, the microbial community lost its rhythmic fluctuations and changed in composition. Moreover, a high-fat diet caused these jet-lagged mice to gain weight and develop metabolic problems associated with diabetes. Similarly, jet lag in two humans who had traveled from the United States to Israel changed the composition of gut microbes, favoring the growth of bacteria that have been linked to obesity and metabolic disease.

“Our findings highlight a new therapeutic target that may be exploited in future studies to normalize the microbiota in those people whose lifestyle involves frequent alterations in sleep patterns, such as shift workers and very frequent fliers,” Elinav says. “Targeting the harmful changes in the microbiota in these large human populations with probiotic or antimicrobial therapies may reduce or even prevent their risk of developing obesity and its complications.”