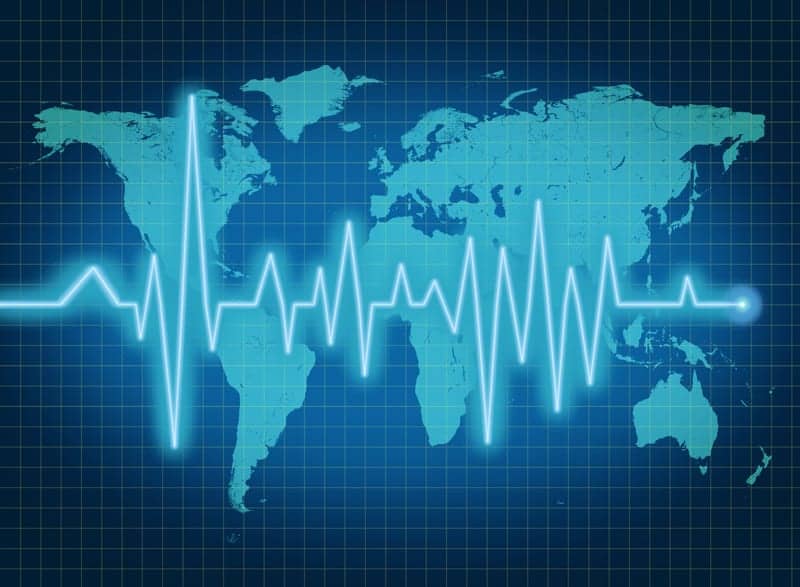 Stress about work and finances ranked higher than technology as a sleep disrupter in Royal Philips’ 8,000-person survey. More than 80% of respondents see an opportunity to improve sleep.

Royal Philips today released “Sleep: A Global Perspective,” the first in a series of reports highlighting sleep trends and habits collected from a survey of nearly 8,000 people across 10 countries. Released in support of the World Association of Sleep Medicine’s annual World Sleep Day, the report revealed that worry about work, finances, and the economy was the leading factor impacting sleep. In addition, while sleep is recognized globally as important to health and well-being, most people are not taking any steps to improve it.

“Over the past few years, many surveys have focused on the negative impact that technology and mobile devices can have on sleep, but our report confirmed that the global factors impacting people’s sleep are much more varied and complex,” says Teofilo Lee-Chiong, MD, chief medical liaison, Philips, in a release. “And, while it’s refreshing to see people around the world equally valuing sleep as critical to their overall health, there’s clearly more that people can be doing to ensure they’re on a path to a better night’s sleep.”

People Want More Sleep, But Don’t Know How to Get It

Of the 7,817 people surveyed in the United States, Brazil, the UK, France, the Netherlands, Germany, China, Japan, South Korea, and Australia, 96% said sleep is valuable to them. At the same time, 57% of respondents admitted that while their sleep could be better, they haven’t taken action to improve it. And only 17% consistently sleep through the night, with 22% of respondents noting they wake up before they would like 5 to 7 nights a week.

In addition, 6% of respondents reported having obstructive sleep apnea (OSA). This is consistent with other reports indicating that more than 100 million people globally suffer from this disorder. Because an estimated 80% of patients with OSA remain undiagnosed, a substantial number of people may benefit from proper screening, diagnosis, and treatment of sleep apnea. 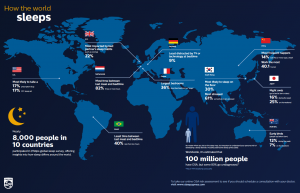 Among a list of 12 different factors influencing overall health and well-being–including family, work, school, social life, and intimacy with a partner–sleep ranked the highest, at 87%. But right behind it at 84% was money/financial security. Additionally, among a list of 13 factors keeping people up at night, respondents selected work (25%) and financial/economic issues (28%) as their most common sleep disrupters. While 67% of people around the world sleep with a mobile phone within reach, only 21% said technology was a sleep disrupter.

“Our report indicates how psychological factors can impact sleep, and how those factors can change depending on the times in which we live,” says Dr Mark Aloia, senior director of global clinical research, Philips. “Combating stress is critical to a good night’s sleep, but the toughest part for people is often just getting motivated to make changes. These data further demonstrate that sleep needs to be viewed and treated holistically, with both technology and lifestyle solutions that work together to promote better health.”

The first step to better rest is investigating your risk of an underlying sleep disorder. A significant percentage of the global population is estimated to suffer from disrupted sleep, and sleep apnea is one of the most common of sleep disorders that is often undiagnosed. Find out if you may be at risk by taking the sleep apnea symptoms quiz.

In addition to addressing potential sleep disorders, it is important to embrace behaviors that can improve your sleep. Life’s stressors can keep anyone up at night, but small changes can offset stress triggers and prepare your body for the rest it needs. Throughout the week leading up to World Sleep Day, March 9-13, Philips issued a global 5-day #BeWellSleepWell challenge to empower people to take back control of their sleep and overall health. Philips encouraged people to make one small lifestyle change each day for 5 days to improve their sleep and well-being.

What to Know Before Laying Down Money for a Mattress