While numerous studies have linked alcohol abuse to sleep disruption, especially in males, there has been little research on alcohol and its effects on sleep in females. Now, a new study shows that a moderate amount of alcohol, taken before bed, can impact the quality of sleep for young women.

Appearing in the June 2006 issue of the journal Alcoholism: Clinical and Experimental Research, this study looked at the sleep habits of young women (between ages 22 to 25) who drank alcohol before bed, over the course of three nights. Researchers monitored the women’s sleep and sleep electroencephalograms (EEGs), a graphic record of the electrical activity of the brain—a technique that can analyze the “microarchitecture” of sleep.

Researchers found few, but noteworthy differences between sleep and sleep EEG with alcohol versus placebo. When alcohol had been consumed, rapid eye movement (REM) sleep decreased, while stage 4 sleep (the deep sleep early in the night) was slightly increased. In addition, spectral analysis of the EEG showed signs of increased sleep intensity during non-REM (NREM) sleep after alcohol compared with placebo.

More work is needed to examine other alcohol doses, sex differences, and vulnerability that may occur with a positive family history of alcoholism, the authors conclude. 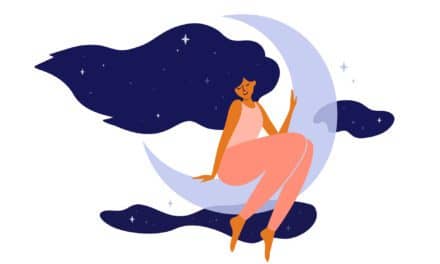 The Science of Dreams