Many adults living in North Carolina’s rural Haywood County who suffer from daytime sleepiness may not realize that their problem could have a medical explanation and is probably treatable—until, that is, they are referred to the Diagnostic Sleep Center at Haywood Regional Medical Center in Clyde. Lately, those referrals are occurring with greater frequency as word of the sleep laboratory’s services and good outcomes spreads beyond Haywood County to the under-served markets in the westernmost part of the state. As a result, the Diagnostic Sleep Center currently operates at near full capacity.

The state-of-the-art sleep laboratory occupies a pod of four 140-square-foot rooms in a quiet corner of the 200-bed hospital’s seventh floor. The equipment complement includes two data-acquisition terminals in one room and a separate station for physician interpretation in another.

“Each of our data-acquisition terminals features a smart-window that allows technologists to score studies in real time or, if they desire, after the data are captured,” says Heath Sutton, RRT, director of cardiology services, who oversees the sleep laboratory. “Because we have a separate station for physicians to read the studies and dictate findings, we’re consistently meeting the industry standard of a 5- to 7-day turnaround on reports back to referring physicians.”

Registered Sleep Technicians Only
One distinction of the Diagnostic Sleep Center is its staffing; both employees are registered polysomnographic technologists.

“Most labs employ several technologists, but typically only one of them will be registered, whereas both of ours are registered,” says Harry Lipham, MD, the laboratory’s medical director. “Each of our technologists possesses high-level skills in continuous positive airway pressure (CPAP), bilevel PAP, mask fitting, and treatment of patients with sleep disorders—and that makes a world of difference in the quality of the work we do here.”

The most common condition diagnosed by the Diagnostic Sleep Center is obstructive sleep apnea (OSA), followed by hypersomnolence and hypertension, Lipham says. “We’re not just talking about individuals with snoring problems,” he explains. “Most patients we see are severely incapacitated by their sleep disorder.” Lipham adds that the laboratory stays alert for patients who might qualify for a split-night study.

“If we see, at some point before the night’s study is complete, an indication that a patient needs CPAP or bilevel PAP, we wake him, put a mask on, and titrate flow to the correct level,” he says. “This way, we spare the patient the need of having to return to the lab for a second study. It also gets that patient started on CPAP or bilevel PAP a lot sooner, deriving the benefits of treatment sooner.”

Lipham reports the laboratory is achieving good outcomes with such intervention. “We’ve seen, for example, quite a few hypertension patients who we’ve put on CPAP improve so significantly that we were later able to titrate down their blood pressure medicine.”

The Diagnostic Sleep Center offers an array of study types, including the daytime multiple sleep latency test (MSLT) for narcolepsy and screening examinations for maxillofacial surgery.

“People who have mild forms of OSA can benefit from maxillofacial surgery, which helps by alleviating snoring,” Sutton says.

One of the laboratory’s steadiest referral sources is Christopher T. Wenzel, MD, who uses sleep studies to help him identify the most appropriate candidates for uvulopalatopharyngoplasties (UPPPs), in which he removes the tonsils, uvula, and a portion of the soft palate to unblock the throat during sleep, and thereby minimizes or eliminates the patient’s need for CPAP therapy. The same is true of the minimally invasive tongue stabilization procedure he also performs. Wenzel, who is certified by the American Board of Otolaryngology and a member of the American Academy of Facial Plastic and Reconstructive Surgery, also tries to improve nasal airflow by means of septoplasties and turbinate reductions.

Humble Start
Haywood Regional—a not-for-profit hospital that has built its reputation by providing personalized, compassionate, quality health care—started the Diagnostic Sleep Center in 1992. It was an initiative of the Cardiopulmonary Services Department under the impetus of Lipham who believed OSA and other sleep-related disorders were going largely undiagnosed for lack of a local provider of sleep studies.

“The nearest place from which you could obtain a sleep study was at a hospital about 25 miles to the east of us,” Lipham. “For a patient in Haywood County, that was a long enough drive. But for someone coming from one of the counties west, that patient would be looking at a trip three or four times as far. Even if patients were willing to travel that distance, they would still have to wait 45 days or longer to get an appointment. In other words, distance and delay discouraged a lot of people from having a sleep study done. We saw an opportunity to do something about that.”

Since the hospital was initially unable to allocate much money to the laboratory, the department conducted its sleep studies using only a recliner, pulse oximeter, and modified electroencephalography system in a glass-partitioned corner of the Cardiopulmonary Services Department. “We performed our studies during the day,” Sutton says. “To do this, we had to instruct patients to stay up all night prior to the study.”

After enough evidence had accumulated 5 years later, Haywood Regional Medical Center upgraded its sleep laboratory facilities to convince administrators of the venture’s potential to meet community needs and be a viable endeavor.

“We added a full bed, enhanced our equipment complement, and hired a registered sleep technologist to conduct the studies,” Sutton says. “With the exception of MSLTs, we discontinued daytime studies. We were able to complete one study per night, 3 nights a week.”

By 2000, demand for the laboratory’s services had reached the point that a case backlog of almost 120 days materialized. To pare that wait, a second sleep polysomnographic technologist was hired so the laboratory could offer studies 7 nights a week. The backlog soon decreased to no more than 30 days. The backlog began rising again after successful marketing to potential referral sources in western North Carolina.

“Prior to this, the migration from the other counties was 2%, which then shot up to more than 20%,” Sutton tells. “As a result, our backlog had increased again to 60 to 90 days. The reason we undertook the marketing effort was to make physicians in those western counties aware that we were offering sleep studies. Until that point, they thought only that hospitals to the east of us had sleep laboratories. When we informed them that they now had a choice and no longer had to send their patients as far for a sleep study, demand for our services exploded.”

The marketing campaign consisted of Sutton visiting the primary care and internal medicine physicians’ offices and talking one-on-one with the doctors and their staffs about the availability of sleep studies at Haywood Regional Medical Center. (Interestingly, one of the places to which Sutton marketed the laboratory was a small university about 30 miles away; he was surprised by the number of late-teen and young-adult sleep apnea cases that have since been referred to the laboratory from that campus.)

The case backlog that reappeared was exacerbated by the inefficiency of the equipment then in use at the Diagnostic Sleep Center, Sutton indicates. “We had only one computer terminal, which was used as both the data acquisition unit and physician reading station,” he says. “This often delayed the turnaround time on report preparation.”

Another problem was location. Because of the first floor’s noise, some patients experienced enough trouble sleeping that their studies had to be repeated to obtain accurate data.

Faced with the possibility of creating dissatisfaction among referring physicians and their patients because of the growing backlog, Sutton persuaded administrators in 2001 to allocate additional capital to the sleep laboratory so that an extra bed and all the accoutrements could be acquired. This enabled the laboratory to begin running a total of two studies per night, 6 nights a week.

“With the exception of the Thanksgiving-through-New Year’s holiday season last year, we’ve been operating the lab at full capacity every month since officially going to this two-bed configuration,” he says.

Pride In Their Product
Haywood Regional Medical Center is a not-for-profit enterprise. Consequently, the Diagnostic Sleep Center is supposed to do nothing more than pay for itself, which it does through Medicare and other insurance reimbursements. Even so, the laboratory team is keenly aware of the need to think and act as though the unit were a for-profit venture.

“Everyone here is proud of the product we put forth; we’re very customer service-oriented,” Sutton says. “We’re fortunate to have physicians who insist that the work of this lab be nothing less than high quality. I’m the same way and so are the technologists. In fact, the technologists have a strong sense of ownership in the lab and the way care and services are delivered. That’s a direct result of my giving them autonomy to make decisions on their own as to what’s the best way to get the work done—they even have the freedom to design their own schedules, which goes a long way toward ensuring that they’ll be satisfied employees.

“We also do peer reviews of studies as a way to improve quality. Every month, each technologist pulls at random five studies that were done by the other. They go through and check that everything was handled properly. If a technician finds a problem, he or she calls it to the attention of the technologist who conducted the study and suggest ways the problem might have been better dealt with or avoided. It’s like steel sharpening steel.”

Still, quality is in the eye of the beholder—namely, the patient. To assess patient perceptions of quality, patients are asked to fill out a satisfaction survey at the end of the study before departing for home. Since some patients feel a need for greater anonymity to convey their true feelings, boxes are located in all heavily traveled corridors and the lobby so patients can deposit comments, good or bad. Comments from the surveys have been very positive. “The information we receive from these surveys is critical to the success of the lab since it offers insight into what we are doing right and what needs to be improved,” Sutton shares.

The laboratory—adherent to policies and practices set forth by the American Board of Sleep Medicine guidelines—is preparing to seek accreditation, which will further enhance its market stature. “We’re holding off on making our accreditation application until one of our physicians completes the process of obtaining his board certification in sleep studies,” Sutton says. “His certification is a basic requirement for getting the sleep lab accredited.”

By year’s end, Sutton expects continued growth will necessitate a decision as to whether the facility should increase the laboratory to four beds. Such a decision would have been made months ago were it not for the fact that registered sleep technologists are in desperately short supply and the hospital has been unsure it can recruit the two additional full-time employees required to staff the enlarged sleep laboratory.

Whichever route the laboratory takes, one thing is certain: the market for sleep studies in western North Carolina is bound to continue to rise—and the Diagnostic Sleep Center at Haywood Regional Medical Center will be there to meet the demand.

Leaving Heating on Overnight Can Lead to Sleep Problems 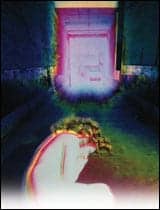 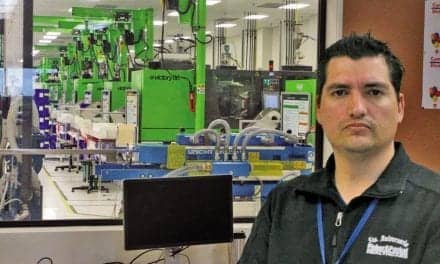 Fisher & Paykel Expand Molding in Mexico, Warehouse in US