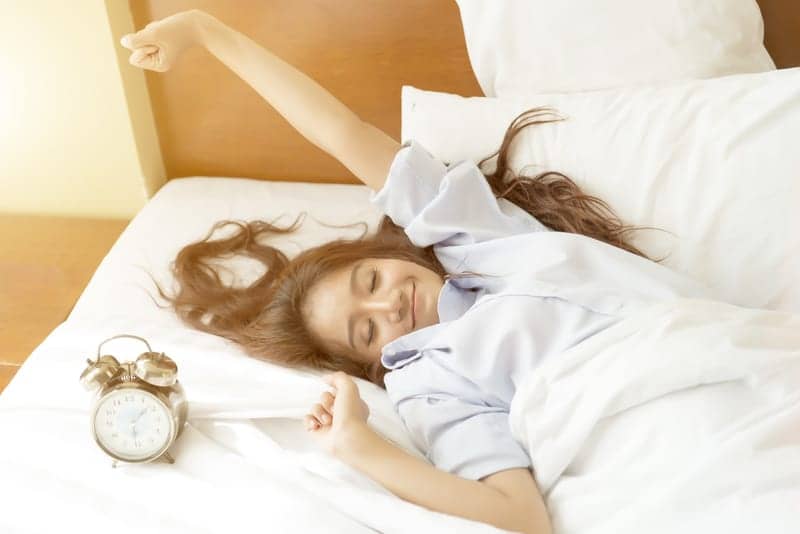 The National Sleep Foundation’s (NSF) annual Sleep in America poll shows that disciplined sleepers can afford the occasional shift of at least one-hour in their sleep schedules without paying the price the following day. These individuals also scored an average of 6 to 11 points higher on the Foundation’s Sleep Health Index than those with the most variable sleep timing, indicating notably better sleep health. 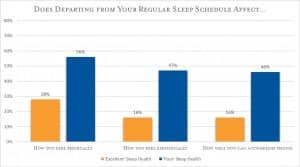 Graph 1: Overall Sleep Health Index scores were split into four equally sized groups (referred to here as excellent, good, fair, and poor sleep health) and crossed with responses to how greatly a departure of an hour or more from one’s typical sleep schedule affects productivity as well as physical and emotional well-being. Those with poor sleep health reported being most greatly affected on all three scales.

As compared to those with poor sleep health, US adults with excellent sleep health are 28 to 31 percentage points less likely to say that a one-hour departure from their normal sleep schedules affects their next-day physical and emotional well-being, as well as their productivity (see graph 1). 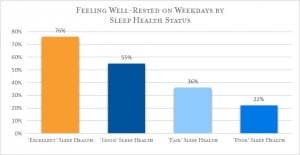 Setting specific bed times and wake times throughout the week is just as important as getting enough sleep. “Many of my patients are overcommitted between work, home, and trying to exercise, and find it difficult to take the necessary steps to prioritize sleep and maintain a consistent sleep-wake schedule,” says Helene Emsellem, MD, medical director of the Center for Sleep and Wake Disorders and chairman of NSF’s board of directors.

The National Sleep Foundation’s recent quarterly Sleep Health Index showed slight improvement in the nation’s sleep health, with the overall score reaching a new high of 77 out of 100. Results of the Index are promising, with upward trends reflecting improvement in knowledge of sleep and its associations with better health and wellness.

The National Sleep Foundation kicks off its annual Sleep Awareness Week Sunday, March 10, 2019, marking the final day of its Sleep Show in Houston, Texas, and the start of daylight saving time. Results of this year’s Sleep in America poll are especially relevant given the one-hour time shift.