The US Department of Transportation and Federal Aviation Administration (FAA) recently announced a sweeping final rule that overhauls commercial passenger airline pilot scheduling to ensure pilots have a longer opportunity for rest before they enter the cockpit.

“This is a major safety achievement,” said Ray LaHood, secretary of the Department of Transportation. “We made a promise to the traveling public that we would do everything possible to make sure pilots are rested when they get in the cockpit. This new rule raises the safety bar to prevent fatigue.”

“Every pilot has a personal responsibility to arrive at work fit for duty. This new rule gives pilots enough time to get the rest they really need to safely get passengers to their destinations,” said Michael Huerta, acting administrator of the FAA.

The Department of Transportation identified the issue of pilot fatigue as a top priority during a 2009 airline Safety Call to Action following the crash of Colgan Air flight 3407. The FAA launched an aggressive effort to take advantage of the latest research on fatigue to create a new pilot flight, duty, and rest proposal, which the agency issued on September 10, 2010.

Key components of this final rule for commercial passenger flights include:

In 2010, Congress mandated a Fatigue Risk Management Plan (FRMP) for all airlines and they have developed these plans based on FAA guidance materials. An FRMP provides education for pilots and airlines to help address the effects of fatigue, which can be caused by overwork, commuting, or other activities. Airlines will be required to train pilots about the potential effects of commuting.

Required training updates every 2 years will include fatigue mitigation measures, sleep fundamentals, and the impact to a pilot’s performance. The training will also address how fatigue is influenced by lifestyle—including nutrition, exercise, and family life—as well as by sleep disorders and the impact of commuting.

The estimated cost of this rule to the aviation industry is $297 million but the benefits are estimated between $247 and $470 million. While covering cargo operators under the new rule would be too costly compared to the benefits generated in this portion of the industry, some cargo airlines already have improved rest facilities for pilots to use while cargo is loaded and unloaded during nighttime operations. The FAA encourages cargo operators to opt into the new rule voluntarily, which would require them to comply with all of its provisions.

The rule will take effect in 2 years to allow commercial passenger airline operators time to transition. 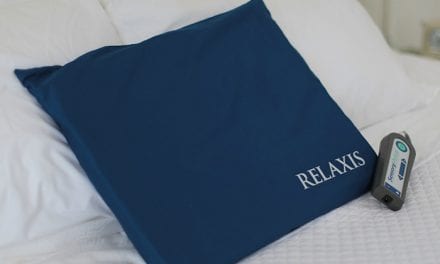 My Recent CPAP Use Has Triggered Traumatic Memories