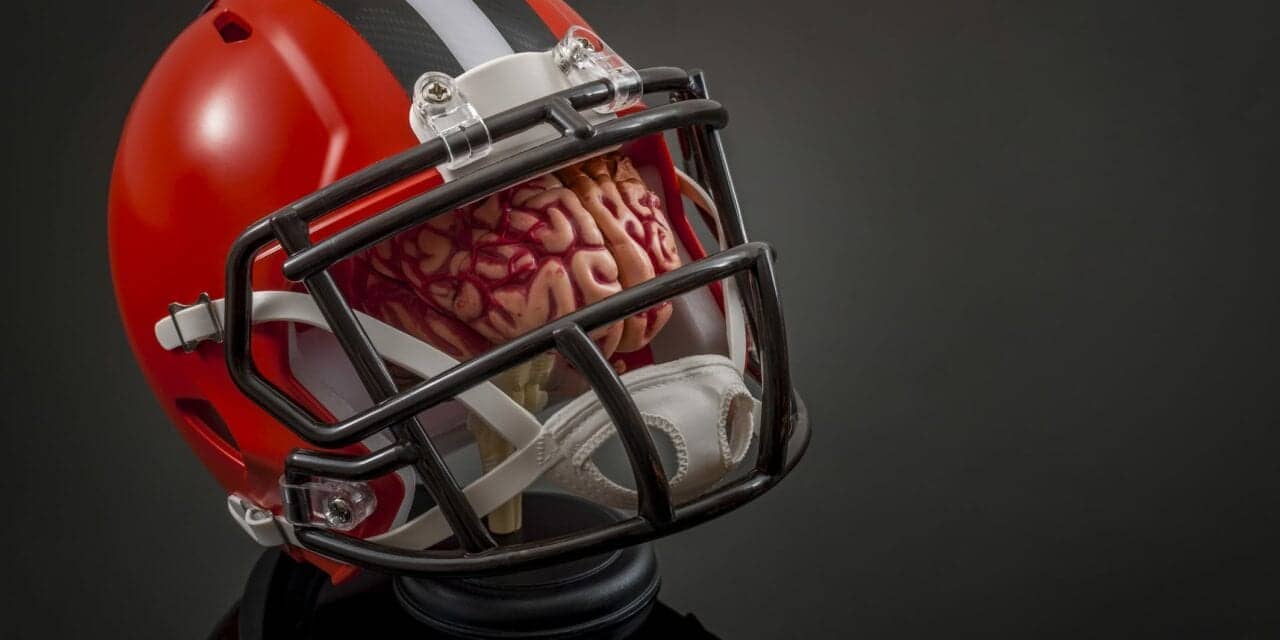 Repetitive head impacts are associated with development chronic traumatic encephalopathy (CTE). Some individuals diagnosed with CTE, a neurodegenerative disease, after death were reported to experience sleep dysfunction, but the type of disorder and its cause has never been formally explored.

A team led by researchers at the VA Boston Healthcare System and Boston University School of Medicine analyzed the brains of 247 athletes donated to the Veteran’s Affairs-Boston University-Concussion Legacy Foundation (VA-BU-CLF) Brain Bank to explore the relationship between contact sports participation, multiple brain diseases, and symptoms characteristic of rapid eye movement (REM) sleep behavior disorder (RBD). REM sleep behavior disorder occurs when the paralysis that normally occurs during REM sleep is incomplete or absent, causing individuals to “act out” their dreams by talking, flailing their arms and legs, punching, kicking, grabbing, and more.

The researchers hypothesized that this surprisingly increased frequency might be due to exposure to repetitive head impacts. Supporting this association, “we found that CTE participants with probable RBD symptoms had played contact sports for significantly more years than participants without these symptoms,” says Jason Adams, an MD/PhD student now at the University of California, San Diego, and first author of the study, in a release. “The odds of reporting RBD symptoms increased about 4% per year of play.”

The study further examined the brains of those with CTE and RBD and found an unexpected association between sleep dysfunction and pathology. Most patients with RBD have Lewy body pathology and are associated with Parkinson’s disease. But most of the CTE participants with RBD symptoms did not have Lewy pathology. Instead, compared to CTE participants without sleep symptoms, they were four times more likely to have tau pathology within brainstem nuclei involved in REM sleep.

[RELATED: NFL Players Diagnosed with CTE May Actually Have Sleep Apnea Or Other Treatable Disorders]

“Contrary to our expectations, tau pathology in the raphe nuclei was more strongly associated with RBD than Lewy body pathology, suggesting that tau pathology is more likely to lead to sleep dysfunction in CTE,” says Thor Stein, MD, PhD, a neuropathologist at VA Boston Healthcare System, assistant professor of pathology and laboratory medicine at BUSM, and the corresponding author of the study, in a release.

Although traumatic brain injury has previously been associated with REM sleep behavior disorder, the present study presents a link between probable RBD, contact sport participation, and brainstem tau pathology. The research group has previously shown that degenerative brain changes and associated clinical symptoms are correlated with total years of contact sports play. In prior studies, the number of years of contact sport participation was found to predict the severity of tau pathology in the brain as well as the CTE stage and was separately associated with the development of neocortical Lewy body disease. Additionally, the group has found that individuals with a history of repetitive head impacts and neuropathological diagnosis of CTE accumulate beta-amyloid at a younger age and accelerated rate and have an altered pattern of beta-amyloid deposition within blood vessels.

“Overall, more and more studies are showing that repetitive head impacts that can occur in contact sports are associated with increased risk for multiple neurodegenerations,” Stein says.

The new study advances our understanding of the consequences of repetitive head impacts in contact sports on the development of clinical symptoms and the pathology that underlies them, but further work is necessary to better define the risks associated with repetitive head impacts and neurodegeneration. The researchers would like to thank all the families who donated the brain of a loved one to make this study possible.

Why Are Some People Affected by Sleep Paralysis?

Nightmares Are Good for You, According to Scientists