In decades past, health issues for women were underinvestigated and undertreated as compared to men, and female health conditions were not investigated in the same way. This reflects what many people believe to be a historical tendency of society to pay more attention to men and their problems. Today, these attitudes are changing.

Scientists in the field of sleep have made great strides in support of women’s issues by assembling the beginnings of the body of knowledge necessary to break down these traditional barriers. This gender and diversity crossroads in sleep research lays the foundation for an equity approach to clinical practice as it recognizes and uncovers unique issues concerning women’s sleep.

SLEEP AND THE MODERN WOMAN

Women in today’s society struggle to balance family and work demands, and their sleep can be impacted by unique health issues related to this juggling act. As part of this year’s National Sleep Awareness Week (NSAW) activities in Washington, DC, the National Sleep Foundation (NSF) put on a scientific workshop on women and sleep. The workshop and the results of the NSF’s 2007 Sleep in America poll hold promise for opening the door to further examination of sleep in women. Proponents hope a better understanding of how women’s sleep is impacted by female hormonal and other biological changes, as well as societal and environmental issues, may lead to future changes in public policy.

“This year’s Sleep in America poll confirmed what many of us already suspected, but also had many surprising findings,” said Darrel Drobnich, the NSF’s policy, education, and research chief program officer. “Women’s lack of sleep affects virtually every aspect of their time-pressed lives, leaving them late for work, stressed out, too tired for sex, and with little time for their friends.”

The National Sleep Foundation’s 2007 Sleep in America poll sought to look at the sleep patterns of adult women, in part because its 2005 poll had found that women are more likely to experience sleep problems than men. The survey objectives were to determine the sleep habits of women, investigate how women’s sleep is affected during different reproductive stages, examine how women’s multiple societal roles affect their sleep, and identify how often women experience various sleep problems.

The poll methodology was a telephone survey of 1,003 American women aged 18 to 64 living in the continental United States. The design oversampled pregnant and postpartum women. Data from the 25-minute telephone survey was collected between September 12 and October 28, 2006. The margin of error was plus or minus 3% at the 95% confidence level. Among other results, the poll found that:

WHAT CAN WOMEN DO:

Some of the most eye-opening poll findings concerned postpartum women. “I was particularly surprised by the number of postpartum women whose newborns slept in their beds, and the fact that 47% stated that they had no one to help them with child care at night, and that almost one in five postpartum women experienced postpartum blues or depression,” said Meir H. Kryger, MD, an expert on women’s sleep issues and program chair for the workshop. Kryger is also the author of the book A Woman’s Guide to Sleep Disorders and director of research and education at Gaylord Sleep Center in Wallingford, Conn.

While researchers have long understood that pregnancy causes alterations in the endocrine system and other physical changes that impact women’s sleep, during both the pregnancy and the postpartum period,1,2 the NSF poll was the first national sleep survey to include postpartum women. It revealed that 84% of postpartum women have insomnia, which is the same rate as for pregnant women. Furthermore, 42% of those surveyed said they rarely/never got a good night’s sleep, which was a higher percentage than for any other group of women surveyed. In addition, 47% reported that no one helped them care for their children; 20% admited that they had driven drowsy with children in the car; and 19% said they had experienced postpartum blues or depression.

Many of the 1,003 women between the ages of 18 and 64 that the poll surveyed tended to compromise the most important aspects of good health, diet, exercise, and sleep in order to juggle the day’s ongoing responsibilities. When the surveyed women ran out of time, 39% said they reduced the time they spent with friends and family, 37% stopped eating a healthy diet, and 33% stopped having sex with their partners. Also, 60% said they got a good night’s sleep only a few nights per week or less, and 67% reported that they experienced sleep problems at least a few nights each week, with 46% of that group experiencing sleep problems every night.

Presenting data at the NSF scientific workshop, Kathryn A. Lee, RN, PhD, FAAN, professor at the University of California at San Francisco School of Nursing, discussed the topic of sleep disturbances in pregnancy and the postpartum period. Among other issues she highlighted, Lee explained the relationship between pregnancy and restless legs syndrome (RLS) and how it is rare in young healthy nonpregnant women. Studies have revealed that 15% to 25% of pregnant women develop RLS and that folate levels are lower during pregnancy.3 In addition, sleep onset latency was significantly delayed and depressed mood was significantly higher in pregnant women with RLS.

These research findings indicate a need to reconsider interventions during pregnancy, Lee said, adding that pregnant women who receive prenatal vitamins with folate and iron do not develop RLS at the same rate as those who take only multivitamins with iron. Preventive measures at preconception or the first prenatal visit should also include nutritional education about increasing intake of vitamin C and folate-enriched breads and cereals, as well as reducing intake of caffeine, she said.

Lee also presented data about parent-infant cosleeping or bed sharing that had specific implications for new mothers. Parent-infant bed sharing is controversial. Proponents claim it facilitates breastfeeding and bonding while opponents raise concerns about child safety, particularly for newborns who can suffocate under bulky adult bedding. Bed-sharing outcomes for 72 couples showed an increase in daytime fatigue in the fathers, and a decrease in daytime fatigue in mothers when the infant was 1 month of age. However, when the infant reached 3 months of age, both bed-sharing parents experienced the same amount of increased daytime fatigue.

Sleep is an increasingly rare commodity for American women. According to National Sleep Foundation (NSF) polls, women suffer from symptoms of sleep disorders at higher rates than men. Understanding the impact of hormonal and biological factors, as well as social, work, and family influences, is an important first step in helping women to obtain good sleep. At the NSF’s March state-of-the-science meeting regarding the effects of sleep on women’s health, safety, and productivity, topics covered included:

Data indicated that only 7% of couples studied planned to share their bed with their infant before the baby was born, and because these findings were similar between different ethnic and socioeconomic groups, the implication is that most parents implement bed-sharing spontaneously, rather than choosing it because of cultural practices or to cope with crowded housing.

IN THEIR OWN WORDS

In addition to also examining topics such as sex differences in sleep regulatory mechanisms, sleep throughout a woman’s life cycle, sleep disorders and medical conditions, sleep for women in the workforce, and the history of women’s issues in sleep research, the March conference also invited women with sleep problems to speak for themselves.

“We were very pleased at this year’s conference to complement the scientific presentation with panels of women addressing how sleep issues personally affect their lives whether due to a biological factor like menopause, a lifestyle factor like juggling work, home, or caregiving responsibilities, or the effect of a sleep disorder,” said Richard Gelula, MSW, the NSF’s CEO.

Presently, there is no framework on which to build a comprehensive, mainstream approach to gender health issues (including sleep) across the span of society. An ability to visualize and measure the many and varied ways in which policies and programs can cause or lead to discriminatory effects is essential in effectively assessing gender impacts around existing and new policy initiatives. Raising awareness among health care providers and women themselves of sleep issues unique to women will assist in female patients being taken seriously about sleep disturbances and other health issues.

The NSF’s efforts to gain a body of knowledge with considerable consensus about women’s sleep can help create the tools and processes required before embedding gender considerations in policy and planning can take place. Education to enable women to take themselves and their own sleep health care seriously appears to be critical for treatment plan success, as well as for an equity approach to gender-diversity practice.

Theresa Shumard, BA, is a longtime sleep technician and medical columnist, and the founder of REMgazer Sleep Communications. She is the host of the “Let’s Talk Sleep with Theresa Shumard” radio program. She is a member of the Sleep Review Editorial Advisory Board and can be reached at sleepreviewmag@allied360.com. 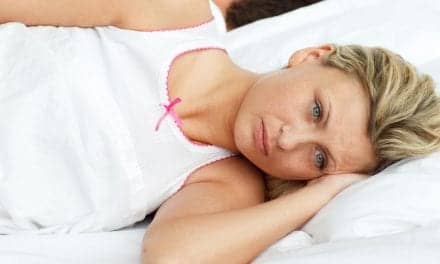