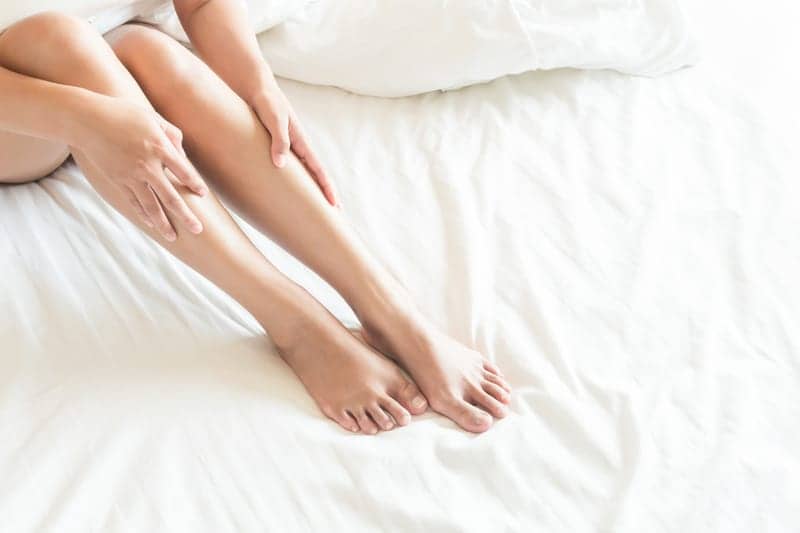 An international team led by the Technical University of Munich (TUM) and the Helmholtz Center has carried out a large genome-wide association study on the genetic causes of restless legs syndrome (RLS). They discovered 13 new genetic risk variants and identified underlying candidate biological processes.

Patients with RLS experience a strong urge to move at night and suffer from unpleasant sensations such as pain or tingling in the legs. Up to 10% of the European population is affected. Many of those affected have to contend not only with the actual symptoms but also with consequences such as sleep deficiency, depression, or anxiety. In severe cases, patients have to take medication throughout life.

Little is known about the molecular causes and the precise mechanisms of the condition. Juliane Winkelmann, MD, professor of neurogenetics at the TUM and head of the Institute of Neurogenomics at the Helmholtz Center Munich, and her team have been researching this neurological disorder for over a decade. She and her team have already found that genetic factors play a role. With the help of international partners from Cambridge University in the UK and the US company 23andMe, they have now carried out study of 45,000 patients. The findings are published in Lancet Neurology.

“We were able to identify a total of 19 risk-associated genetic variants, of which 13 are new. We’re confident that our findings will significantly improve our understanding of the molecular causes of restless legs syndrome,” says Barbara Schormair, PhD, of the Institute of Neurogenomics at the Helmholtz Center in Munich and one of the first authors of the study. The term “risk-associated variants” denotes point variations in the sequence of letters in the DNA molecule that are more common among individuals with a disorder than among those without it. Genes associated with the development of the disorder are located at, or at least near, such variants.

The international team compared the genetic data of 15,000 patients with those of 95,000 people from the general population. The results were subsequently confirmed in a further study with 31,000 new patient data sets and more than 280,000 control data sets.

The researchers also investigated the biological processes that are most likely associated with the risk variants and made a surprising discovery: They found that genes involved in the embryonic development of the nervous system are mainly involved—despite the fact that the condition usually manifests itself decades later.

“This suggests that aberrations in certain congenital features of the nervous system only become apparent much later in the form of restless legs syndrome. Armed with a better understanding of the causes, we can start to think about appropriate treatments. Our genetic study has taken us a big step forward in finding new and better treatment options for our patients,” Winkelmann says, summarizing the findings of the research team, which includes Steven Bell, PhD, and Emanuele Di Angelantonio, PhD, MSC, of Cambridge University and Bertram Müller-Myhsok, MD, of the Max Planck Institute of Psychiatry.