Around half of women who have been treated for locally advanced cervical cancer suffer from symptoms of insomnia, fatigue, or hot flashes at some point, according to research presented at the ESTRO 36 conference.

Stéphanie Smet, MD, a resident in radiation oncology at the Medical University of Vienna, Austria, who presented the research, says that these symptoms may have a substantial impact on patients’ daily lives and they need to be better recognized and treated when necessary.

The study involved 1,176 patients with locally advanced cervical cancer, treated at 22 centers around the world between 2008 and 2015. All received the gold-standard treatment of radiotherapy combined with chemotherapy, followed by brachytherapy, where an MRI scanner is used to guide a radioactive implant to the site of the cancer to deliver a high dose of radiotherapy. Patients were followed up for an average of 27 months.

They were assessed for symptoms by their doctors and filled in questionnaires themselves. The results show that 64% of women were experiencing fatigue to some degree at least once during their regular follow-up examinations in the years after treatment. For insomnia, the figure was 43% and for hot flashes it was 50%. These symptoms were mainly in the mild to moderate range. Severe or disabling symptoms were rare at 4%, 3%, and 2% respectively.

Patients were on average 49 years old, ranging from 22 to 91, and the results show that younger women were more likely to experience these symptoms.

Smet told the congress: “Our study shows that around half of women with locally advanced cervical cancer are, at some point, suffering from mild to moderate fatigue, insomnia, and hot flushes. These symptoms could have a serious impact on patients’ daily life, possibly influencing how they feel in their professional, social and family life.

“More and more women diagnosed with this type of cancer are surviving for longer, thanks to advances in radiotherapy. This is a relatively young group of patients, so many will possibly face decades of coping with their symptoms.

“It is important to realize that these symptoms can already exist before patients start the treatment, sometimes even before they are diagnosed with cancer. It is difficult to distinguish whether and to what extent these symptoms are caused by the cancer itself, by the treatment or by other factors. In most cases, it is probably a combination.”

Until now, research in this area of radiotherapy has primarily focused on symptoms related to nearby organs at risk such as the bladder, bowel, rectum, or vagina. Smet continued: “We hope that by presenting our report we will create more awareness for these under-recognized symptoms.

“There has been a great deal of research on treating cancer-related fatigue and insomnia, and treatment options include drugs, physical exercise, and psychological counselling. Hormone replacement therapy can be a safe and effective treatment for hot flushes, if it administered as soon as the menopause begins and for a period of four to five years.”

Smet told the congress that more work is needed to decipher which patients are most at risk of developing these symptoms and to tailor support accordingly.

She also said that the study could help understand the symptoms experienced by other cancer patients who are treated with pelvic radiotherapy. This includes other gynaecological cancers as well as rectal and prostate cancer.

President of ESTRO, Yolande Lievens, head of the department of radiation oncology at Ghent University Hospital, Belgium, said: “Thanks to advances in treatment, cancer survival is improving, which makes us aware of the fact that besides the loco-regional side effects we are typically focusing on, we should also be vigilant for more general side effects. These results highlight how important it is to follow cancer survivors in the long term. Medical teams who look after patients treated for cancer of the cervix, and by extension other gynacologic and pelvic cancers, need to be aware of symptoms such as fatigue, insomnia, and hot flushes, and be able to advise on management and treatment options.” 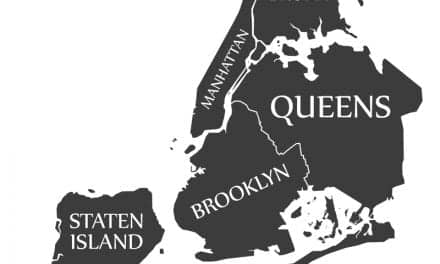