Behavioral changes and clinical findings as they relate to sleep and age.

Working directly with thousands of patients and their families, I cannot count the number of times that I’ve heard one of the following statements:
• From the parent of the toddler that has developed cosleeping habits, “That’s just normal for his age.”
• From the middle-aged snorer that can’t stay awake during the evening news, “It’s normal for someone my age to snore.”
• From the 68-year-old retiree with excessive daytime sleepiness, “It’s normal for someone my age to need to take naps.”

Investigating sleep as it relates to age and determining what is “normal” is difficult at best. However, behavioral changes and clinical findings as they relate to sleep and age can be described. Although the majority of changes to sleep as we age are considered natural and benign, as a clinician it is important to recognize those changes that typically occur through aging.

BIRTH TO AGE 1
Although the full-term newborn spends approximately 50% of sleep time in active sleep, it is important to note that premature babies spend approximately 80% of sleep time in this state. A certain degree of brain maturation is required for quiet sleep. This led to the belief that the preponderance of REM sleep in premature babies and newborns may be important to ongoing development. Although a newborn typically enters REM sleep quickly after falling asleep, by around the age of 3 months, the baby enters NREM first and this pattern continues for life.3 The preponderance of REM sleep decreases through the first year and is thought to correspond with the decrease in total sleep time, which declines to 13 hours at 12 months from approximately 18 hours at birth. REM sleep declines from 7 to 8 hours at birth to approximately 6 hours at 6 months and then to 4 to 5 hours at 12 months.1 There is some sleep consolidation with relationship to the light dark cycle by the age of 6 weeks. However, the longest wake period is still randomly distributed at 3 months. This becomes nonrandom at 4 to 5 months when sleep onset time becomes more stable. By 6 months, the long sleep period follows the longest wake period and the wake to sleep transition becomes relatively fixed in a 24-hour cycle.4

The EEG shows marked changes throughout the first year of life. The mixed frequency EEG absent of a clear posterior rhythm seen at birth changes throughout the first 3 months. By this age, the working posterior rhythm is evident at 3 to 4 Hz. This frequency, which eventually develops into alpha, increases gradually over the course of the first few years of life. Between 3 and 6 months, sleep spindles begin to appear, lasting for several seconds. K-complexes and vertex sharp waves are seen during NREM sleep at 6 months and distinction can be made between stages 1 and 2 and stages 3 and 4 sleep.1

TODDLERS AND YOUNG CHILDREN
Stage 3 and 4 sleep comprise about 50% of the total NREM sleep of a 1-year-old and will remain at that high level for the next few years. A young child will move quickly through drowsiness and the lighter stages of sleep into stage 4 sleep—usually within 10 minutes.3 During slow wave sleep, children are difficult to awaken and may not be aroused with auditory stimuli up to 123 decibels.1

Night waking and settling issues are the most prominent sleep disturbances in 18- to 36-month-old children. This includes behaviors of cosleeping for all or part of the night. The child resists being alone in a way that makes bedtime unpleasant, and the parent has to hold the child until they fall asleep. These sleep disturbances coincide with areas of developmental vulnerability for this age group. Going to bed and falling asleep mirror the act of separation.5

PREADOLESCENTS
After age 6, children become good sleepers falling asleep quickly with few awakenings. They are typically highly alert during daytime hours. Studies using the Multiple Sleep Latency Test (MSLT) demonstrate sleep onset latencies of 17 to 18 minutes. Some children ages 7 to 10 did not sleep at all on the MSLT.1

Snoring due to obstructive sleep apnea (OSA) and/or upper airway obstruction can occur in children of all ages.6 Although many of the nighttime symptoms of OSA are the same in children as they are in adults, children typically exhibit different daytime symptoms. Whereas the adult with sleep apnea may seem lethargic and exhibit a predisposition to fall asleep, the child with sleep apnea may exhibit signs of hyperactivity with difficulty maintaining focus. Adenotonsillar hypertrophy is the most common cause of upper airway obstruction in children.6 Therefore, a child exhibiting any of these night and/or daytime symptoms should be considered for further evaluation.

ADOLESCENTS THROUGH LATE TEENS
The amount of sleep required for optimal alertness in adolescents appears to be about the same as that required in the preadolescent years. The discrepancy between the amount of sleep adolescents need and the amount they typically obtain partially accounts for the increase in sleepiness that occurs with this age group.1 Even though sleep deprivation accounts for the majority of their sleepiness complaints, narcolepsy should be considered in the excessively sleepy teen. The age of onset for narcolepsy varies from childhood to a person’s 50s, but the peak for onset is in a person’s 20s.6

20- TO65-YEAR-OLDS
A young adult with no sleep complaints enters sleep through NREM with NREM and REM alternating with a period of approximately 90 minutes. Slow-wave sleep predominates in the first third of the night with REM sleep predominating in the last third of the night. Wakefulness within sleep usually accounts for less than 5% of the night. REM sleep comprises 20% to 25% of sleep in discrete episodes. NREM sleep in this age group is typically divided as: Stage 1 sleep = 2%-5% of total sleep time, Stage 2 sleep = 45%-55%, Stage 3 sleep = 3%-8%, and Stage 4 sleep = 10%-15%. Although this breakdown of sleep staging is a generalization for a young adult, we do see changes to the percentages of sleep stages as age increases.

This age group begins to present with an increased number of sleep-related complaints. These complaints increase as age increases. However, normal aging must be viewed in conjunction with each individual’s pathological age. Evidence suggests medical disorders play an important part in poor sleep seen in old age. Chronological age may play little if any role in the increased prevalence of poor sleep with aging when a sufficient number of other causes is taken into account.2

The prevalence of snoring increases with age at least up to age 70.2 The age-dependent component of sleep apnea leads us to believe that sleep apnea risk factors and underlying mechanisms may best be modeled as indicators of biologic and/or physiologic age.2

65 AND BEYOND
Age-dependent increases in the occurrence of periodic limb movements have been noted in clinical case studies. Approximately 45% of a randomly selected population over 65 years of age meets an arbitrary criterion for the prevalence of such movements.2 This high prevalence is considered only one factor in the high percentage of individuals over the age of 65 complaining of insomnia.

Nocturia plays a role in sleep disturbance in the elderly. Older people are more susceptible to awakening during the night due to intrinsic sleep fragmentation. At this point, they become aware of the need to void.7 Night awakenings increase in prevalence from 28% to 43% if awakenings due to nocturia are included.2 Additional contributors to sleep disturbance in older adults include decreased light exposure, inactivity, daytime naps, bereavement, medical conditions, or degenerative central nervous system changes. Because the suprachiasmatic nucleus of the anterior hypothalamus deteriorates with age, alteration of the circadian rhythms in aging persons may reflect that deterioration.2

The sleep architecture of this age group suggests that REM sleep as a percentage of total sleep is maintained well into healthy old age.2 The most easily recognized age-related change to the EEG pattern is the decrease in slow-wave sleep. This change may be due in part to the decrease in EEG amplitude we typically see in the elderly.

With the variety of changes to sleep behavior and sleep architecture that occur through aging, it can be easy for the layperson to pass off their sleep-related complaint(s) as a normal characteristic of age. However, daytime sleepiness is not an inevitable component of aging.

Although changes in the EEG and in sleep behavior occur throughout life, the majority of negative changes in sleep that we see as an individual ages appear to relate more to that individual’s physiological age and/or medical condition than actual chronological age. Any individual that has sleep-related complaints should have those complaints taken seriously and considered for further evaluation even if it may be “normal” for their age.

Michael E. Garrison, RPSGT, is supervisor of the Sleep Disorders Center at the University of Kansas Medical Center in Kansas City and a member of the Sleep Review editorial advisory board. He can be reached at mgarriso@kumc.edu. 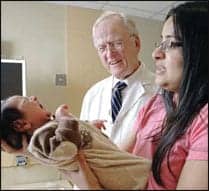 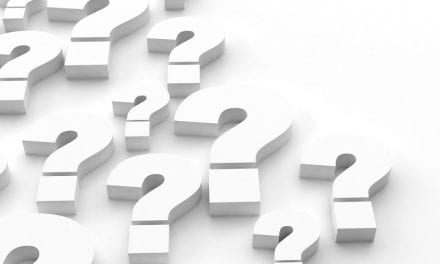