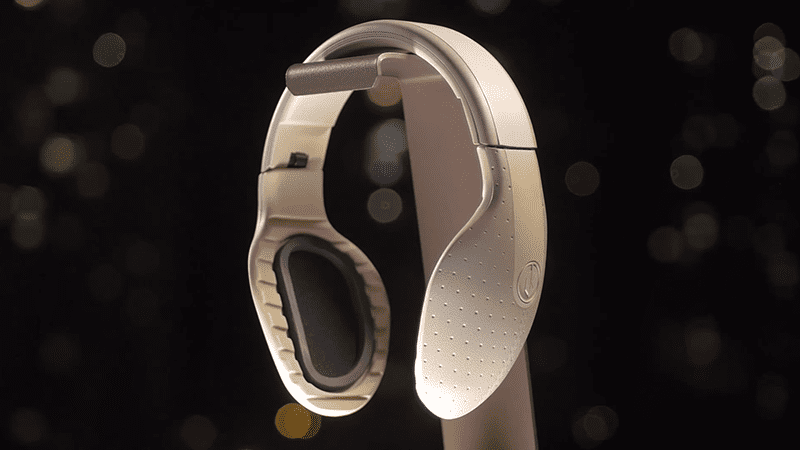 Sleep sensing headphones have been developed, according to Robotae, a robotics consultancy based in Cambridge, United Kingdom. The falling cost of mechatronics—the fusion of mechanical, electronic, and control engineering—is making robotics and artificial intelligence more accessible to consumer electronics, and Robotae will be showcasing a number of its projects at the Engineering Design Show 2016 on October 19-20.

Robotae develops systems that respond intelligently to changes in their environment. Kevin Rathbone, PhD, founder and CEO, says in a release: “Processors, sensors, and actuators are becoming faster, smaller, and cheaper. They are also more power efficient and this is making it more feasible to incorporate mechatronics into a wider range of portable consumer products. This has coincided with advances in artificial intelligence and the development of new robotic safety standards.”

Kokoon Technology’s CEO Tim Antos first had the idea for the sleep-sensing headphones when he secured a high level job and decided to improve his sleep patterns to cope with the increased stress. Tim discovered audio relaxation to be an effective solution, but found his regular headphones uncomfortable to wear when sleeping.

He developed the concept of Bluetooth headphones that use an electroencephalography (EEG) sensor to monitor electrical signals from brain neurons, lowering the volume of music as the wearer drifts off to sleep.

Taking matters into his own hands, he launched a Kickstarter campaign. After an initial campaign target of $100,000 in 2015, Kokoon has now raised almost $2 million and has pre-sold 10,000 units. In order to accelerate development of the product, the company sought assistance from Robotae. The company was selected to design the electronics architecture and PCB (printed circuit board).

Co-founder and CTO Richard Hall says: “We needed to de-risk the project and it was vital to have electronics design and support we could rely on. Robotae was involved in taking the design past ‘proof of concept’ into ‘full development’, working on second-generation prototype electronics. This was critical to the development of our physical product and scientific research activities.”

Rathbone says: “Kokoon needed development to start immediately, while they grew the team. It’s a great concept with enormous potential, so I was keen to get involved. By the time they had recruited a permanent electronics engineer, I had developed their proof of concept into an architecture suitable for product development, significantly extended the battery life, and designed a development PCB to allow the team to experiment with various hardware options and begin embedded software development.”

The noise-cancelling headphones’ EEG sensor allows for more sophisticated sleep monitoring than the motion tracking software used by other wearables.

Richard believes that the Kokoon headphones and the accompanying mobile app with audio library, sleeping techniques, and progress tracker opens up potential in the future for marketing as a medical device.

He says: “Kokoon uses EEG sensing as used for medical science for brain activity research and sleep studies. Most wearable devices use actigraphy (monitoring of human rest/motor activity cycles), which gives loose approximations of sleep states and has limited value in the area we need.”

Visitors can visit the Robotae stand (F105) at the Engineering Design Show at the Ricoh Arena, Coventry.