Tying It Together: New Trends in PSG Electrodes and Sensors

The sensors and electrodes in a polysomnography (PSG) examination are as important to sleep medicine as the electric cord is to a table lamp; just as there is no light without an electric connection, there can be no PSG results without a host of electrodes and sensors, from the pulse oximeter sensor to the effort belt and EEG.

Although fastening sensors and electrodes to the patients is cumbersome to both the patients and technicians, proper attachment and adhesion are essential to receiving quality results. Patients and technicians may never be completely freed from these tethers, but there have been some advances in wireless technology—as well as new American Academy of Sleep Medicine (AASM) standards that will affect accredited sleep laboratories in less than a year.

Recently, new scoring standards for sleep laboratories were published by the AASM. Accredited AASM sleep centers must comply with these changes by July 1, 2008.

Piezo-based effort belts measure the tension in a single location, where the band pulls the sensor crystal during chest or abdominal movement. However, patient movement and loss of tension, such as when a patient turns on their side, can affect accurate results. Piezo belts also can produce false paradoxing. Consequently, the AASM sought a more reliable way to measure effort.

While esophageal manometry is considered the gold standard for detection of respiratory effort, the procedure is invasive and rarely used in sleep laboratories for the testing of SDB or OSA. However, the AASM’s other recommendation, the RIP system, is noninvasive and has been available for many years.

Uncalibrated RIPs are similar to a piezo belt, but instead of having a single piezo crystal center resting on a single location, a RIP generally has an electronic wire that runs throughout the entire belt. When the wire stretches, it reduces resistance to the electrical flow, which changes the signal. Thus, the stretching and unstretching of the entire band determine respiratory effort.

Calibrated RIPs work similarly, but must be calibrated and can provide additional information, such as the flow volume loop (FVL).

Perhaps the main reason why RIPs have not gained wider acceptance before the AASM revised its standards is cost. Uncalibrated RIPs are approximately three times more expensive than a piezo effort belt; calibrated RIP effort belts may cost as much as seven or eight times more than a piezo. With the new AASM recommendations, however, accredited centers will have to find the financial resources to apply these new standards.

As a result of the new scoring manual, there are other changes that will affect sensors and electrodes. William Kohler, MD, Diplomate of the American Board of Sleep Medicine (DABSM) and former chairman of the accreditation committee for the AASM, briefly outlined some of these changes. They include:

Aside from AASM clinical changes, some sleep clinics are also changing their reusable gold cup electrodes to disposables.

Disposable versions of sleep sensors and electrodes are available now for almost any sleep channel, including effort belts, periodic limb movement, pulse oximetry, as well as EEG, EOG, and ECG.

These single-use “peel and stick” disposables have the advantage of reducing biohazard exposure to both patients and technicians, and also may reduce a technician’s labor and time. Disposables do not need to be cleaned, sterilized, or repaired, while nondisposables, such as gold cups, must be thoroughly maintained.

Stephen Tarnoczy, RRT, RPSGT, at SleepTech LLC, Kinnelon, NJ, feels that the risks of cross contamination for nondisposables are minimal in a sleep laboratory. He says, “We’re talking about surface electrodes. We’re not talking about needle or scalp electrodes in the EEG. There really shouldn’t be a break in the skin integrity or the exchange of blood or serous fluid or things like that.”

For some, however, disposables may be more comfortable for the patient with less time to apply them and clean up after the sleep study. Many are prefilled with conductive gel, and therefore need little, if any, additional conductive gel to adhere to the patient and get a good signal.

Despite their convenience, many veteran RPSGTs still believe that gold cup electrodes are worth the time to clean and maintain. Tarnoczy says, “Nothing will beat the gold cup electrode because the gold, being a more dense metal, will conduct electrical signal a lot more with a lot less artifact than a silver chloride [disposable] electrode.”

For Brenda Hocking, another veteran RPSGT and the technical support manager for Medical Valuable Acquisition Products (MVAP), Newbury Park, Calif, the choice between reusables and disposables is really an economic decision more than it is a quality or convenience issue.

She says, “Usually, it comes down to cost efficiency for sleep labs because [sensors and electrodes] are budgeted.”

Joseph Anderson, RPSGT, RPFT, CRT-NPS, vice president of sales and marketing, Sleepmate Technologies, Midlothian, Va, adds, “Almost always, the reusable is cheaper in the long run,” he says. “If your lab does home studies or an occasional sleep study, maybe disposables will work better so you don’t tie up your money in reusables. But the bread and butter laboratory should use reusables and either a piezo or uncalibrated RIPs because it’s more cost-effective.”

Proper electrode preparation and placement are essential to achieve the best results and decrease the chance of having artifact, or disturbing patients to replace or reposition electrodes.

Patients should be advised to shower and wash their hair before the study. Men should be freshly shaven, except for beards or mustaches. Likewise, women should be showered and free of makeup, lotions, and nail polish.

EEG preparation using the 10-20 system of replacement is time-consuming, but essential for a good signal. After measuring and marking the correct electrode positions on the patient’s head, technicians must abrade the site or use a minimal amount of preparation solution to clear the skin of dirt or skin oils.

Technicians also should be equipped for applying electrodes to different skin—and hair—surfaces.

For example, patients who are diaphoretic may benefit from specially designed disposable diaphoretic electrodes made with a distinctive adhesive gel that will stick to the patient despite excessive perspiration.

To accommodate patients with beards and mustaches, laboratories need to have a combination of special adhesives and pastes and surgical tape in order to successfully apply an electrode with a clean signal.

Finally, technicians should be cognizant of a patient’s skin allergies. Tarnoczy says he is seeing more patients who are allergic to adhesives. Consequently, it is important for attending technicians to screen patients and review their history before the study. Once the technicians are aware of potential challenges, a variety of alternative sensors and adhesives can be on hand to accommodate patients’ needs.

PSG manufacturers are now introducing portable wireless PSG acquisition systems. The systems use the same cables as nonwireless systems, but instead of cables being attached directly into the polysomnograph system or head box, they are typically hooked to a small, portable, amplifier unit that can be worn by the patient. The amplifier unit can then relay the data to the acquisition computer via Bluetooth technology or via a secure medical grade version of 802.11b wireless protocol.

These new wireless systems do not eliminate sensor and electrode cables entirely, but they do allow the patient more freedom to move and go to the bathroom without having to be unhooked. For sleep laboratories based in hospitals or hotels, the systems can eliminate running cable between the patient’s room and the technician’s station. (For more information on wireless systems, read “Marketing Trend” in our January/February 2007 issue and “Cut the Cord” in our September 2006 issue.)

Sleepmate looked into Bluetooth technology for sensors because it does not typically conflict with other communication and medical devices in a hospital setting. However, Bluetooth requires a significant amount of power, especially for sleep sensors that must consistently generate signals throughout an entire night’s sleep study.

Anderson says, “The sensors themselves are very small, but trying to power them [requires a lot of energy.] So, if you put rechargeable power in them, it can be [expensive.]” As a result of the cost and power requirements, Anderson does not foresee wireless sensors and electrodes entering the market within the next decade.

Electrodes may also one day play a part in home testing. As home testing and telemedicine become more cost-efficient—and commonly reimbursed—patients may be sent home with simple recorders with disposable, easy-to-apply electrodes for diagnosing simple OSA. But that day will mostly likely be far into the future.

Tor Valenza is a staff writer for  Sleep Review. He can be reached at sleepreviewmag@allied360.com. 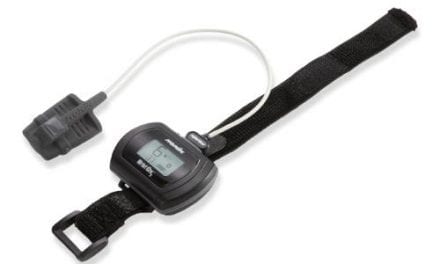 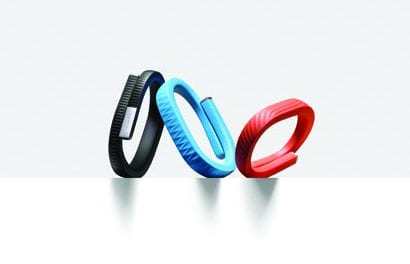