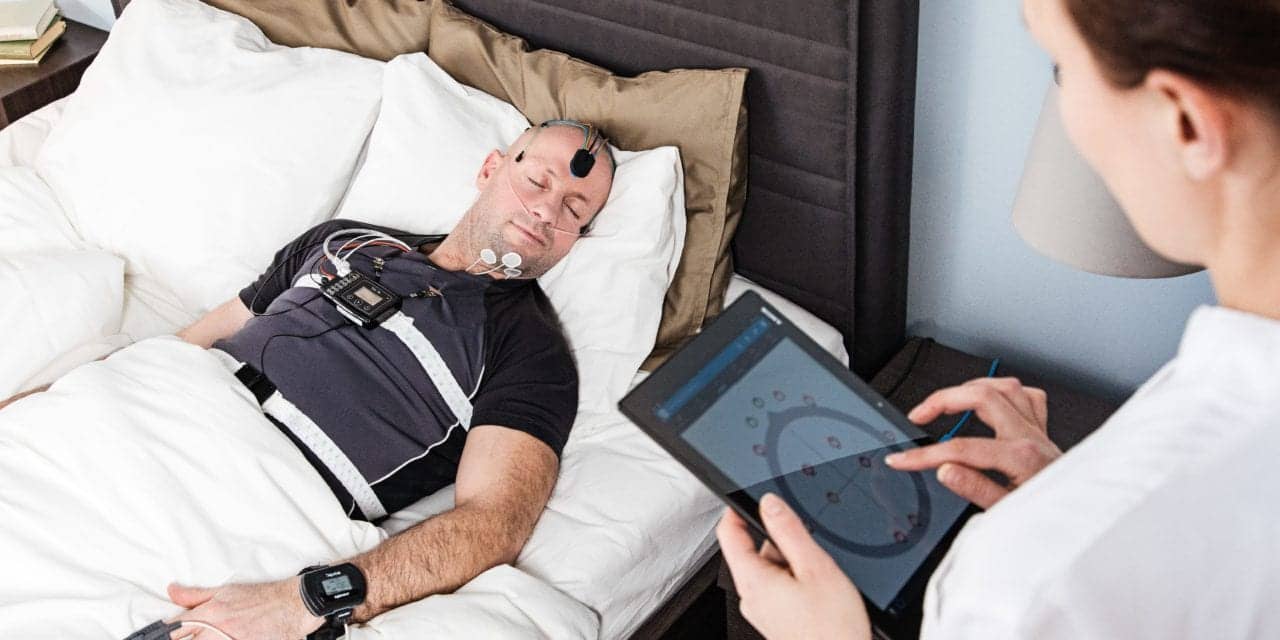 Newly available in North America, the A1 PSG can also be biocalibrated via handheld tablet.

Sleep technologists can relate to Sisyphus, the mythical Greek king who pushed a boulder up a hill only to have it roll down each time, as they connect, disconnect, and reconnect patients to polysomnography (PSG) electrodes and sensors to allow in-lab sleep study patients to use the bathroom and move about the room for other reasons.

To allow for those electrodes and sensors to be connected only once, Nox Medical now markets a wireless PSG to sleep disorders centers in the United States and Canada—it’s been available in Europe since 2014—and Nox Medical CEO Pétur Már Halldórsson says the Nox A1 also has other features that make the dual in-lab and at-home sleep study device an efficient choice.

“The patient can go to the bathroom in the lab, sit up and watch TV before going to bed, and no one needs to go in,” Már Halldórsson says, “He can roam around without having a technician disconnect him for a simple thing like going to the bathroom.”

[Related: Is No Contact the Future of Home Sleep Testing?]

What’s more, the A1 can biocalibrate via a handheld tablet, which means sleep techs don’t have to return to the control room for this task. “It’s quick to set up the patient and you don’t have to rehook the patient or disconnect and connect again, which makes it harder to cover multiple patients,” Már Halldórsson says. “A 3-1 ratio is quite common with the A1.”

The A1 streams the data over a Bluetooth interface, while it also records the data onto the device itself. It uses an AA battery—which is the sole power source for home use. For in-lab use, the AA battery powers the device, then the device is also connected into the main center line to transmit data to the control room.

Envisioning a PSG “as a small device that can collect all the gigabytes of data that are needed over one-nights’ sleep, all powered by a double-AA battery, is a unique thing,” Már Halldórsson says.

The A1 uses the same software suite as the Nox T3 home sleep test.

The A1 is representative of Nox Medical’s mission of “being more complete, but less complex,” Már Halldórsson says. “We want to make data collection as easy as possible but without sacrificing deep and rich insights.”