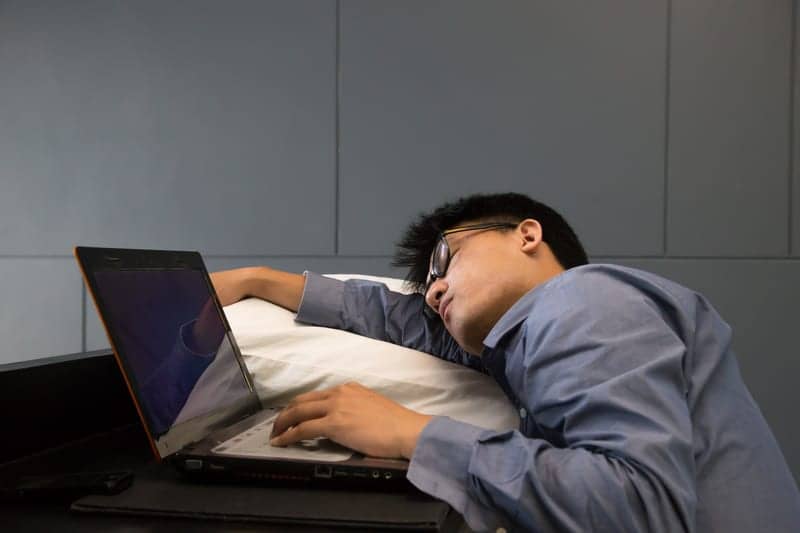 Asia One reports that the companies of the growing technology sector in China are allowing workers to sleep on the job in order to meet deadlines or avoid lengthy commutes.

Office workers sleeping on the job have long been a common sight in China, where inefficiency and a surplus of cheap labour can give workers plenty of downtime.

But China’s technology sector is different. Business is booming faster than many start-up firms can hire staff, forcing workers to burn the midnight oil to meet deadlines.

“The pace of Chinese Internet company growth is extremely fast. I’ve been to the United States and the competitive environment there isn’t as intense as in China,” said Cui Meng, co-founder of start-up data company Goopal.

The company’s programmers work overtime every day, he added. They are allowed to sleep around lunchtime and after 9pm, at their desk, on the sofa or on a beanbag chair.

At its most extreme, some tech company employees even live at the office during the work week.

Liu Zhanyu at DouMiYou-Pin, a recruitment and human resources platform, bunks down in a converted conference room from Monday to Friday to avoid the daily commute of more than an hour to his home in Beijing’s far eastern suburbs.

Get the full story at www.asiaone.com

Theories on Why Night Owls Exist

How Going To Sleep Angry Can Compromise Your Quality of Sleep

How Caffeine Can Hurt Your Potential for Success