Chicago comedians Sarah Albritton and Catherine Povinelli have created a superhero with narcolepsy who will soon star in a web series, reports Chicago Now. Albritton has narcolepsy in real life.

Teme: What parts of the pilot are based on your own experience?

Sarah: A lot of films that depict narcolepsy aren’t very factual. They have people falling asleep in their soup. And I do fall asleep. It is a thing that happens.

But I wanted to make sure that whatever was done, it was the way it would really be done. For example, I’ve done that thing where you’re standing up and fall to the ground. It’s called a cataplexy. It happens at a heightened state of emotion. So when I’m really excited or really angry or really surprised, that’s when I would have a cataplexy.

Povs: One thing we start off with in the pilot is that it’s very difficult to wake Sarah up in the morning. The story starts off with my character and her best friend, Lee, making numerous attempts to wake her up with a foghorn. I jump on her and then actually have to physically push her to wake her up, which is pretty close to reality.

Get the full story at www.chicagonow.com 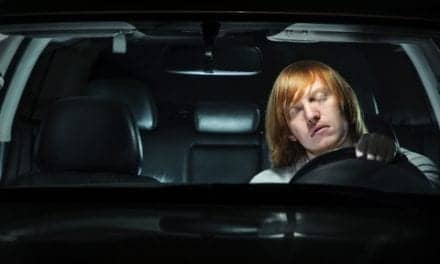