Sunlight and An Internal Switch Dictate When We Sleep

A FiveThirtyEight report examines the scientific evidence that demonstrates the connection between the circadian rhythm and environmental cues such as sunlight.

This sun-sleep connection in humans and flies alike got scientists like Russell Foster, a professor at Oxford University in the United Kingdom, asking questions such as: What happens when we don’t have the mechanisms in our eye to distinguish dawn from dusk and send that message to the brain? Why can we still fall asleep according to the circadian rhythm? The answer, Foster said, is that mammals have a third layer of photoreceptors in the eye. It used to be that scientists thought rods and cones, cells that help us process images, were the only ones in the eye that worked to detect light. But when they removed these cells in mice, they noticed that the mice could still keep up with the circadian rhythm. The hidden cells, they found, were intrinsically sensitive to light and acted as a backup measure to keep us on our sleep schedule, whether we can see that the sun is up or not.

Foster also pointed out that being an early riser or a late sleeper is hardwired into our genetic code. It’s a gift from our parents, who, by hereditary law, will always have a say in when we go to bed at night. This, he said, is what makes it so difficult to reset our biological clock when we travel across the world or take up the night shift.

Get the full story at www.fivethirtyeight.com 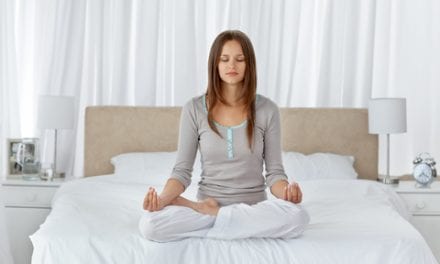 Sleep Yoga is a Thing, So We Tried it Out

Family Members Can Be First to Notice Symptoms of Sleep Apnea