New research shows how the depth of sleep can impact our brain’s ability to efficiently wash away waste and toxic proteins.

Because sleep often becomes increasingly lighter and more disrupted as we become older, the study reinforces and potentially explains the links between aging, sleep deprivation, and heightened risk for Alzheimer’s disease. “Sleep is critical to the function of the brain’s waste removal system and this study shows that the deeper the sleep the better,” said Maiken Nedergaard, M.D., D.M.Sc., co-director of the Center for Translational Neuromedicine at the University of Rochester Medical Center (URMC) and lead author of the study. “These findings also add to the increasingly clear evidence that quality of sleep or sleep deprivation can predict the onset of Alzheimer’s and dementia.”

The study, which appears in the journal Science Advances, indicates that the slow and steady brain and cardiopulmonary activity associated with deep non-REM sleep are optimal for the function of the glymphatic system, the brain’s unique process of removing waste. The findings may also explain why some forms of anesthesia can lead to cognitive impairment in older adults.

The previously unknown glymphatic system was first described by Nedergaard and her colleagues in 2012. Prior to that point, scientists did not fully understand how the brain, which maintains its own closed ecosystem, removed waste. The study revealed a system of plumbing which piggybacks on blood vessels and pumps cerebral spinal fluid (CSF) through brain tissue to wash away waste. A subsequent study showed that this system primarily works while we sleep. 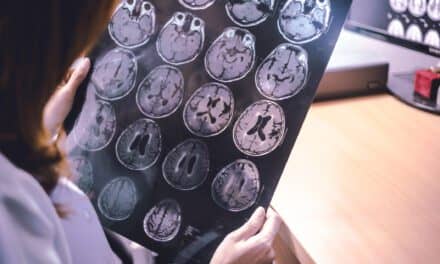 7 Things You Shouldn’t Do Before Bed