Problem drinkers are more likely than teetotalers and moderate drinkers to take benzodiazepines. When taken by heavier drinkers, benzodiazepines may heighten the risk for overdoses and accidents as well as exacerbate psychiatric conditions.
In a study by UC San Francisco and Kaiser Permanente Northern California, researchers found that primary care patients with “unhealthy alcohol use” had a 15% higher likelihood of using benzodiazepines than moderate drinkers and nondrinkers. Benzodiazepines—colloquially known as “benzos”—are usually prescribed for anxiety and insomnia, and include Valium (diazepam), Xanax (alprazolam), Klonopin (clonazepam), Ativan (lorazepam), Restoril (temazepam), and others.

In the study, which appears in the American Journal of Managed Care on Dec 13, 2019, researchers reviewed the health records of more than two million primary care patients, who were Kaiser Permanente enrollees. The patients were screened for unhealthy alcohol use, defined as at least 15 drinks per week for men under 65, and at least eight drinks a week for women and males aged 65 and older. They found that 4% of the patient pool had unhealthy alcohol use and 7.5% of the patient pool had filled a prescription for a benzodiazepine within the last 12 months. The researchers excluded patients who had been prescribed benzodiazepines for alcohol withdrawal.

However, the authors also found that when problem drinkers were prescribed benzodiazepines, their average dose was 40% lower and the duration of use was 16 percent shorter than moderate drinkers and abstainers. It is unknown whether the impetus for this regimen came from the prescribing physician or the patients themselves, who “voluntarily limited their use of benzodiazepines to avoid functional impairment,” the authors note.

“Some physicians may be refilling prescriptions, unaware that their patients have unhealthy alcohol use. In many cases, patients have been taking benzodiazepines for years and believe them to be harmless,” says first author Matthew Hirschtritt, MD, clinical professor in the UCSF Department of Psychiatry.

“When benzodiazepines are consumed with alcohol, overdose can result from the impact of two central nervous system depressants. Their effects can reduce motor coordination, impact judgment and decision-making, and result in falls and accidents. Long-term use can lead to cardiovascular, gastrointestinal, liver, kidney and neurological injury, as well as psychosis or suicidal ideation for those with pre-existing psychiatric conditions,” he says.

Numerous studies have already demonstrated that long-term benzodiazepine use has been linked to an increased risk for dementia. “It’s possible that unhealthy alcohol use may amplify this dementia risk,” says Hirschtritt, who is also an associate physician in the Department of Psychiatry of The Permanente Medical Group and an adjunct investigator in the Kaiser Permanente Division of Research.

Alcohol Implicated in 1 in 5 Benzo-Related Deaths

Between 1996 and 2013, the percentage of US adults who filled a benzodiazepine prescription increased from 4.1% to 5.6%, and the number of overdose deaths involving the drugs spiraled from 0.58 to 3.07 per 100,000 adults. Alcohol was a factor in one-in-four benzodiazepine-related visits and one-in-five benzodiazepine-related deaths in US emergency departments, according to the Centers for Disease Control and Prevention.

The finding that patients with unhealthy alcohol use were 15% more likely to be prescribed a benzodiazepine runs counter to the researchers’ hypothesis they would have a lower likelihood of obtaining the drugs. “In prescribing drugs, physicians weigh the risks and benefits,” says Hirschtritt. “While the risks of benzodiazepines for all patients, and especially those with problem alcohol use, are becoming clearer, their benefits may appear to be negligible given that safer prescription drugs are effective for treating anxiety.”

Study: Benefits of Melatonin Use in Older Adults

General Anesthesia Hijacks Sleep Circuitry to Knock You Out 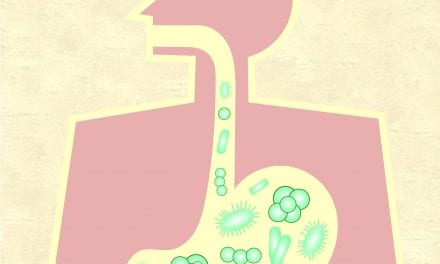