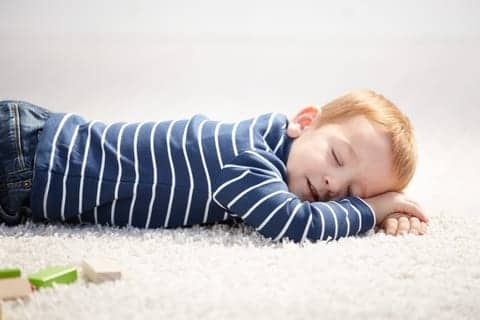 An article in Psychology Today explains what we do and don’t know about sufficient sleep quantity in children.

In 2013, a group of Australian researchers questioned whether or not sufficient evidence existed to justify making any recommendations about sleep needs of children and adolescents (Matricciani et al. 2013). They argued that sufficient evidence to support recommendations had not been provided and suggested several ways of conducting studies that would be helpful. One way suggested was to conduct studies of “dose-response relationships” similar to what would be done to determine the optimal dose of a drug in yielding the optimal response. In such a study, an inverted U-shaped curve would be obtained, such that more sleep would provide more benefit up to a deflection point where more sleep beyond the point would not yield a further benefit in the desired outcome, and would even perhaps begin to show diminishing benefits. This kind of relationship is very likely in the case of sleep, since it is already known that in some cases, such as depression, both sleeping less than usual and sleeping more than usual are problematic.

Most Students at Top Colleges Have the Same Sleep Pattern