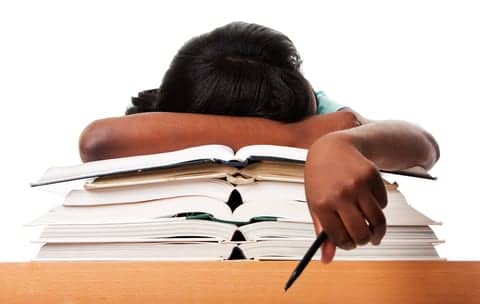 Later school start times may not be the cure-all to teen sleep deprivation that many believe, reports The Huffington Post.

The research collaboration between mathematicians and sleep scientists used a complex mathematical model to show that delaying school start times is unlikely to do much to ease high school students’ sleep deprivation.

Why? Because teenagers with later school start times stay up even later in the evenings, thereby increasing their exposure to artificial light, which can further mess with their circadian rhythms. A far more effective solution to teenage sleep deprivation, the study’s authors suggest, would be to turn down the lights and limit screen time in the evenings. (Or better yet, keep devices out of the bedroom altogether.)

“The potential benefits of shifting school start times later can unfortunately be undermined if individuals do not also carefully manage their use of artificial light,” Dr. Andrew Philips, a sleep scientist at Harvard and one of the study’s lead authors, told The Huffington Post. “This is especially true for individuals with a tendency to be later sleepers.”

Get the whole story at www.huffingtonpost.com

Four Ways To Get Rid Of Insomnia

Insomniac, but Not Sleep-Deprived