From teens being the most sleep deprived group to the impact of early school start times, a report from The Huffington Post examines five interesting sleep facts about teens.

1. Teenagers are America’s Most Sleep-Deprived Group

According to most sleep experts, the average teenager needs about 9 hours of sleep per night for healthy growth and functioning. Fewer than 10% of U.S. teens get that much on school nights, which is why teen sleep deprivation is often called a national public health epidemic. According to the Centers for Disease Control, nearly 2/3 of American high school students get under 8, and as many as 2/5 get 6 or fewer hours on school nights.

This is an epidemic with consequences that go far beyond nodding off in class. Chronic sleep loss in teenagers is associated with increased car crashes, depression, suicide, sports injuries, diabetes, substance abuse, risk-taking, and a host of other health and behavioral issues. 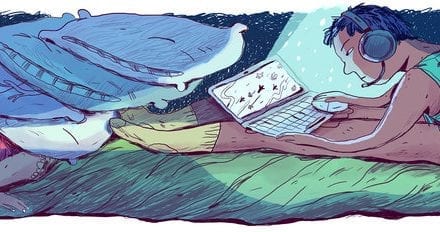