Does Evolution Explain Why Our Sleep Habits Change With Age? 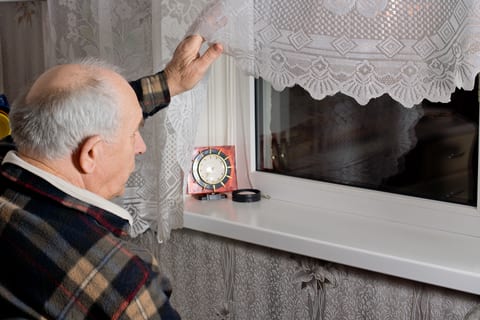 Staggered sleep times may be a natural trait evolved to ensure group safety during the night, according to research described by Mental Floss.

[R]esearchers collaborated with Hadza people of northwestern Tanzania. Many Hadza maintain a hunter-gatherer lifestyle, working and sleeping far from the noise and light pollution of the cities. The researchers recruited a group of 33 adults between the ages of 20 and 60 and gave each person an actigraphic (movement-tracking) wristband. For 20 nights, the actigraphs recorded participants’ tossing and turning, their waking, and their stillness in sleep.

The big-picture results looked a lot like you might expect. Average bed- and wake-up times were around 10 p.m. and 7 a.m., respectively. But those were just the averages. Within even this small group, two familiar chronotypes emerged: the older early birds, who bedded down around 8 p.m. and woke by 6 a.m., and the younger night owls, who were up past 11 p.m. and slept until 8 a.m.

Most compellingly, the researchers say, nobody ever slept through the night. Each person woke several times per sleep period, whether to pee, go for a smoke, soothe a crying baby, or just roll over in bed. The resulting gaps in sleep time meant that someone in the group was awake at almost all times. Out of 20 nights, there were only 18 minutes in which the entire group was sound asleep.

Get the whole story at www.mentalfloss.com

Tips for Sleeping with Back Pain