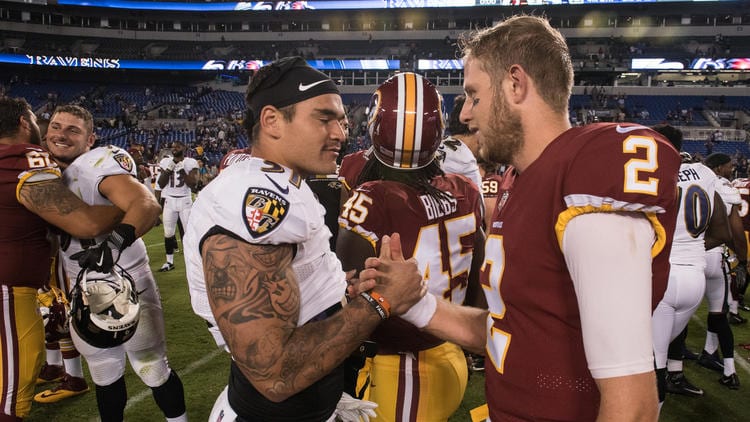 It was after his dad’s call that Jensen took part in a sleep study and discovered he had sleep apnea, a disorder characterized by stoppages in breathing while sleeping that can result in a loss of oxygen to the brain. Sleep apnea has been cited as a contributing cause in the deaths of Hall of Fame defensive end Reggie White, Star Wars actress Carrie Fisher and comic actor John Candy.

He had passed a sleep apnea test when he was at Colorado State University-Pueblo, but the more intensive sleep study in 2014 determined he was not breathing for up to 40 seconds at a time. He said doctors told him that in the nine hours he spent in bed, he was getting just 90 minutes of actual sleep.

Jensen has since been using a CPAP (continuous positive airway pressure) machine to help him control his sleep apnea, which caused him to drop from 315 pounds to 290 and increase his body fat percentage from 23 to 28.

“It really has saved my life and it really did save my career,” he said of getting diagnosed. “If I hadn’t figured that out, I probably would have been out of the league because I was sick and I was losing weight and I couldn’t keep my strength up. So to me, it was very important to get tested and find out that I had that.”

Daytime PCI Outcomes Not Compromised By Operators Who Worked Through the Night: Analysis