Lack of sufficient sleep is increasing not only among adults, but also among children. A spokesperson for the National Sleep Foundation (NSF) has noted, “Only 20% of children are getting optimal sleep and nearly half are getting insufficient sleep. This is affecting all areas of their life. Clearly, there can be an impact on all areas of functioning. Kids who are getting insufficient sleep are more likely to feel depressed, more likely to get poorer grades and be impaired while driving. This is a major, major, serious area of concern.”1 A 2004 NSF poll2 found that children were missing an average of 0.5 to 1.5 hours of sleep per night. Taking steps to avoid the negative health consequences of sleep deprivation in children requires recognizing its signs and symptoms and addressing its causes, including the use of electronic devices near bedtime, drinking caffeinated beverages, and obesity.

The sleep-deprivation symptoms of children differ from those of adults. Because the indications of lack of sleep are different in children, they often are overlooked or misinterpreted. In children, sleep problems may manifest themselves as less-than-optimal growth, moodiness, distractibility, poor academic performance, or hyperactivity (or combinations of a few of these symptoms). While sleep-deprived adults, as a group, experience increased drowsiness that is more situational and more easily measured using questionnaires such as the Epworth Sleepiness Scale, sleep-deprived children may demonstrate increased hyperactivity.3 Adolescents display different symptoms, including falling asleep in class, and their sleep deprivation may involve underlying primary psychiatric disorders, such as depression, as well.

From television to handheld video games to portable DVD players, electronic media surround today’s children. The problem with these technological advances, research has shown, is that such devices have a negative impact on children’s sleep. For example, according to the 2004 NSF Sleep in America Poll,2 having a television in the bedroom was a major source of sleep disruption for children. The poll found that 43% of school-aged children, nearly a third of preschoolers, and 20% of infants and toddlers had televisions in their bedrooms. The poll also found that children with televisions in their bedrooms went to sleep almost 20 minutes later, and slept less (9.2 versus 9.6 hours per night), than those without televisions in their bedrooms. This represented a loss of 2.8 hours of sleep per week.

Making sleep a family priority is essential to getting enough sleep at any age, and the advice for children is also useful for adults. If children are to make the most of their sleep time, good sleep environments and habits are key. When observed and practiced, they provide the best conditions to achieve restorative sleep.

A 2006 study4 offered similar findings. The study examined the use of popular media as a sleep aid among secondary-school children and also looked at how such media use affects sleep routines. Researchers surveyed 2,546 children in the seventh and 10th grades on media presence in the bedroom, media use before bed, sleeping and waking times, and tiredness. As sleep aids, 36.7% of the adolescents surveyed reported using television, 28.2% of boys and 14.7% of girls used computer games, 60.2% used music, and about 50% used books. According to the investigators, “Except for reading books, using media as a sleep aid is negatively related to respondents’ time to bed on weekdays, their number of hours of sleep per week, and their self-reported level of tiredness.”4 Researchers concluded that children in the study who used popular media as sleep aids were more tired.

Handheld games, computers, and games connected to televisions all stimulate a child in the room that they should be using to prepare for sleep. To decrease their chances of adversely affecting sleep, electronic devices should be used by children outside the bedroom and well before bedtime.

Despite such effects, caffeinated drinks are ingested by more than a fourth of children ages 3 and older; the 2004 poll2 found that 26% of children in this age group drank at least one caffeinated beverage per day. The poll also documented the effect that caffeine has on sleep: children who drank a caffeinated beverage slept less than those who did not (9.1 versus 9.7 hours per night), a loss of 4.2 hours of sleep per week.

Another study5 connects caffeine use, sleep patterns, and academic performance. The study involved seventh-grade students from two schools. The participants were asked to complete a weeklong sleep diary that evaluated caffeine use, bedtime, mood, and school behavior. The study found that 45% of the participants slept less than the recommended 9 hours on weeknights. Sleep deprivation was exaggerated on weekends, with 71% of participants sleeping less than the recommended 9 hours; 32% of students who participated consumed caffeine during the 7-day study. Those who consumed caffeine woke up an hour later on weekends and had later waking times on school days. Moreover, the study found that delayed school-morning rising times were associated with lower grade-point averages.

Carol Torgan, PhD, author of Childhood Obesity on the Rise, has stated, “Obesity in kids is now epidemic in the United States,”6 adding that the number of children who are overweight has doubled over the past 3 decades. This growing obesity problem crosses the boundaries of age, ethnicity, and gender. As in the adult population, an increasing number of overweight and obese children are at much greater risk for sleep-related breathing disorders, primarily obstructive sleep apnea (OSA) and other health-related problems, such as diabetes type 2.5 These children have a much greater chance of growing up to be overweight adults, with additional health disorders.

While the causes of childhood obesity are varied and debatable, adopting a regimen of physical activity and healthy eating habits can be helpful in combating the problem. Promoting such a lifestyle can help lead children to a healthier weight, which may decrease the likelihood of obesity-related OSA.

How Much Sleep Is Needed?

A study7 by Avi Sadeh, DSci, illustrates how lack of a full night’s rest may affect a child academically. The investigators studied the effects of adding or subtracting an hour of sleep from a group of 77 fourth-grade and sixth-grade students over a 5-night period.

To establish and identify the group’s normal sleep periods, actigraphy and sleep logs were used and correlated. During the first 2 nights of the study, children were permitted to keep their normal sleep schedules. For the last 3 nights, they were asked either to extend or to reduce total sleep time by an hour. Prior to the study, the research team conducted various tests that assessed neurobehavioral function. These tests measured finger-tapping speed, reaction time to objects, and recall of digits on a laptop computer. The study revealed that the children who lost sleep reported significantly higher fatigue in the evenings, and their performance levels on some neurobehavioral tests compared unfavorably with those of children who had received an extra hour of sleep. Reaction times and recall were unchanged for the children who slept less, but the children who had an additional hour showed improved performance levels on these tests. These findings suggest that modest changes in sleep duration can have detectable (and significant) effects on the neuropsychological functioning of children, the researcher noted.

Sleep professionals need to be aware of the negative effects that popular media, caffeine, and obesity have on children’s sleep. Understanding the potential underlying causes of disrupted sleep can help resolve the problem and restore healthy sleep patterns.

Restorative sleep, in the right quantities, will aid the physical and emotional well-being and development of a child. As more research emerges on the topic of children’s sleep and sleeping disorders, our challenge, as practitioners and technologists, continues to be educating pediatricians and primary care physicians about the worth and necessity of a good night’s sleep. This includes reminding them that they should include sleep questions in patient histories and physical examinations for all children.

Robert L. Lindsey, MS, RPSGT, is program director at Tennessee Academy for Sleep Medicine, Chattanooga, Tenn. He can be reached at sleepreviewmag@allied360.com.

Australian Researchers to Study How Being On-Call Impacts Sleep 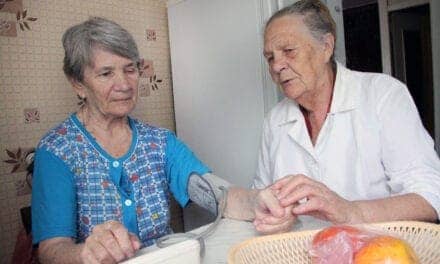