Pacifier use often attracts negative attention for potentially harming children’s oral health. There are positive effects of pacifier use, however. In addition to calming the infant, pacifier use can also assist in reducing the incidence of Sudden Infant Death Syndrome, or SIDS, according to a study published in the January/February 2007 issue of General Dentistry, the Academy of General Dentistry’s (AGD) clinical, peer-reviewed journal.

“Contrary to popular belief, there are some positive effects that result from sucking on pacifiers,” said Jane Soxman, DDS, author of the study and Diplomate of the American Board of Pediatric Dentistry. “One is that they assist in reducing the incidence of SIDS. Babies who are offered a pacifier do not sleep as deeply as those who sleep without a pacifier. Pacifier sucking makes it possible for the infant to be aroused from a deep sleep that could result in the stopping of breathing. Pacifiers also increase sucking satisfaction and provide a source of comfort to infants.” 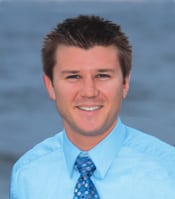