A young boy’s behavior and school performance improve after treatment with CPAP.

A 5-year-old boy was evaluated in a local sleep center for loud snoring at night and daytime hyperactivity. The mother stated that even though the child had undergone tonsillectomy and adenoidectomy, he was still having apneas. The patient was slightly obese, fatigued, and lethargic during the daytime. He was on a special nutritionist-supervised diet that included protein, sugar-free foods, and increased fiber. He had always been very hyperactive and distractible.

His normal bedtime was between 9 pm and 10 pm, and his normal wake time was 5:30 am to 6 am. From the age of 4 to 5 years, he had gained 10 to 15 pounds in weight. He had difficulty breathing through his nose. Except for vivid dream-like states upon awakening or falling asleep, there were no symptoms to suggest the presence of narcolepsy.

Sometimes the patient was afraid to go to sleep, and he had nightmares. Typically, he would wake up about five times during the night, each time for 15 minutes. During these awakenings, he would cry and complain of nightmares and scary dreams. He and his mother shared a bed. After an average night of sleep, he usually felt drowsy and tired for at least another 2 hours. He had a family history of stroke, hypertension, cardiac disease, and diabetes.

On examination, the patient weighed 83.6 pounds and was 50 inches tall. His soft palate was in a low position, and the throat showed evidence of the tonsillectomy and adenoidectomy. After the baseline polysomnography, the patient said that it took him about 20 to 30 minutes to fall to sleep. He felt like he had slept for 8 hours and did recall some dreams. During the morning, he reported that he “felt pretty good.”

Further Medical History
The child had a history of bronchitis, frequent middle ear infections, and pneumonia. He had had pressure equalizer (PE) tube insertion in both ears. The ear infections may have been a cause of sleeplessness due to pain while lying on his side or supine.

The baseline polysomnography recorded a total of 487 minutes, of which 467 minutes were spent in sleep. Sleep onset occurred at 11 minutes, and the patient had a sleep efficiency measure of 91.1%. REM sleep began at 279.5 minutes, and two REM periods were recorded. The boy spent only 4% of the time awake in bed. The sleep stages broke down as follows: Stage I sleep was 4.8% of the sleep time, Stage II was 33.9%, Stage III-IV was 4.1%, and REM sleep was 12.8%.

During the test, there was a reduction of REM sleep and stage III-IV sleep. Moderately loud snoring occurred intermittently. Also, 53 total apneas and hypopnea occurred, giving the boy an apnea/hypopnea index (AHI) of 6.8 events per hour. It also recorded a total of 53 arousals, making the arousal index 6.8 per hour as well. There were eight obstructive apneas, 45 hypopneas, and zero central apneas. The lowest SpO2 (spot oxygen saturation)was 90%, and the longest respiratory event was a 23-second obstructive hypopnea during non-REM sleep with a SpO2 of 93%.

Treatment
Following the baseline polysomnography, the patient went on to have nasal CPAP titration, which improved his breathing. In the morning questionnaire, the patient estimated sleep latency of 1.5 hours. He estimated a total sleep time of less than 5 hours. He did not recall any dreams, but did recall awakening four to six times. After the awakenings, he said he had problems falling back to sleep. However, his sleep was more refreshing despite the interruptions, and he felt good in the morning.

Total recording time while on CPAP was 384.5 minutes, of which 381.5 minutes were spent in sleep. Because of the multiple awakenings, the sleep efficiency measure was 70%. Sleep onset was at 26.5 minutes, and REM onset was at 173.5 minutes. There were two periods of REM sleep.

Also during the titration, the total number of apnea/hypopnea events was four. His AHI was 2.5 per hour. He had two arousals, giving him an arousal index of 1.3 per hour. There were two obstructive apneas, two hypopneas, and zero central apneas.

The patient’s REM respiratory disturbance index (RDI) was 7.5 per hour, and during non-REM sleep, it was 2 per hour. The lowest SpO2 was 95%. The longest respiratory event was a 24-second non-REM hypopnea with a SpO2 of 95%. Again no nocturnal myoclonus or other parasomnias were noticed. The boy’s respiratory rate was 14 to 18 breaths per minute during sleep. Subjectively, the patient felt better after the nasal CPAP, even though the sleep architecture did not show improvement.

On the second night of CPAP titration, there was a rebound of stage III and IV sleep to 41.4%. Due to the improvement of deep sleep, it was recommended that the patient use the CPAP at 3 cm of water pressure as tolerated. Regular clinic follow-up was carried out every 2 months.

In school, the patient’s performance was inconsistent. When he slept well, he scored high grades in the class. However, when he did not sleep well due to somnambulance, his performance regressed considerably.

Case Summary
The patient was diagnosed with attention-deficit/hyperactivity disorder (ADHD), seizure disorder, and OSA. He was treated with nasal CPAP.

As his case shows, pediatric patients must be closely followed and the pressure increment changes of their CPAP machines must be gradual and sometimes frequent.1 Changing size and type of mask with age also is a necessary part of following a child on CPAP, due to the limited availability of pediatric sizes, comfort, and tolerance.

In this case, the patient was able to use the CPAP machine with good compliance. Subsequent follow-up visits with the patient and his mother demonstrated that she was able to take good care of him. The child even learned to place the CPAP mask on himself at night. Compliance with CPAP in this case was optimized by parental support, involvement, and understanding of the correlation between this child’s sleep disordered breathing and his pretreatment problem behaviors.

OSA Awareness in Children
Unlike adults with sleeping disorders—who often have excessive daytime sleepiness—children with sleeping disorders are more likely to have symptoms and complaints of irritability, inattention, distractibility, and episodes of daydreaming.1 Of special interest to parents is that “children with lower academic performance in middle school are more likely to have snored during early childhood than their better performing school mates.”1

Also, according to last year’s Principles and Practice of Pediatric Sleep Medicine, OSA in children may result from structural anomalies that can cause a narrow upper airway (UA), as well as from decreased neuromuscular tone that can cause a floppy UA. “Genetic, hormonal, or other factors may also have an impact on these conditions,” the authors state.

The management of a child’s sleep disordered breathing sometimes requires “total care,” including the treatment of middle ear infections and concurrent respiratory infections by pediatricians. There are certain conditions in which tonsillectomy and adenoidectomy are indicated. Snoring and obstruction of the UA due to “kissing tonsils” are present in many children, and, in some cases, the condition may continue into adolescence.

In the case of the child described in this case report, dramatic improvements in the child’s general health and behavior occurred after the removal of adenoids and tonsils. Other consequences of untreated OSA include its association with ADHD, as the child in the sample study demonstrated.

According to some, up to a third of all children with frequent, loud snoring will display significant hyperactivity and inattention. Children with ADHD also may have more sleep disturbances, and research has documented an inverse relationships between OSA and memory and learning.1 Fortunately, cases, such as the one cited here, seem to indicate that the effect is at least partly reversible, if the sleep disordered breathing is treated effectively.

Conclusion
In this child’s case, a combination of medicine and nasal CPAP produced the best outcome for his snoring and hyperactivity. The pediatric patient’s tolerance of the CPAP machine and mask, as well as his ability to maintain good sleep hygiene, are key considerations in promoting long-term compliance, restorative sleep, and optimizing daytime performance in school. For more information on pediatric sleep disorders, please refer to our primary source for this article, and also the pediatric information listed throughout the National Sleep Foundation’s Web site, at www.sleepfoundation.org.
Lawrence T. Ch’ien, MD, DABSM, is a pediatric neurologist with the Regional Sleep Centers, Memorial Health Care System in Chattanooga, Tenn. 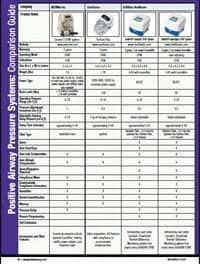 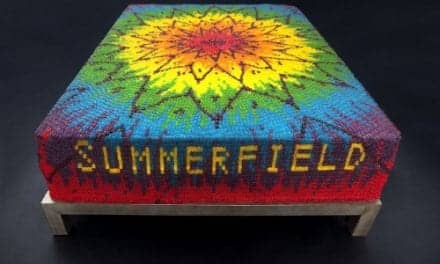 Craig’s Beds Unveils Bed Made From Over 26,000 Gummy Bears