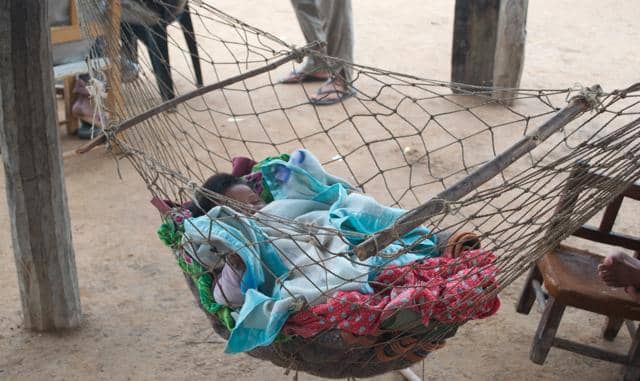 Blame smartphone alerts, constant connectivity, and a deluge of media for our society’s sleep deprivation. But the root cause of why we get less sleep now than our ancestors did could come down to a much simpler reason: artificial light.

New research comparing traditional hunter-gatherer living conditions to a more modern setting shows that access to artificial light and electricity has shortened the amount of sleep humans get each night. The research, published online June 18 in the Journal of Biological Rhythms, documents this relationship in the field.

“Everything we found feeds what we had predicted from laboratory or intervention studies, where researchers manipulate certain aspects of light exposure. But this is the first time we’ve seen this hold true in a natural setting,” says lead author Horacio de la Iglesia, a University of Washington biology professor, in a release.

The researchers compared two traditionally hunter-gatherer communities that have almost identical ethnic and sociocultural backgrounds, but differ in one key aspect—access to electricity. They wanted to see if, all other factors aside, electricity would impact people’s sleep during an average week in both the summer and winter.

They found this rare scenario in northeastern Argentina, with two Toba/Qom indigenous communities (a child from which is shown in the photo) living about 50 kilometers apart. The first has 24-hour free access to electricity and can turn on lights at any time, while the second has no electricity, relying only on natural light.

In their usual daily routines, the community with electricity slept about an hour less than their counterparts with no electricity. These shorter nights were mostly due to people who had the option to turn on lights and go to bed later, the researchers found. Both communities slept longer in the winter and for fewer hours in the summer.

Though this study took place from 2012 to 2013, the sleep-pattern differences observed between the communities can be seen as an example of how our ancestors likely adapted their sleep behaviors as livelihoods changed and electricity became available, de la Iglesia says.

“In a way, this study presents a proxy of what happened to humanity as we moved from hunting and gathering to agriculture and eventually to our industrialized society,” he says. “All the effects we found are probably an underestimation of what we would see in highly industrialized societies where our access to electricity has tremendously disrupted our sleep.”

The researchers visited each community for a week during the summer and winter, placing bracelets onto the wrist of each study participant to monitor activity. The devices can track slight changes in movement, so a still wrist for a longer time implies that a person is sleeping.

Participants also kept sleep diaries during the study period, where they recorded what times they went to bed and woke up, as well as any naps throughout the day. This information mainly was used to corroborate data collected from the wristbands.

These findings suggest there’s a biological driver in humans that requires more sleep in the darker winter months.

“We tend to think we’re isolated from seasonal effects even though we know this is the case for many animals,” de la Iglesia says. “I think it’s still embedded in our biology even when we do as much as we can to obscure that difference between summer and winter.”

Past research has shown that artificial light can disrupt our circadian clock and sleep-wake cycle, effectively pushing them back when we turn on the lights in the evening. The researchers have documented this from their observation study, and they plan to look next at whether the later sleep onset and reduced sleep in the community with electricity is due to a shift in the biological clock by measuring melatonin levels in the two communities.

They also plan to study the effects the moon cycle may have on sleep patterns.

Photo courtesy of U of Washington