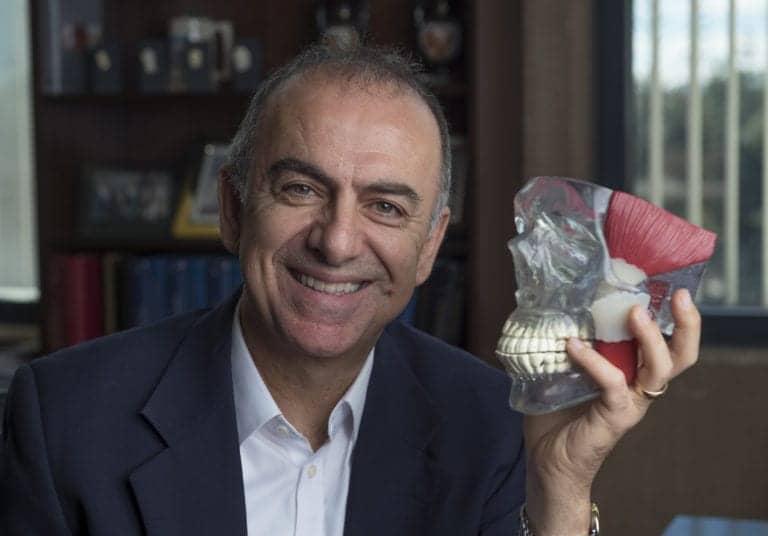 Despite the pervasiveness of temporomandibular (TMJ) defects, treatments are lacking, and many sufferers resort to palliative measures to cope with the pain and debilitation it causes.

“The TMJ is central to chewing, talking, and so many other daily activities, so when this crucial joint is impaired, there are significant negative effects on quality of life,” says Kyriacos A. Athanasiou, distinguished professor of biomedical engineering at the University of California, Irvine, in a release. “The problem may start with slight pain and clicking and get progressively worse to the point where it’s not just impacting the jaw but the entire body.”

Athanasiou is senior author on a paper published recently in the journal Trends in Molecular Medicine that examines the causes of temporomandibular disorders, past failures in treating them, and new approaches based on tissue-engineering innovations developed in his laboratory. Co-authors are Ryan Donahue, UCI graduate student researcher in biomedical engineering, and Jerry Hu, UCI principal development engineer in biomedical engineering.

Temporomandibular disorders can be the result of sudden injuries or wear and tear over time. The cartilage disc between the mandible and the temporal bone is subject to thinning or perforation. The condition usually affects patients between the ages of 20 and 50. Most strikingly, premenopausal women are eight times more likely to experience jaw joint problems than men—which Athanasiou calls the TMJ gender paradox.

Typical treatments include physical therapy, splints and adjustments, corticosteroid injections, and pain medications. Only about 5% of sufferers are candidates for surgical interventions. The TMJ is a joint like many others in the body, and surgeries to repair knees, elbows, hips, and shoulders are commonplace, so why are operations on the jaw so rare?

“It has to do with the proximity of the TMJ to the brain,” Athanasiou says. “Back in the 1980s, many patients—primarily women —came forward with issues they had with the TMJ. The solution at the time was to insert a spacer between the two bones articulated in the jaw.”

The spacer was made of Teflon, a material approved by the US Food and Drug Administration.

“It turns out that Teflon was an absolute catastrophe for all of those women,” Athanasiou says. “Because of the large mechanical forces generated in the jaw, the Teflon broke up into pieces, and because of the proximity of the TMJ to the brain, those pieces somehow found their way into the brain.”

This fiasco set back therapies for temporomandibular disorders for decades, but now Athanasiou and his colleagues in UCI’s department of biomedical engineering are working on new approaches that eschew synthetic materials entirely. They’re developing biological TMJ discs in the laboratory that will be suitable for implantation in humans.

“The end product that we aspire to use for treating afflictions of TMJ discs is a tissue-engineered product that’s fully alive, biological and mechanically comparable to the real thing,” Donahue says. “So even if it breaks down, it will be like any other biological component, without having pieces of foreign material entering the brain.”

In work detailed in a study published in Science Translational Medicine in June 2018, Athanasiou’s team successfully took cells from the rib cartilage of a Yucatan miniature pig, grew them in their laboratory, and implanted the tissue-engineered construct into a separate animal.

Whereas some researchers may place bioengineered cells in some other part of an animal’s body—on the back of a mouse, for example—Athanasiou says a key aspect of his group’s work is to put the new disc in the exact place as the old one so it will be subject to all the normal stresses of the joint.

“In eight weeks, we saw complete functionality of the TMJ disc, whereas the ones we left untreated deteriorated completely, developing full osteoarthritis in the joint,” Hu says. “So we were able to show that by using our tissue-engineering approach in a large-animal model, we could achieve exceptional healing.”

Athanasiou says his team’s goal now is to conduct trials in more large-animal models to determine if their solution will ultimately work in humans. A major hurdle will be gaining regulatory approval from the FDA, but Athanasiou recently received some encouraging signals from the agency.

“The FDA has asked if we could help them figure out how to go about developing processes for bringing TMJ products to the market,” he says. “We would be delighted to help create that pathway.”

Oventus Enters Into Agreement with DME, with Initial Launch in Southeast US

US Oral Appliance Market to Double by 2020 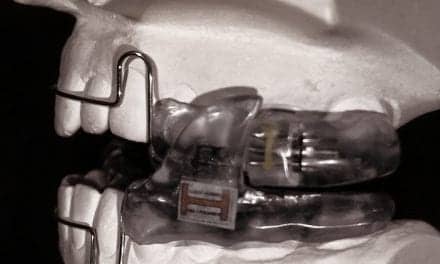