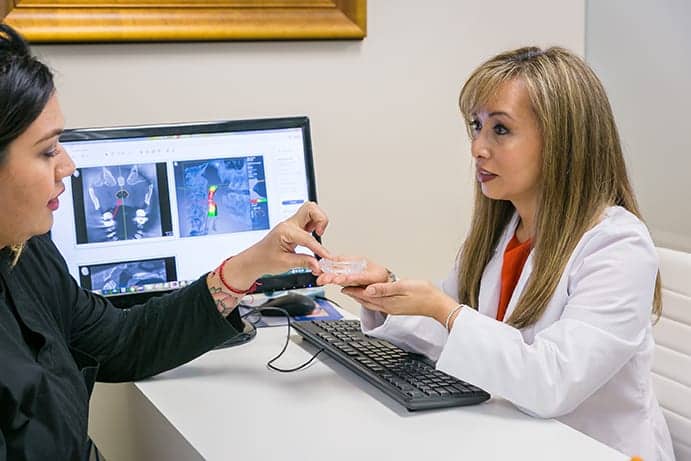 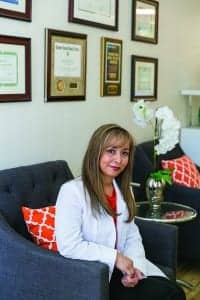 Many people advised Rosemarie Rohatgi, DMD, that a dental sleep medicine-only practice would not succeed. But San Diego Sleep Therapy is now a thriving dental practice in which most patients are physician referrals.

General dentists often start with making a few oral appliances “here and there” when opportunity presents itself as a complement to their traditional practices. Far rarer is a dentist who jettisons the safety net of a traditional practice altogether to focus exclusively on dental sleep medicine.

Rosemarie Rohatgi, DMD, is one of those trailblazers. After almost two decades as a general dentist, she went looking for a new space to ply her trade. While she had no equipment, no physical location, and could not take any patients with her, she made it a point to lay a strong educational foundation, earning Diplomate status with three separate boards, the American Board of Dental Sleep Medicine, the American Sleep and Breathing Academy, and the American Board of Craniofacial Dental Sleep Medicine. Rohatgi previously had completed her undergraduate training at University of Oregon, Eugene, and graduate work at Oregon Health Sciences University School of Dentistry, Portland. She also completed a sleep medicine residency at the University of California, Los Angeles.

Rohatgi eventually took the bold step of opening the 1,300-sq-ft San Diego Sleep Therapy in San Diego, Calif, from scratch. At first, Rohatgi did everything herself. She answered phones, saw patients, and even handled the billing for a while before turning that over to experts. “The practice has grown significantly,” Rohatgi says, “so much so that a majority of my patients are physician referrals.”

It’s been a challenging road, and many colleagues, particularly at the beginning, discouraged the move. “A colleague even told me that a sleep only practice would never work, and I needed an existing [general] dental practice,” says Rohatgi. “Even my supporters were skeptical. It was too risky for them. Yet I took a loan out and pressed forward.”

Rohatgi’s plan to focus full time on oral appliance therapy in the treatment of sleep apnea began to crystallize during a dental sleep medicine seminar about 10 years ago in Irvine, Calif. She remembers: “I was pregnant at the time and ready to deliver at any moment. However, I drove up from San Diego for a 2-day weekend course. The instructor, Kent Smith, DDS, was impactful, and I was moved by the patient need. At the end of that session, I told myself, ‘I have to do this.’”

Many years before this epiphany, Rohatgi traced the first seeds of her interest in dental sleep medicine to a return trip home after completing dental school. “I visited my parents one weekend and I couldn’t believe my ears,” she remembers. “I started researching this undefined area [loud snoring] and found a simple device to fabricate for my dad. His experience of better sleep, and a restful night for my mother, was enough for me to become a believer in the field of dental sleep medicine. This is where it all originally began.”

While Rohatgi liked dentistry in the intervening years, she needed a new purpose. “I enjoyed some dental procedures such as extracting teeth, but I did not love dentistry,” she says with a chuckle. “I feel like dental sleep medicine is my calling. It gave me a purpose and revitalized my meaning of practice.” 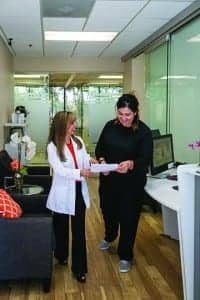 Rohatgi and a medical office assistant review notes in the modern-styled reception area.

For people with obstructive sleep apnea (OSA), Rohatgi readily agrees that CPAP is remarkably effective. “CPAP is certainly the gold standard if patients are compliant,” she says. “Oftentimes, we see patients are more compliant with oral devices due to comfort. We can now personalize oral devices and make them smaller to allow for more tongue space.”

Medical providers who routinely treat patients with CPAP are willing to refer people who fail or refuse CPAP to Rohatgi because they know she is committed to patients. They know because she has communicated with many of them, often face to face. “There are no shortcuts in establishing referrals,” she says. “I spoke with many of my referring providers in person. I was persistent. I educated sleep labs and sleep physicians and informed them that oral appliances work effectively by showing them results and [having them] hear our patient testimonials, often directly from patients who attest that we are improving outcomes.”

Patients tell sleep physicians how they feel better with oral appliances, and their personal stories also build referrals. “Quite often we hear, ‘This is definitely working better than CPAP,’” Rohatgi says.

Rohatgi’s patient-first philosophy, along with her willingness to steer clear of turf wars, means that referrals are often a two-way street that can take unexpected detours. As an example, Rohatgi recalls the case of a stay-at-home mom who was referred by a sleep physician. She’d been diagnosed with OSA several years prior via in-lab polysomnography (PSG), but Rohatgi observed that another disorder might also coexist. “She would come in with injuries, and she was accumulating them while she was asleep,” she explains. “Naturally we tend to think of domestic violence, but she spoke of her husband highly and I was not sure what was going on.”

Documenting the injuries in S.O.A.P. (subjective, objective, assessment, and plan) notes led to additional discussions with physicians during hospital sleep rounds. “I eventually referred her to a neurologist because we knew she was sleep walking, and her injuries were getting more serious,” says Rohatgi, who by then suspected REM sleep behavior disorder. “She did not want to go see another doctor and have another in-lab PSG, so I had to cajole her. He ordered an in-lab PSG.

“She was diagnosed with nocturnal epilepsy,” Rohatgi continues. “She had a seizure during the sleep study. We were fortunate to obtain this data during her study because it did not happen every night. They eventually found a hemangioma. When I came back for another sleep round, a colleague said: ‘Well of all people, it’s a dentist who found it.’” Rohatgi takes pride in getting patients such as this mother into the proper hands and in following up. In addition to having a network of sleep physicians to refer to, Rohatgi also maintains relationships with general dentists in her area to refer patients who need dental services that she no longer does herself.

Rohatgi laments that the broader medical profession still lacks respect for the full breadth of available sleep apnea treatments. Within her specialty of oral appliances, the biggest misconception is that they don’t work, she says. “But they do work,” counters Rohatgi. “I have data on hundreds of patients. I know oral appliance therapy works, and there is supporting literature. It’s a big disappointment when we are unable to get sleep labs or sleep physicians on board with us. We need to give patients the alternatives they deserve.”

Despite exponential growth in sleep apnea awareness over the last decade, there is a large population of potential patients who still have never even heard of oral appliance therapy. Rohatgi thinks reasons include that patients “are not informed about the oral appliance alternative” and that some sleep physicians lack the confidence in oral appliance efficacy. 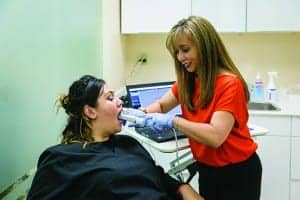 Rohatgi eschews polyvinyl siloxane impressions in favor of a Carestream intraoral scanner, which she demonstrates on a medical office assistant.

Patients who eventually find their way into Rohatgi’s office appreciate the practice’s modern architectural feel that gives a hint of what is to come; namely, the latest technology. Rohatgi counts herself as an early adopter of new technology, even if that means larger capital expenditures.

Rohatgi says, “We digitally scan patients’ mouths, so we are able to capture a three-dimensional image for CAD/CAM [computer-aided design/computer-aided manufacturing] technology. We use a Carestream scanner; it’s quick, accurate, and efficient. Everything is sent digitally to the manufacturers, so there is nothing to package and the order is sent out electronically, which means more efficiency and less room for error. I utilize oral appliance manufacturers that accept digital information, such as ProSomnus, Narval, and [Whole You] Respire, among others.” 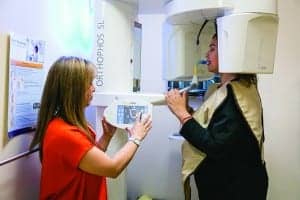 Rohatgi uses a Dentsply Sirona cone beam computed tomography system (an Orthophos SL 3D) in addition to the Carestream scanner. “I realize that view is captured while [patients] are awake, but it’s more of an educational tool for patients,” she says. “I’m not diagnosing with the cone beam, but at least they can see the area that is most constricted. A lot of people are visual, so when you show them, they see that the airway is not perfectly circular.” 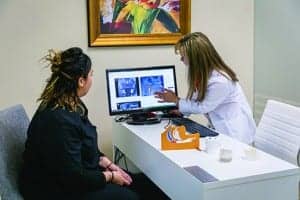 Rohatgi uses CBCT as an educational tool, particularly since not all patients realize the airway isn’t perfectly circular.

With two young children (a 4-year-old girl and 6-year-old boy), Rohatgi and her husband are all too familiar with the challenges of getting enough sleep. Being a wife, mother, and full-time clinician/business owner is not easy and admittedly leaves little time for old pastimes such as playing the piano, travel, tennis, remodeling homes, and wine tasting. “The balance is the biggest challenge in my life. It is difficult and a constant ‘work in progress’ with trying to make time for everything,” she says.

And yet, Rohatgi is adamant that her bold career decision was the right move. That decision is repeatedly affirmed when new patients come through the doors, sometimes at their wit’s end. Whether it’s a new patient, or one who has put away his CPAP a decade ago and is still seeking alternatives, the possibility to make a positive influence remains a gratifying part of the job.

“One patient recently said he had a ‘new and extended lease on life’ and added that this ‘has been one of the best investments of time and money I’ve made in my lifetime. I wish I would have done it sooner,’” says Rohatgi. “It’s amazing how this small object, this custom-fitted device, can be such a life-changer for people. Their outlook can completely change for the better, and that’s a really satisfying part of my job.” 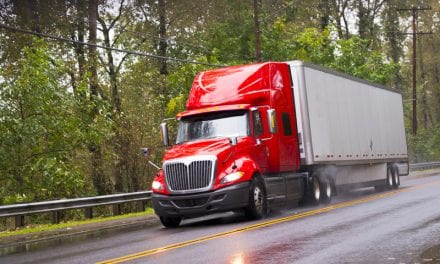