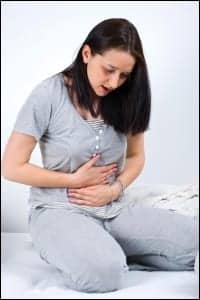 Aerophagia (from the Greek “aerophagein” meaning “to eat air”) is the excessive swallowing of air. If an excessive amount of air reaches the stomach, abdominal distension, belching, and flatulence can result. After beginning continuous positive airway pressure (CPAP) treatment, some people struggle with these symptoms, causing them to discontinue the therapy. Scientists have long suspected that CPAP treatment, especially at high pressures, results in aerophagia by forcing excessive amounts of air through the esophagus into the stomach. However, recent studies indicate that the problem may not be related to the pressure, but to impaired function of the esophageal sphincters.

Up to 30 ml of air is normally swallowed with food.2 The stomach distends as the air ingested with each swallow exerts increasing pressure within it. Once the pressure reaches a certain point in the stomach, the LES reflexively relaxes. This allows the air to escape out of the stomach, up the esophagus, and out of the mouth as a belch.

With the hypothesis that CPAP-related aerophagia may involve excessive amounts of air passing through the LES and noting gastroesophageal reflux disease (GERD) involves improper functioning of the LES, a recent study by Watson and Mystkowski1 investigated whether CPAP-related aerophagia could be associated with the presence of GERD. In people with GERD, transient relaxations of the LES allow gastric juices to reflux from the stomach into the esophagus. The consequences can be pain, heartburn, esophageal erosion, and—if the gastric juices reach the larynx—hoarseness and coughing.

In their study, Watson and Mystkowski compared the prevalence of GERD in 22 CPAP users who reported symptoms of aerophagia versus its prevalence in 22 CPAP users who did not report symptoms of aerophagia. All of the study participants had sleep-disordered breathing (SDB, defined as an apnea-hypopnea index greater than 10 events/hour) and the presence of other SDB symptoms such as snoring, excessive daytime sleepiness, witnessed apneas, and morning headaches. They found a higher prevalence of GERD symptoms in the aerophagia group than in the control group (77.3% vs 36.4%, respectively) and a greater use of GERD medications in the aerophagia group than in the control group (45.5% vs 18.2%, respectively). From this, the researchers concluded that CPAP-related aerophagia may be more related to the presence of GERD (since dysfunction of the LES could allow excessive amounts of air to enter the stomach) and to the use of GERD medications (since some GERD medications impact the tone of the LES).

For adult CPAP users, relieving CPAP-related aerophagia may involve reducing the intraesophageal pressure on the LES (eg, by elevating the head of the bed or by avoiding eating soon before bedtime); avoiding substances such as caffeine and nicotine that induce the relaxation of the LES; and reducing the pressure within the airway. In the latter approach, some people find relief from CPAP-related aerophagia by using an autotitrating CPAP machine. How autotitrating CPAP therapy reduces aerophagia in some people is unclear.

Some studies show that esophageal responses to a stimulus can differ, depending on whether the esophagus is quickly or slowly distended with pressure. In 2001, Lang6 and colleagues found that esophageal receptors trigger relaxation of the UES on sensing rapid distension, but activate contraction of the upper esophagus (including contraction of the UES) on sensing slow distension. To what extent positive airway pressure triggers slow or rapid esophageal reflexes that in turn contribute to or reduce CPAP-related aerophagia has not been determined.

Reducing the intraesophageal pressure on the LES, avoiding substances that induce the relaxation of the LES, and reducing airway pressure, while helpful to some people, are minimally effective for others. Therefore, scientists have begun considering other treatment options such as drug therapy or surgery to treat CPAP-related aerophagia. Some drugs that have been suggested are atropine,1 scopolamine,1 and baclofen,2 and a surgery that has been suggested is gastric fundoplication.1 All of these options have yet to be investigated as a treatment for CPAP-related aerophagia.

The antimuscarinic drugs atropine and scopolamine have been used to treat GERD. The drugs reduce hydrochloric acid production by blocking muscarinic receptors on specialized cells (parietal cells) in the stomach. Atropine also reduces secondary peristalsis. Some scientists suspect secondary peristalsis, triggered by the pressurized air in CPAP treatment, may propel excessive air into the stomach and result in aerophagia1; atropine would ideally reduce aerophagia by blocking this process. Scopolamine also reduces gastric motility, which may allow it to reduce CPAP-related aerophagia.

The drug baclofen is an agonist of a receptor for the inhibitory neurotransmitter gamma-amino butyric acid (GABA). Baclofen inhibits the ability of mechanoreceptors in the stomach to send signals toward the brain. Signals from the mechanoreceptors would normally trigger transient LES relaxations. In people with GERD, this may allow the reflux of stomach acids into the esophagus. With this action blocked by baclofen, transient LES relaxations are inhibited and the LES remains contracted. In a person with CPAP-related aerophagia, the baclofen-induced closure of the LES would ideally inhibit excessive amounts of air from entering the stomach.

Gastric fundoplication is a surgery that is sometimes used to treat GERD when other methods have failed. It involves wrapping the upper part of the stomach around the LES to provide support to the LES and help it remain closed, thereby preventing the reflux of gastric juices into the esophagus. As a possible treatment for CPAP-related aerophagia, the procedure would ideally prevent excessive amounts of air from entering the stomach through the LES.

The results of a recent study by Bajaj7 and colleagues may be useful in future studies on CPAP-related aerophagia, although the focus was on GERD. Bajaj measured the UES tone during different stages of sleep in 13 healthy volunteers. Bajaj found that the lowest UES tone occurred during slow wave sleep (SWS). However, the UES tone had progressively decreased from wake to stage 2 to REM sleep. Bajaj then measured the threshold pressure needed in different sleep stages to trigger a UES contraction followed by secondary peristalsis. This two-part reflexive action is believed to help keep the esophagus clear of secretions, including saliva and other fluids. Bajaj found that the reflexive action could be induced in all stages of sleep (with the possible exception of SWS) and is most easily elicited during REM sleep. Bajaj’s findings could potentially be used in studies investigating the extent that different sleep stages contribute to CPAP-related aerophagia. Studies have found that the reflex can be induced by air,7 and, as a result, some scientists believe it may play a role in CPAP-related aerophagia.1

Many areas remain to be investigated concerning CPAP-related aerophagia, such as:

Despite not having answers to these questions, Watson and Mystkowski suggest that patients complaining of CPAP-related aerophagia may need to undergo esophageal evaluations.

Patients who discontinue the CPAP treatment because of aerophagia symptoms potentially risk suffering the consequences of untreated OSA, which has been associated with cardiovascular vascular problems, increased fasting glucose levels, and lipid abnormalities. Therefore, future studies that determine the exact causes of CPAP-related aerophagia could potentially lead to the development of new treatments that help patients struggling with aerophagia remain on CPAP therapy. 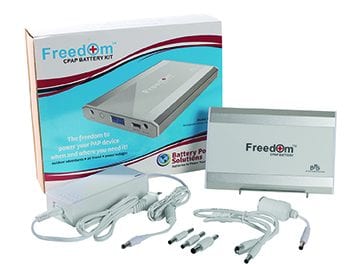 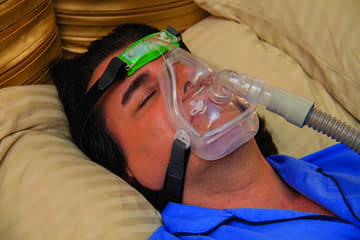 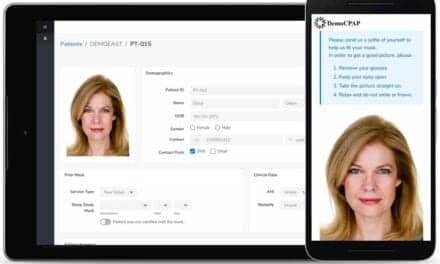 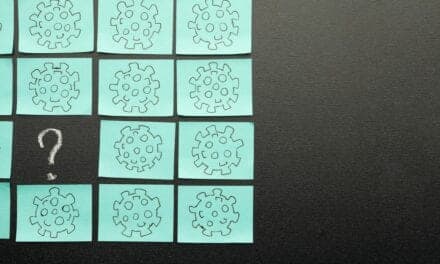 How Has the COVID-19 Pandemic Impacted CPAP Use?