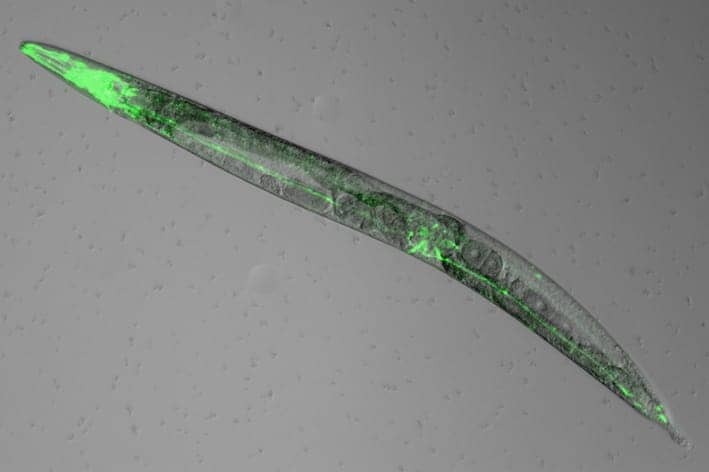 Melatonin is used as a dietary supplement to promote sleep and get over jet lag, but nobody really understands how it works in the brain. Now, researchers at UConn Health show that melatonin helps worms sleep too, and they suspect they’ve identified what it does in us.

Our bodies produce melatonin in darkness. It’s technically a hormone, but you can readily buy melatonin as a supplement in pharmacies, nutrition stores, and other retail shops. It’s widely used by adults and often in children as well.

Melatonin binds to melatonin receptors in the brain to produce its sleep-promoting effects. Think of a receptor as a keyhole, and melatonin as the key. The two keyholes for melatonin are called MT1 and MT2 in human brain cells. But scientists didn’t really know what happens when the keyhole is unlocked. Now UConn Health School of Medicine neuroscientists Zhao-Wen Wang, PhD, Bojun Chen, PhD, and their colleagues have identified that process through their work with C. elegans worms. Their findings are reported in PNAS. When melatonin fits into the MT1 receptor in the worm’s brain, it opens a potassium channel known as the BK channel.

[RELATED: Melatonin Use Linked to Lower Likelihood of Testing Positive for COVID-19]

There’s actually been quite a lot of research on worm sleep, Chen says, and researchers found that sleep is similar between worms and mammals like humans and mice.

Wang and Chen next plan to see if the melatonin-MT1-BK relationship holds in mice. The BK channel is involved in all kinds of bodily happenings, from epilepsy to high blood pressure. By learning more about the relationships between the BK channel, sleep, and behavioral changes, the researchers hope both to understand melatonin better and also help people who have other diseases related to the BK channel. 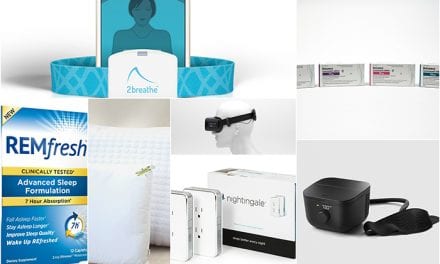 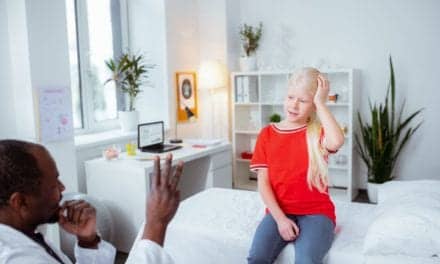 What You Need to Know About the Summer Solstice and Sleep

REMfresh Study (CRA-melatonin) Advances Use of Melatonin for Sleep Complaints