Their findings, published in The Journal of Neuroscience, demonstrate how using EEGs to identify changes in brain wave patterns over time can predict which post-injury patients will develop epilepsy. A neurological disorder that disturbs nerve cell activity in the brain, epilepsy causes seizures during which people experience uncontrolled shaking and movement or loss of consciousness.

“Post-injury epilepsy (PIE) is a devastating, unpreventable consequence of traumatic brain injury (TBI) and stroke, which develops in 10% to 40% of survivors months, or even years later,” says BGU Professor Alon Friedman, MD, PhD, a researcher in the Brain Imaging Research Center and the Zlotowski Center for Neuroscience, in a release.

The Epilepsy Foundation estimates more than 2 million people in the United States have, or have had, some form of epilepsy; many do not respond to medication. In addition to suffering from unpredictable, often difficult to control seizures, patients with PIE are also prone to neuropsychiatric conditions such as cognitive decline and depression.

“While news of promising drugs likely to prevent the onset of epilepsy has emanated from scientific research, we need to first detect reliable biomarkers in the brain that predict which patients will develop the disease,” says Friedman.

Through their research, the BGU team discovered that theta waves, measured as part of an EEG, can predict 5 different types of post-injury epilepsy in mice and rats. Theta waves generate the rhythmic, neural oscillatory pattern in EEG signals, recorded either from inside the brain or from electrodes glued to the scalp. By tracking continuous recordings, from time of injury through the onset of spontaneous seizures, BGU researchers discovered a specific pattern of theta activity decline over time as signs of epilepsy development. This pattern also seems to be associated with disturbances in sleep-awake cycles.

“These findings hold great promise for expediting targeted clinical investigations of EEG dynamics in human patients, which could lead to new approaches for predicting, and eventually treating, epilepsy as well as other neuropsychiatric complications that develop after brain injuries,” says lead study author Dan Z. Milikovsky, an MD-PhD student at the BGU Zlotowski Center for Neuroscience.

Think You Can Stay Sharp Despite Less Sleep? You’re Wrong, According to Science 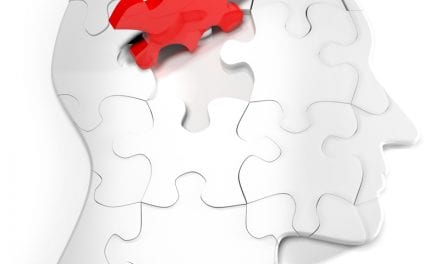