Today, Blackrock Microsystems LLC announced that it has struck an agreement with Brown University to license and commercialize a wireless neural activity monitoring system that will liberate neuroscientists from the cumbersome wires and cables that have burdened their research for decades.

The journal Neuron just published a paper on a wireless neurosensor from the Neuroengineering Laboratory at Brown, which significantly outperforms all other wireless sensors currently on the market. Related to that paper, senior author Arto Nurmikko says in a release: “This device enables new types of neuroscience experiments with vast amounts of brain data wirelessly and continuously streamed from brain microcircuits.”

Blackrock first unveiled the system at the Society for Neuroscience’s annual meeting in Washington, DC this past November. The Blackrock system, which includes Brown’s technology, can transmit large amounts of data—via 96 channels at 48 Mbps—from a subject’s brain for up to 48 hours between rechargeable battery replacements. And at 43 grams and 60 cubic centimeters, it’s more compact than any other wireless brain technology to date.

“This wireless system is a major step forward in brain-interface technology,” says Professor Florian Solzbacher, PhD, president of Blackrock Microsystems. “We’re working hard to make this technology smaller and longer-lasting. These systems can have every-day, practical uses for people, and we’re determined to make that a reality.” 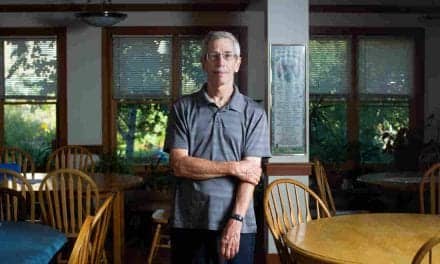