A new study suggests that teen drivers who start class earlier in the morning are involved in significantly more motor vehicle accidents than peers with a later high school start time. The results underscore the importance of the “Awake at the Wheel” campaign of the National Healthy Sleep Awareness Project.

Results show that the weekday crash rate for teen drivers during the 2009 to 2010 school year was about 29% higher in Chesterfield County, Va, where high school classes began at 7:20 AM, than in adjacent Henrico County, Va, where classes started at 8:45 AM. Similar results were found for the 2010 to 2011 school year, when the weekday crash rate for 16- to 17-year-old teens in Chesterfield County was about 27% higher than for those in Henrico County. In contrast, there was no difference in adult crash rates in the two counties for either year. A secondary analysis evaluating the causes and types of crashes found that Chesterfield County adolescents had a significantly higher rate of run-off-road crashes, which is a common feature of drowsy driving accidents.

“There are more and more data suggesting that insufficient sleep is common in our teens and that early high school start times are a contributor to teens’ reduced sleep,” says principal investigator and lead author Dr Robert Vorona, associate professor in the Division of Sleep Medicine at Eastern Virginia Medical School in Norfolk, Va, in a release. “Insufficient sleep appears to have deleterious consequences such as decrements in mood and increased risk taking, impaired academics, and increased crash rates.”

The results corroborate the findings of a previous study by Vorona’s team that evaluated teen crash rates from 2007 to 2008. Results of the current study are published in the November issue of the Journal of Clinical Sleep Medicine.

“When high school classes begin early in the morning, we ask teens to shine when their biological clock tells them to sleep,” says American Academy of Sleep Medicine (AASM) president Dr Timothy Morgenthaler, a national spokesperson for the Healthy Sleep Project. “Many do not get adequate sleep as a result. Smarter school start times that are more consistent with sleep needs will improve students’ safety, overall health, mood, and academic performance.”

Recently, the Healthy Sleep Project launched the “Awake at the Wheel” campaign to increase public awareness of the risks of drowsy driving.

The study involved an analysis of data provided by the Virginia Department of Motor Vehicles. During both school years, there were more than 520 motor vehicle accidents involving teen drivers in Chesterfield County and more than 320 teen crashes in Henrico County.

The AASM recommends that adolescents get a little more than 9 hours of nightly sleep for optimal health and daytime alertness during the critical transition from childhood to adulthood. The AASM advises parents and local school boards to work together to implement high school start times that allow teens to get the healthy sleep they need to meet their full potential.

A new report from the AAA Foundation for Traffic Safety estimates that drowsy driving may cause 328,000 motor vehicle accidents and 6,400 fatal crashes on US roads each year. Previous data analysis by AAA also shows that the prevalence of drowsy driving crashes is highest among drivers between the ages of 16 and 24 years. 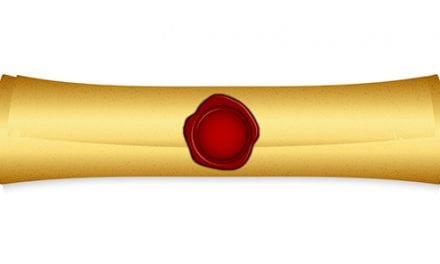