In Pa, Healthcare Worker Fatigue Cited as Contributing Factor in Over 1,600 Events

“Recent literature shows that one of the first efforts made to reduce events related to fatigue was target limiting the hours worked,” Theresa V. Arnold, DPM, manager of clinical analysis for the Pennsylvania Patient Safety Authority, says in a release. “However, further study suggests a more comprehensive approach is needed, as simply reducing hours does not address fatigue that is caused by disruption in sleep and extended work hours.”

Fatigue can be described as an overwhelming sense of tiredness, lack of energy, and feeling of exhaustion associated with impaired physical and/or cognitive functioning, Arnold says.

“In studies conducted with nurses, it was shown that working a 12-hour work shift or working overtime is associated with difficulties staying awake while on duty, reduced sleep times, and nearly triple the risk of making an error,” Arnold says. “The most significant error risk observed was when nurses worked 12.5 hours or longer.

“Many hospitals have adopted 12-hour shifts as the norm and it is a similar choice among nurses who want to limit the number of days they work in a week, but research on the 12-hour shift and patient safety needs further review,” Arnold says.

PA-PSRS allows facility reporters to select fatigue as a contributing factor to an event report.

“The top five locations in which events occurred were the medical-surgical unit, emergency department, pharmacy, general medical ward, and the laboratory,” Arnold says. “The most common medication errors made involving healthcare worker fatigue were wrong dose given, dose omission, and extra dose given, and the most common errors related to a procedure, treatment, or test were laboratory errors, and other miscellaneous errors, radiology or imaging problems, and surgical invasive procedure problems.”

Healthcare organizations are using some mitigating practices to combat workplace fatigue and patient harm. A lot can be learned from other industries and countries that are using more developed fatigue and risk management systems (FRMSs) as a method of reducing this risk, Arnold adds.

Distractions in the Operating Room: Analysis of events reported through PA-PSRS from January 2010 through May 2013 showed 304 reports of events occurring in the OR in which distractions and/or interruptions were indicated as contributing factors. Studies examining the impact of distraction in the OR setting, along with guidelines and tools developed by perioperative professional associations and patient safety agencies to limit and/or reduce the negative impact of distraction, are discussed in this article.

An Analysis of Reported Adverse Drug Reactions: Over a 12-month period, Pennsylvania hospitals reported 4,875 reports through PA-PSRS describing adverse drug reactions (ADRs). Nearly 30% (n=1,365) of these reports described ADRs to contrast agents, which are considered high-alert medications by the Institute of Safe Medication Practices. While many of these ADRs reported to the Authority cannot be prevented, this article will discuss strategies that can be used to reduce the likelihood and severity for some of these ADRs. The Authority also offers an educational toolkit with this article.

Falls Reduction and Prevention Update: Pennsylvania Hospitals Increase Implementation of Best Practices: In 2012, the Authority provided hospitals participating in the Pennsylvania Hospital Engagement Network Falls Reduction and Prevention Collaboration with two tools to evaluate their falls prevention programs: an annual self-assessment survey and a quarterly process measures audit. Hospitals that completed the survey in 2012 and 2013 reported an increase in full implementation for 16 of 17 categories of falls prevention best practices. Comparison of 2012 survey responses to audit results revealed a gap between levels of full implementation of best practices reported on the survey and compliance with falls prevention practices observed during the audit process. Analysis of 2013 data shows a decrease in this gap and improved compliance with falls prevention practices. Rates of falls with harm decreased for hospitals that completed the self-assessment survey in 2012 and 2013 in addition to all quarterly audits. This article discusses the gains made by healthcare facilities in the Pennsylvania HEN Falls project. An educational toolkit is also available with this article.

Training Suggested When Changing Brands of Enteral Feeding Tubes: A Pennsylvania healthcare facility requested guidance from the Authority on issues arising from misplacements of small-bore nasogastric feeding tubes after switching to a different brand of an enteral feeding delivery system. The facility wanted to know if other hospitals were experiencing similar types of adverse events. Analysis of events reported to the Authority from January 2011 through October 2013 showed 44 reports that described misplacements of small-bore nasogastric feeding tubes. This article discusses the problems associated with the feeding tubes and strategies to reduce the risk of harm to the patient.

Successful Strategies for Prevention of Bariatric and Colectomy Surgical Site Infections: The Authority and Pennsylvania hospitals participating in the American College of Surgeons (ACS) National Surgical Quality Improvement Program (NSQIP) entered into a joint quality improvement collaboration to reduce surgical site infections (SSIs) among Pennsylvania NSQIP member hospitals and to share successful strategies and lessons learned with other Pennsylvania hospitals. This article discusses the improvement facilities have made in both the bariatric and colectomy procedures. An educational toolkit is also available with this article.

Wrong-Site Surgery Update: This article gives a quarterly update on the reports of wrong-site surgery in Pennsylvania and a failure mode and effects analysis of time-outs for laser procedures on eyes. An educational toolkit is also available with this article. 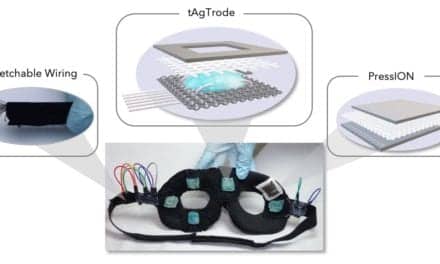