This week, ’s capital became the world center of sleep as the Associated Professional Sleep Societies (APSS) hosted the largest gathering of sleep medicine physicians, researchers, technologists, and associated professionals in the world. More than 5,000 attendees were expected, the conference organizers said.

This is the 20th year the APSS has held an annual meeting, and, in honor of the event, the organizers renamed the gathering SLEEP 2006. The broader, more inclusive name will likely catch on. However, on Sunday, many attendees who arrived early to take advantage of the APSS’s weekend postgraduate courses were overheard still referring to the conference as the APSS.

Monday’s events included a keynote address by Allan I. Pack, MBChB, PhD, on the impact of genomics on the future of sleep medicine, the American Academy of Sleep Medicine’s annual general membership meeting, and the National Sleep Foundation’s “Sleep Loss and Obesity: Interacting Epidemics” event.

Also, the Association of Polysomnographic Technologists meets for its 28th annual meeting this week in . 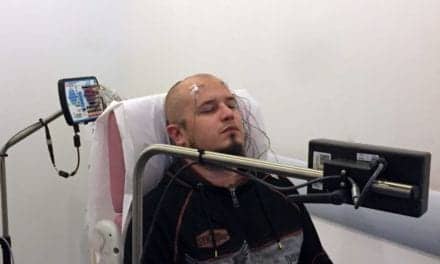 Tattoo Electrodes Modified for EEG Use

Seeking a Sleep Intern: Company Will Pay $1,300 to Intern to Sleep in the Comfort of Their Own Home