GERD‐induced sleep dysfunction has a previously unrecognized and significantly adverse effect on simulated driving performance, which improved with use of esomeprazole, according to the results of a study presented at the American College of Gastroenterology’s 75th Annual Scientific Meeting.

Dr David A. Johnson, chief of gastroenterology and professor of medicine at Eastern Virginia Medical School in Norfolk, presented the findings from this prospective‐pilot study that evaluated 11 healthy patients with well‐established GERD with nocturnal symptoms.

Testing was done in a validated commercial driving simulator that responds to driver inputs (steering, throttle, brake) and generates realistic roadway images. Driving performance (standard deviation of lane variation, SDLP) was compared across six consecutive 10‐minute driving periods while subjects were on and off the drug.

According to the study, titled “GERD‐Induced Sleep Disorders and a Reversible Driving Impairment with Esomeprazole—A Prospective Pilot Study,” SDLP increased over time (P=0.0002) and improved with esomeprazole. Patients on esomeprazole had an overall average 62.5% decrease in the number of sleep disordered nights vs a 9.5% decrease without the drug. The Epworth Sleepiness Scale (ESS), used to determine the level of daytime sleepiness, decreased to 5.9 and 3.5 from 7.9 and 2.5 and GERD symptom score decreased from 2.10 to 0.33.

“The improved ESS score suggests that reduced sleepiness contributed to improved performance,” said Johnson. “We know that GERD impairs sleep quality and next day function as measured by quality of life and work productivity assessments. Furthermore, sleep dysfunction (such as sleep apnea) has been linked to impaired psychomotor function including worsening driving simulator performance. Therefore, appropriate treatment for patients with GERD and nocturnal symptoms may have potentially new and life‐saving implications.” 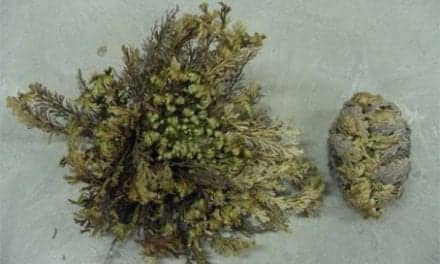