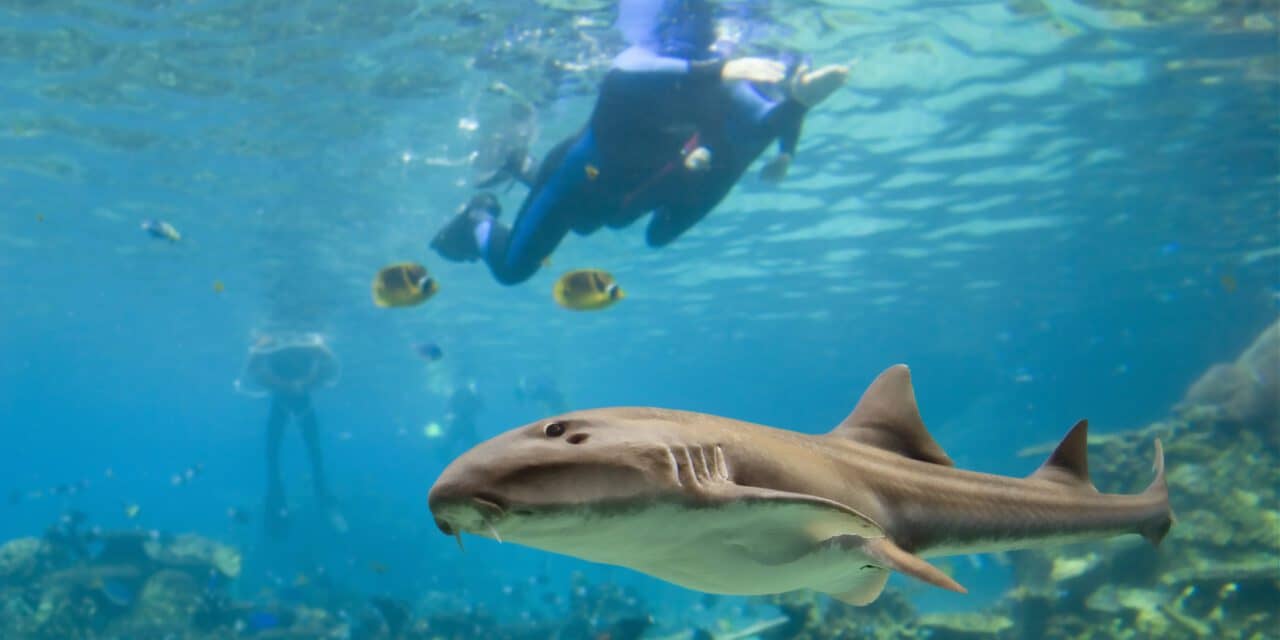 His research found that draughtsboard sharks produced a lower metabolic rate and recumbent body posture when inactive for longer than five minutes, supporting the idea that they were conserving energy by sleeping. By contrast, researchers found that eye closure is a poorer indication of shark sleep.

The findings are published in Biology Letters.

Kelly and researchers observed the sharks over 24-hour periods and tracked their metabolic rates and behavior during swimming, resting, and suspected sleep periods.

“The sharks showed a dramatic decrease in their metabolic rate and an obvious postural change following five minutes of inactivity, which demonstrated a distinct separation between periods of quiet wakefulness and sleep,” says Kelly in a release.

While it is known that many animals sleep, including bony fish species, Kelly says the research provides the first physiological evidence of sleep among elasmobranchs, a fish group that includes sharks, rays, and skates.

Kelly earlier studied sleep behavior among crocodiles for his Honors thesis at Australia’s La Trobe University. The research—which found that these creatures likely sleep with one eye open—was later published in the Journal of Experimental Biology and received global media attention.

In addition to sleep research with sharks, which began as his PhD thesis at the University of Western Australia, Kelly has become well-versed in the circadian rhythms and sleep behavior of many other fish species and has extended his work to include related behaviors in octopuses.

“I find the best way to overcome my sheer terror of these creatures of the deep is to get up close and personal with them,” Kelly says. “Besides, better to be around them when they’re sleeping than when they’re ready to feed!”

Kelly continues to learn more about shark behavior through examining the first wireless recordings of brain activity in both anesthetized and freely behaving sharks.

At Simon Fraser University he is also investigating how traumatic brain injury affects sleep in mouse models of Alzheimer’s disease and how predation pressure has shaped the evolution of sleep with a focus on wild rat populations.

Expert Reaction to Study on Sleep Traits and Breast Cancer