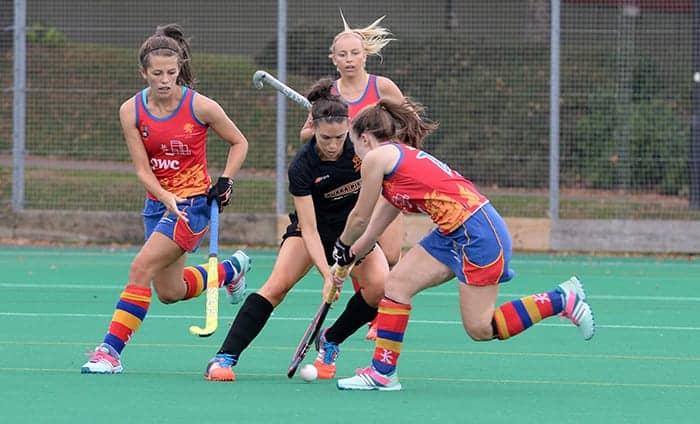 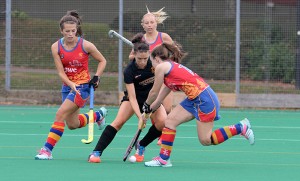 Research by the University of Birmingham finds that the correct determination of an athlete’s personal best performance requires consideration of circadian phenotype, performance evaluation at different times of day, and analysis of performance as a function of time since entrained awakening. Photography by Andy Smith

A better understanding of the body’s internal clockwork has become the newest way elite athletes get a leg up on the competition.

In the world of elite athletics, it’s not enough to have the talent or the will to win. Since winning is a question of fractions of seconds or inches, finding something that will give an individual or a team a winning edge has underpinned athletic excellence for decades. Nutrition, advanced materials, and better understanding of kinesiology and aerodynamics are just some recent examples of the ways winning teams and individuals from Division I college programs to professional sports have found an edge.

The newest tool athletes are adding to their winning regimen is one of the most basic: getting a good night’s sleep.

Sleep physicians around the world are not only researching how sleep—especially circadian rhythms—plays a role in athletic performance, but are helping some of the top athletes and teams in the world incorporate it into their winning formulas. 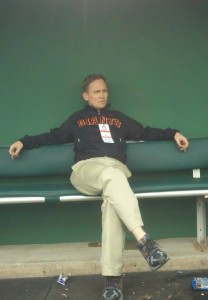 The San Francisco Giants are one of many teams coached on sleep by Dr W. Christopher Winter.

When he started working with professional sports teams a decade ago, W. Christopher Winter, MD, D-ABSM, D-ABIM (sleep), D-ABPN (neurology), F-AASM, saw his work as twofold. First, he wanted to help professional sports teams and their individual members to find out how sleep was affecting their performance and how they could use it to their advantage. Second, he wanted to draw attention to the need for good sleep habits in general.

“I thought if I could get athletes that people look up to talking about healthy sleep and making choices reflective of that goal, I could reach far more people than just me alone,” says Winter, who is the president of Charlottesville Neurology and Sleep Medicine, president of CNSM Consulting, and medical director of Martha Jefferson Hospital Sleep Medicine Center. Winter notes that Super Bowl quarterback Tom Brady made a specific point of discussing how his improved sleep habits have helped give him a winning edge in the lead up to this year’s Super Bowl. “By saying this, [Brady] has done more for sleep health than I ever could.”

Winter’s work primarily focuses on how teams’ travel schedules affect the performance and sleep cycles of individual athletes. Questions his team worked to answer included: How does an athlete’s unique circadian rhythm affect how he performs individually? How does circadian rhythm change as the athlete matures? What interventions can we put in place to maximize their effectiveness? Drilling down into the data he and his team collected, Winter discovered how circadian rhythms were affecting these professional teams.

The results of this research have shown how teams can use an understanding of circadian rhythms to their advantage. For instance, Winter found that teams most acclimated to the time zone will perform better, which means that if an East Coast team has a game on the West Coast, ideally, it should travel to the site of the game 3 days prior to the first pitch, kickoff, or tip-off. On average, a human body adjusts 1 hour per day to a time zone shift. He has also used light therapy and other techniques to help readjust the body’s clock.

It also matters when a game is played during the day. In general, younger players have better performance during a night game compared to older players who perform better in the morning or earlier in the day, Winter says. This insight can help teams set their lineups for maximum performance benefit for different times of the day.

Winter doesn’t claim that this better understanding of circadian rhythms and emphasis on healthy sleep have resulted directly in championships, but championship teams are taking sleep more seriously.

“It’s no secret that I work with the San Francisco Giants, and have for many years. Their success speaks for itself. While paying attention to the sleep and travel itself did not put championship rings on their fingers, their organization’s attention to sleep speaks to a greater interest and concern this team has for its players and the culture of evaluating everything that impacts performance carefully,” he says. “Dave Brailsford of British Cycling coined the phrase ‘marginal gains,’ meaning looking for a 1% advantage in lots of areas of an athlete’s life quickly adds up to victories. I would argue that sleep is more than a marginal aspect in an athlete’s life.”

Across the Atlantic at the University of Birmingham, researchers are looking to quantify the relationship of circadian rhythms and performance.

A team led by postdoctoral researcher Elise Facer-Childs and Roland Brandstaetter, PhD, both of the School of Biosciences at the University of Birmingham, UK, focused their research on how circadian rhythms affect individual performance over the course of a day. The team recruited a pool of 121 competition-level athletes, narrowing it down to 20 individuals to complete a series of performance tests.

“The composition of circadian phenotypes in the performance test groups represented the same composition in the whole population—so was a true representation,” Facer-Childs says. “We categorized individuals according to their body clock types by using a chronometric test. This takes into account many different complex parameters such as wake-up times, sleep onset times, sleep onset latency, mealtimes, caffeine intake, training/competition times, light exposure, etc. The other thing we used in our study was longitudinal sleep wake diaries.”

These daily diaries were kept over a 3-week period to allow more in-depth analysis in addition to pre- and post-test forms that were completed before and after each test to monitor outside influences that may have affected the subject’s performance.

What Facer-Childs and Brandstaetter’s research shows isn’t so much that circadian rhythms are a factor in performance, but why they are a factor. “We all know that some of us are better in the morning and some of us love burning that midnight oil, but have you ever thought about why and how? With our latest results, we highlight these differences between individuals and show, for the first time, that performance may actually depend on the amount of time you have been awake that day, not necessarily just what time of day it is,” Facer-Childs says. “However you think of or define performance, there will be variation over the course of a day. These findings, even though in physical performance, can relate to every individual who feels these changes.”

Charles Samuels, MD, CCFP, DABSM, medical director at the Centre for Sleep and Human Performance in Calgary, Alberta, Canada, is a clinical researcher who works with the Canadian National Teams and the Olympic Team program.

His initial research into the role of circadian rhythms led to a simple realization. Sleep physicians weren’t asking the right questions about athletes and their sleep. This led to the development of a new sleep questionnaire that will be given to all 2,000 members of the Canadian National Team.

“Our role has been to drill down and identify what role sleep and circadian factors play truly in the impact on performance of elite athletes,” he says. “Step one is developing a way to screen athletes for sleep. Because what we know from back in the beginning of our research is the standard sleep screening tools are not relevant, accurate, or valid for athletes. It doesn’t accurately characterize their sleep.”

His team’s initial findings show there isn’t a problem for sleep and athletes, but identifying those athletes with problems has “huge benefits,” according to Samuels. “While the prevalence is low, the impact of case identification is high because you’re working with elite athletes and there aren’t many of those, and you want them to perform well,” he says.

Samuels has found in his ongoing research into sleep and athletes that the No. 1 thing that needs to be addressed is sleep debt and its management, No. 2 is sleep quality, and No. 3 is the impact of circadian rhythms.

Thus far about 350 members of the Canadian National team have been screened with 50 needing further follow-up care. Those who have been treated will have their athletic performance monitored in terms of medals and other metrics to see how effective the treatment has been, Samuels says. While circadian rhythms might not be at the forefront of sleep problems plaguing Canadian elite athletes, they are important to monitor. “Circadian rhythms play a role, but how accurate are we in identifying first of all an athlete’s [individual] circadian rhythm, and we’re not good at that. If you’re not good at that, then you don’t have good research,” Samuels says.

A Well-Rested Athlete Is an Uninjured Athlete

While an understanding of circadian rhythms has been helping professional and elite athletes to improve their performance, other researchers are looking at how just a good night’s sleep is key to keeping athletes healthy and on the playing field.

Matthew D. Milewski, MD, of Elite Sports Medicine at Connecticut Children’s Medical Center and an assistant professor in the Department of Orthopaedics at the University of Connecticut, has been researching the relationship between sleep and injuries in young athletes.

An orthopedist by training, Milewski developed an interest in sleep and athletics while working at Los Angeles’ Children’s Hospital during his residency. His research found that athletes who slept less than 7 hours had a 1.7 times greater chance for injury than those who had a good night’s sleep. Research conducted by the CDC has found that about 69% of high school students get less than 7 hours of sleep per night, he notes.

Milewski’s initial research found connections with poor sleep and injury types. “Acute injuries may be caused because of a cognitive mistake, such as running the wrong play. Chronic injuries may not heal and become a nagging problem because the [athlete] isn’t getting enough sleep,” he says.

He notes that the cognitive effects of poor sleep are easy to understand, the physical effects less so.

Milewski’s current research in Connecticut has focused on the effects of concussions on sleep. Regina Kostyun, MSEd, ATC, has been conducting this research with Milewski.

With concussions in sports a hot topic today, how they affect sleep is crucial to helping to understand their aftereffects. “We’ve been looking at sleep disturbances caused by a concussion,” Kostyun says. “We surveyed how the kids perceived their sleep. We found that the kids who slept more had cognitive issues, and we don’t really understand why. Other kids with concussions had trouble staying asleep.”

An Opportunity for Sleep Professionals 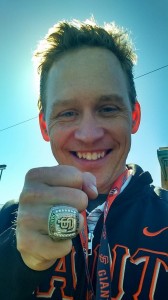 The San Francisco Giants’ savvy when it comes to competitive advantage may have played a part in their winning seasons. Here, Dr Winter showcases the team’s World Series Championship ring.

The understanding of sleep and athletics is still in its infancy, and, while this means there are still unanswered questions, it is an opportunity for sleep physicians and other professionals looking to broaden their reach.

“For many athletic organizations, particularly at lower levels (college, high school, etc), there is such a lack of basic sleep information that any certified sleep physician could bring value to an athlete’s life. At this time, there is no formal sleep [sports] medicine pathway, but I expect that will change as time passes, like the birth of any subspecialty,” Winter says.

While never anything close to being an elite athlete, C.A. Wolski was a regular competitor in martial arts tournaments for more than 15 years. After researching this article, he now wonders if an understanding of circadian rhythms would have given him a winning edge—he certainly needed it. 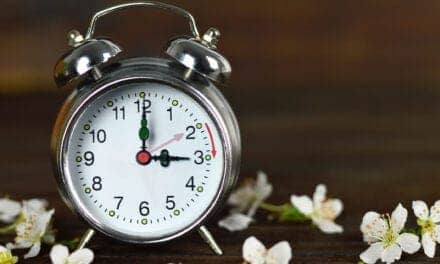 Which Chronotype Is Affected More By ‘Springing Forward’?

How Staying Up Late Could Hurt Your Fertility