Much of the burden of lung disease is disproportionately spread across populations of non-Hispanic whites, particularly African Americans who smoke. Researchers at the Lewis Katz School of Medicine at Temple University (LKSOM) are now working to understand why smoking is inordinately detrimental to lung health in African Americans, thanks to a $30,000 grant from the CHEST Foundation, a patient-focused philanthropic arm for the American College of Chest Physicians.

“We are interested in finding out how sleep modifies the effects of smoking behavior on lung health and exercise tolerance in African Americans as compared to Caucasian smokers,” says Andrew J. Gangemi, MD, assistant professor of Thoracic Medicine and Surgery at LKSOM, in a release.

The research is part of a larger, ongoing project led by Aditi Satti, MD, professor of Thoracic Medicine and Surgery and professor in the Center for Asian Health at LKSOM. Satti’s work, made possible by a $3 million grant from the National Institute on Minority Health and Health Disparities (NIMHD), is focused on identifying potential associations between sleep deficiency, smoking, and lung health disparities in African American adults who are considered to be at high risk of lung disease.

“The expected outcome from this work is a clearer, multi-level, understanding of sleep in at-risk African Americans and the extent to which sleep is an upstream, central risk factor for chronic obstructive pulmonary disease (COPD) progression in African American smokers,” Satti says in a release. “Given that COPD is one of the fastest growing diseases in African American adults and that this population is more likely to get COPD even with smoking fewer cigarettes, finding new ways to prevent COPD and its progression is important.”

In a paper published in April 2020 in the journal CHEST, Gangemi and Satti and colleagues described an association between longer sleep duration and better functional exercise capacity in African American smokers at risk for COPD. “Essentially, we found that longer and better-quality sleep could improve daytime exercise tolerance in heavier smokers to the same extent as an inhaled medication,” Gangemi says in a release. The findings highlight a potentially significant interplay between lung health and smoking, sleep patterns, and activity in African Americans.

Enrollment in the CHEST study at Temple is now open. 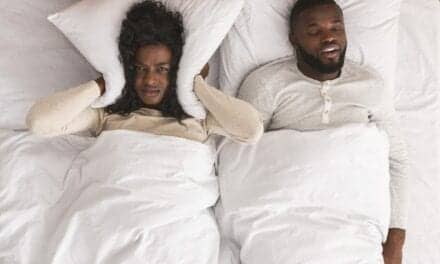