Do limits on how pharmaceutical sales representatives market their products to physicians change the prescribing behavior of those physicians?Research led by Ian Larkin, PhD, MSc, assistant professor of Strategy at UCLA Anderson School of Management, and George Loewenstein, PhD, the Herbert A. Simon Professor of Economics and Psychology at Carnegie Mellon University, indicates that physicians at practices that introduced limits on marketing to doctors subsequently changed their prescribing behavior. They found that physicians practicing at medical centers that introduced restrictions on pharmaceutical salespeople subsequently reduced their tendency to prescribe drugs that were the subject of sales calls, and increased their prescribing of generic drugs in the same drug class.

Pharmaceutical sales representatives’ visits to doctors constitute the most prominent form of pharmaceutical marketing. Such visits, known as “detailing,” allow the sharing of scientific information, but they also often involve small gifts for physicians and their staff, such as meals. Pharmaceutical companies incur far greater expenditures on detailing visits than they do on direct-to-consumer marketing, or even on research and development of new drugs. Despite the prominence of detailing, and the increasing number of medical practices that regulate detailing calls, little is known about how practice-level detailing restrictions affect physician prescribing.

The May 2 issue of the Journal of the American Medical Association, which focuses on conflicts of interest in medicine, published the first comprehensive, quasi-experimental study of detailing restrictions. The study examined detailing restrictions put into place by 19 academic medical centers (AMCs) in five US states. It compared changes in prescribing by thousands of AMC physicians whose practices limited typical elements of detailing visits, such as provisions of meals and educational gifts, to a carefully matched control group of similar physicians practicing in the same geographic regions but not subject to such detailing restrictions. The study, which included more than 25,000 physicians and all 262 drugs in eight major drug classes—from statins to sleep aids to antidepressants, representing more than $60 billion in aggregate sales in the United States—was, to date, by far the most comprehensive to examine the impact of detailing restrictions. The methodology, which compared prescribing behavior before and after implementation of policies, and which included a large matched control group of physicians not subject to policy changes, was an important innovation relative to prior research. The study used prescription data from CVS Caremark, one of the largest pharmacy benefit managers in the United States, and was partially funded by a grant from the National Institute of Mental Health.

The study found that the restrictions caused physicians to switch from prescribing drugs that had been detailed (more expensive, patent protected drugs) to prescribing generic drugs in the same class that were significantly cheaper. Larkin says in a release, “The study cannot definitively prove a causal link between policies that regulated detailing and changes in physician prescribing, but absent a randomized control trial, this evidence is as definitive as is possible. We investigated 19 different policy implementations that happened over a six-year period, included a control group of highly similar physicians not subject to detailing restrictions, and looked at effects in eight large drug classes. The results were remarkably robust: After the introduction of policies, about 5% to 10% of physician prescribing switched from expensive, detailed drugs to cheaper generics.”

The study also suggests that detailing may influence physicians in indirect ways. According to Larkin, “No medical center completely barred salesperson visits; salespeople could and did continue to visit physicians at all medical centers in the study. The most common restriction put in place was a ban on meals and other small gifts. The fact that regulating gifts while continuing to allow sales calls still led to a switch to cheaper, generic drugs may suggest that gifts such as meals play an important role in influencing physicians. The correlation between meals and prescribing has been well established in the literature, but our study suggests this relationship may be causal in nature.”

In light of these findings, the study suggests that medical practices and other governing bodies may need to take an active role in regulating conflicts of interest, rather than rely on individual physicians to monitor and regulate. Loewenstein says, “Social science has long demonstrated that professionals, even well-meaning ones, are powerfully influenced by conflicts of interest. A large body of research also shows that simply disclosing conflicts of interests is insufficient to reduce their influence, and may even exacerbate it. The results from this study underline the effectiveness of, and need for, centralized rules and regulations. We should not put the onus of dealing with conflicts on patients; the best policies are those that eliminate conflicts.”

Larkin and Loewenstein wrote a Viewpoint article for the same issue of JAMA titled Business Model-Related Conflicts of Interest in Medicine: Problems and Potential Solutions, in which they argue that the fee-for-service arrangement prevailing in US medicine creates unavoidable conflicts, and advocate an expansion of physicians’ compensation on a salary basis. 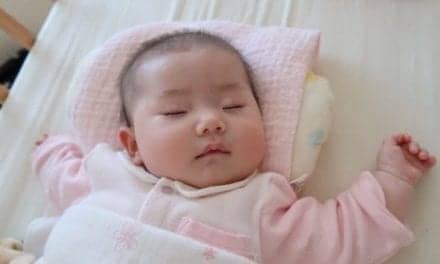 Sleep and the Social Competence of Children: Sleep Onset Time and Duration Matter in 1.5- to 3.5-Year-Olds

Severe Eczema, Insufficient Sleep May Be Linked to Short Stature in Some Children

Boardroom To Bedroom: Should Your Boss ‘Watch’ You While You Sleep?