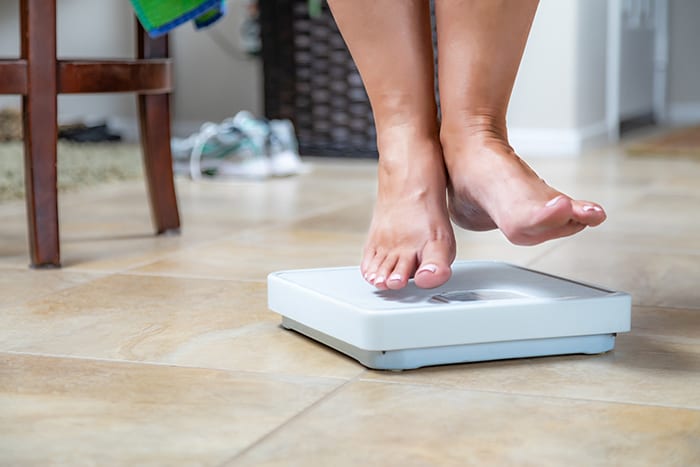 Could obesity lead to the development of restless legs syndrome? Emerging studies show a correlation between these two conditions, but there is still ongoing debate about the nature, direction, and clinical relevance of any relationship.

While he was a professor at Harvard, Gao was an author of a study from Harvard University’s school of public health that took surveys of 88,000 men and women and demonstrated that those who were obese, with a body mass index (BMI) higher than 30, had a 40% higher risk of developing restless legs syndrome (RLS).

This past April, researchers published a systematic review of literature and meta-analysis to explore the relationship between obesity and RLS. The paper, published in the Journal of Affective Disorders, examined findings that included a total of 197,204 participants, pooled across 15 studies.1

Overall, the analyses demonstrated a positive association between obesity and RLS. In case-controlled studies, researchers found that obese people have a 5-fold increase of developing RLS. Participants in cohort and cross-sectional studies had a 59% and 36% increased risk, respectively. The correlation was even stronger in obese women than in men, according to the study.

“It is significant. We certainly have a concern about this,” says Daniel Lee, MD, FAAN, FAASM, medical director of the Sleep Research Center at Baptist Health System in Louisville, Ky, who was not involved in the study. “Treating physicians who care for these people need to start asking more questions if they see people who are overweight.”

RLS affects up to 8% of the population with as many as 3% experiencing severe symptoms that impact their quality of life and require pharmaceutical treatment to manage symptoms, according to the Restless Legs Syndrome Foundation, a nonprofit dedicated to raising awareness of this neurological sleep disorder.

RLS can be a debilitating condition that leads to sleepless nights. It is characterized by an urge to move the legs, typically in the evenings. Patients describe a crawling sensation on their skin or deep in their bones. Many people struggle to describe exactly what they are experiencing, so treating physicians must know what questions to ask, says Lee. “Our job is to decipher these complaints,” he says.

If obesity is a risk factor, this gives treating physicians another marker to look out for, says Lee. “This new research suggests that now if patients have a BMI over 30, physicians also need to start asking them those questions.”

The link between RLS and obesity might have to do with how dopamine receptors are functioning in the nervous system, says Lee. “When people have a higher BMI, it is almost inversely proportional to the amount of D2-like receptors,” says Lee.

D2-like receptors are a subfamily of dopamine receptors, which are lower in people with higher BMIs, says Lee. This could be one reason why overweight individuals may be more susceptible to RLS.

But still, some physicians think that the most recent data isn’t strong enough to suggest any clinical significance.

“There have been studies in the past linking obesity to increased risk of RLS, but…the increased risk is fairly small. There is some discussion about dopamine in the brain of obese patients causing an increased chance of RLS but that is just mere speculation,” says Mark J. Buchfuhrer, MD, a sleep specialist at Stanford Health Care’s Sleep Medicine Center, who treats restless legs syndrome.

“In my large RLS practice, I have not found weight to be a very key factor in RLS,” says Buchfuhrer. “I have had patients gain or lose significant weight without any changes in RLS symptoms/severity.”

How Better Sleep Can Improve Your Running Performance