A study examines a possible link between the two.

Periodic limb movements during sleep (PLMS) may be associated with comorbidities, such as insomnia, and side effects including excessive daytime sleepiness,1 nocturnal awakenings,2 disruption of sleep cycles, and/or frequent signs of arousal.3 PLMS are more common in the elderly population,2 night-shift workers, people who snore, and those who consume coffee on a daily basis.4 They have been shown to be associated with obstructive sleep apnea (OSA),5-9 and there is data that supports an increased occurrence of PLMS with patients using continuous positive airway pressure (CPAP) in the treatment of OSA.7,10,11

One of the major potential effects of the use of CPAP in OSA is that it often reduces the respiratory disturbance index (RDI), or apnea-hypopnea index (AHI), to within normal limits on the first night of treatment.7 The number of PLMS associated with electroencephalographic (EEG) arousal has been shown to increase significantly from baseline polysomnography to the initial CPAP titration. Also, PLMS may coexist with severe respiratory sleep disturbance (RDI > 40). If this is the case, treatment of the respiratory disturbance will likely cause any coexisting PLMS to become apparent. PLMS are more likely to occur during baseline polysomnography in patients with mild OSA (RDI = 5-15) and during CPAP titration in patients with moderate-to-severe OSA (RDI > 15).10

Methods 1: Selection of Subjects
We identified patients with a prior diagnosis of OSA who underwent both a baseline polysomnography study and CPAP titration. We utilized a convenience sample by retrospectively reviewing charts of patients who had undergone a CPAP titration in the year 2003. Collection of data was approved by the Institutional Review Board for the Protection of Human Subjects at the State University of New York Upstate Medical University. The sleep laboratory diagnosing and treating patients in this study was maintained by Sleep Services of America in Central New York. All baseline polysomnograms and CPAP titrations were performed by a registered respiratory therapist or a registered nurse licensed in New York State, scored by a registered polysomnographic technologist, and interpreted by a physician who was board certified in sleep medicine.

Ninety subjects were included in the study. Inclusion criteria for the study required that patients:
1) were over the age of 18 years,
2) had a prior diagnosis of OSA,
3) received CPAP titration for treatment of OSA, and
4) had no evidence of PLMS on baseline polysomnogram (PSG). Patients were excluded from the study if they displayed one or more PLMS on their baseline PSG.

Methods 2: Procedures
All of the subjects underwent an overnight baseline polysomnography study and a CPAP titration. Each patient’s PSG was a continuous monitoring of the central (C3-A2, C4-A1) and occipital (O1-A2, O2-A1) EEG derivations, electrooculogram (EOG) (LOC-A2, ROC-A1), electromyogram (EMG) from the left and right anterior tibialis and submentalis (or mentalis), thoracic and abdominal respiratory effort via piezoelectric belts, oronasal airflow sensor via thermistor, snoring microphone, monitoring electrocardiogram (ECG), and arterial blood oxygen saturation with a pulse oximeter. During CPAP titrations, monitoring was identical to that of the baseline PSG, except that flow and pressure were recorded via the CPAP interface and device rather than the airflow sensor. The patients’ CPAP levels were titrated using a standard CPAP device. Titration study CPAP pressures were initiated at 3-5 cm H2O and adjusted in increments of 1-2 cm H2O in an attempt to decrease or eliminate respiratory events (snoring, hypopneas, and apneas) and arousals. Recognition of apneas and hypopneas was done according to Medicare guidelines. All studies were performed on patients breathing room air.

Methods 3: Data Collection
All studies were scored for sleep stages, respiratory events, arousals, ECG abnormalities, and PLMS. PLMS were scored if there was either right or left anterior tibialis activity of four or more in a row, each 5 to 90 seconds apart. Each periodic limb movement was required to last 0.5-5.0 seconds, be at least 25% of the calibration amplitude, and not be caused by an arousal or respiratory event.

We assigned a subject number to each patient and collected the following initial data from their overnight baseline PSGs: gender, age, and if there were PLMS. If there was one or more PLMS on the baseline PSG, the patient was excluded from the study. If the patient did not display PLMS during the baseline PSG, the following data was then collected: the RDI reported during both the baseline PSG and the CPAP titration, whether PLMS were evident during the CPAP titration, and, if so, how many. We also recorded the number of PLMS per hour of sleep (PLMI). A PLMI of 5 or greater is considered pathologic.7,8 Data was reviewed from 128 patient charts and analyzed on 90 patients who met the established criteria.

Methods 4: Statistical Analysis
Given that this is a retrospective study, our ability to implement controls was limited. Therefore, the type of data needed to perform inferential statistical analysis was either unavailable or inappropriate. As a result, we used descriptive statistics to depict the study population and explore the occurrence of PLMS during CPAP titrations in the absence of PLMS on baseline polysomnography. The information from our sample was compiled and examined via a frequency distribution table, and measures of central tendency and variability were obtained (including mean, median, mode, and range) in order to summarize subject characteristics and describe the typical nature of the data and the extent to which subjects differed.

Discussion
It is well accepted that PLMS exist during baseline PSGs and CPAP titrations. Also, it is known that respiratory events may disrupt sleep so severely that PLMS may coexist with sleep-disordered breathing. Successful treatment of moderate-to-severe OSA (RDI > 15) with CPAP may unmask the PLMS so that they become more evident in the absence of respiratory events. In other words, if the patient has PLMS during a baseline PSG, but the PLMS are not identified because the sleep-disordered breathing causes movement and arouses the patient, this movement and/or arousal may eliminate an observer’s ability to recognize the PLMS.

Some research has found that PLMS are equally as common among males and females.5 Other studies show that PLMS are more common in females.4 Still other research has concluded that PLMS are more common in males.12 Our study shows that 71% of the patients who had a PLMI of 5 or greater were men. This, however, may be a result of more men in the study than women and, more important, the prevalence of PLMS in males and females of the other studies was calculated in all patients, not only patients undergoing CPAP titration.

Although PLMS encompass arm movements as well as leg movements,3 the patients in our study were monitored for EMG activity of the anterior tibialis only, without monitoring of the muscles in the arms (extensor digitorum). This is standard practice in many sleep laboratories and centers. With that said, some of the patients who did not display PLMS as evidenced by an increase in anterior tibialis EMG may have exhibited arm movements instead and thus their PLMI had been inaccurately scored. Furthermore, limitations of any polysomnography study must take into consideration operator/technician error and signal accuracy. Biocalibrations were performed on each patient prior to and following each baseline PSG and CPAP titration to ensure a valid and reliable study. However, operator error and leg EMG leads that may have fallen off during the night may have led to inaccurate reporting of PLMS.

Due to the retrospective nature of this study, we were unable to control for any number of potential variables that may spontaneously generate or eliminate PLMS before or after CPAP titration. It would be of value for future research to explore commonalities among those patients who demonstrate evidence of a PLMI > 5. Additionally, previous findings have suggested that the number of PLMS may decrease or be eliminated with long-term nocturnal use of CPAP. Both of these concerns are beyond the scope of this study and require further investigation.

Conclusion
To our knowledge, this is the first study concerning the administration of CPAP as a treatment for OSA and its relationship to PLMS in which none of the subjects experienced PLMS during baseline polysomnography. Our findings suggest that PLMS may occur less often during a CPAP titration than previously thought and that further investigation is warranted. We have demonstrated the need for further study that incorporates a research design utilizing inferential statistical analysis. This would allow for both reproducibility and generalization of our findings to patients with OSA being treated with CPAP and will contribute to the body of existing knowledge associated with risks of comorbidities and side effects in the treatment of OSA with CPAP.

David F. Wolfe, MSEd, RRT, RPSGT, AE-C, is an assistant professor at the Department of Respiratory Therapy Education at the College of Health Professions at SUNY Upstate Medical University in Syracuse, NY. Kathleen M. Beney, MS, RRT-NPS, is an assistant professor and department chair of the Department of Arts and Sciences at the College of Health Professions, also at SUNY Upstate Medical University. Brian Fogu, BS, RRT, is a polysomnographic technician at Integrated Sleep Disorders Management, LLC, in Williamsville, NY. The authors thank Brenda Engbretson, PhD, for her guidance in computer software, and Sleep Services of America for the use of its sleep laboratories. 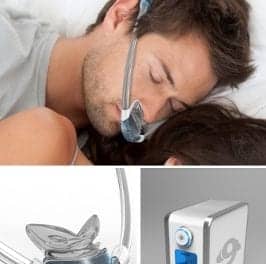 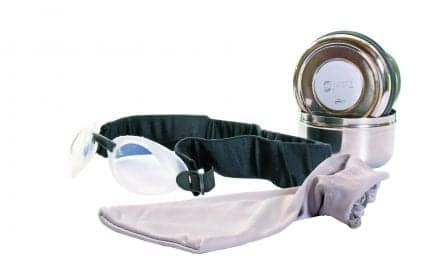