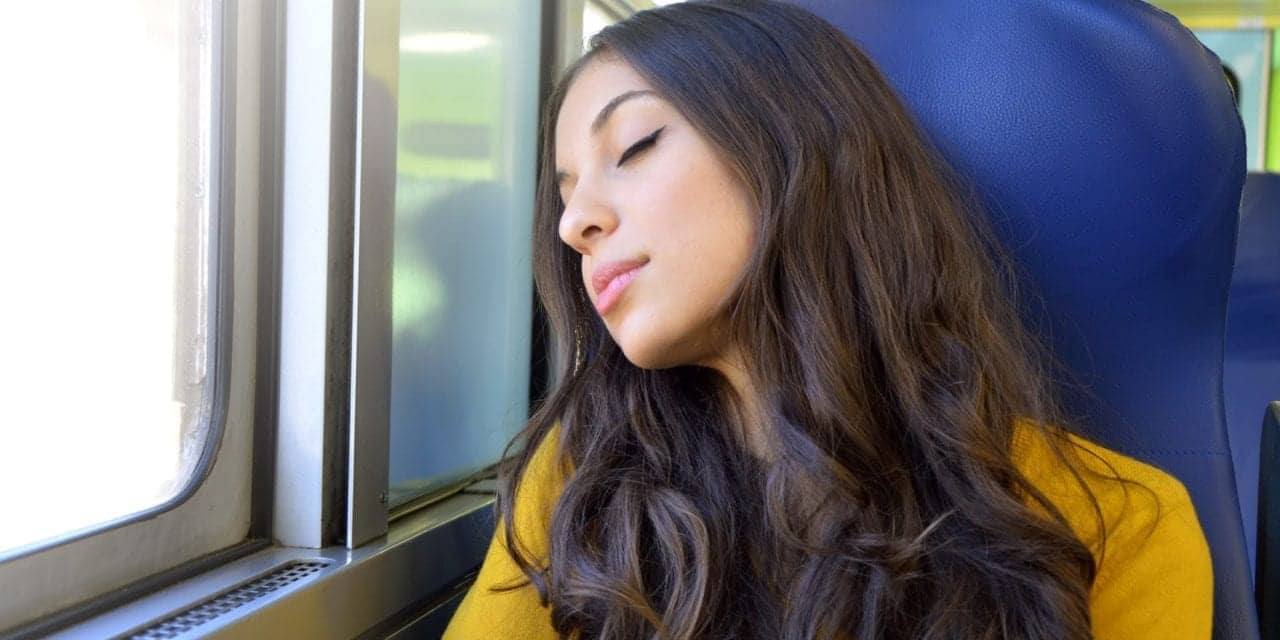 Many people find it easier to sleep in a car or a train because of the vibration and noise that helps “rock” them to sleep. But a more specific approach for using a vibratory and auditory stimulation program helps improve brain function and sleep amount and quality in patients with insomnia, according to a study published in the journal Sleep Disorders.
Using fMRI scans, the study found improvements in the functional connectivity in the brain as well as in measured amount of minutes slept and self-reported sleep quality. The areas of the brain that were affected were a combination of areas that are involved in sleep itself as well as areas that have improved function as the result of having better sleep. Such an approach might be particularly useful for people with insomnia by helping them to improve their amount and quality of sleep. The study was performed by the Department of Integrative Medicine and Nutritional Sciences, as well as the Departments of Neurology and Radiology, at Thomas Jefferson University.

Approaches that use a combination of vibratory and auditory stimulation have the goal of matching the brain’s natural rhythms and help improve the amount and quality of sleep. Another goal is to help improve the brain areas affected by a lack of sleep. The current study found changes in areas of the brain associated with both auditory and vibratory sensation. In addition, areas such as the thalamus and prefrontal cortex, which are critical for memory and cognition, were also affected. The current study tested this by tracking changes in functional connectivity using resting state fMRI.

“This study is essential for understanding how vibratory and auditory stimulation can improve sleep amount and sleep quality in insomnia patients,” says senior author on the paper Daniel Monti, MD, chairman of the Department of Integrative Medicine and Nutritional Sciences and Director of the Marcus Institute of Integrative Health at Thomas Jefferson University, in a release. “The study shows how the intervention has a direct effect on vibratory and auditory processing areas of the brain, as well as on important cognitive areas that are impaired when people don’t get enough sleep,”

This study evaluated 30 patients with insomnia symptoms who continued their current treatments and were placed into two groups—the first group received the auditory and vibratory stimulation for approximately one month; and the second group, the control patients, received only their standard-of-care treatment for insomnia for the same time period. Those patients in the active group were given an auditory stimulation program, lasting approximately 60 minutes that they used each night as they went to sleep. In addition, they came into the Marcus Institute of Integrative Health twice a week to receive a combination of vibratory and auditory stimulation for 24 minutes using a specially designed chair that merges the two stimuli. This combination of the vibration and auditory stimulation during the day, coupled with the auditory stimulation during sleep, is supposed to help the brain enter the sleep state more effectively.

Patients underwent brain scanning using resting state fMRI to measure functional connectivity that evaluates how different parts of the brain interact with each other at the start of the study and after a month. Changes in brain connectivity reveal how the brain rewires itself when people are sleeping better. Some of the changes are related to the effects of the therapy itself—the impact of vibration on sensory areas of the brain – and some are related to the effects of improved sleep. This fMRI scan was used to determine the changes in brain function associated with auditory and vibratory stimulation in patients with insomnia. Patients also were evaluated clinically using several different measures of sleep quality and quality of life.

Compared to controls, the patients receiving the auditory and vibratory stimulation had significant changes in functional connectivity in the sensory and auditory receptive areas of the brain—showing how the stimulation seemed to be having its effect. In addition, areas involved in higher cognitive and executive functions, such as the thalamus and prefrontal cortex, were significantly affected—showing that improved sleep improves your brain’s function.

“This is an exciting study that shows how vibration and sound stimulation affect the brain and improve sleep in patients with insomnia and could have important implications for better managing patients with sleep problems,” says corresponding author and neuro-imaging expert Andrew Newberg, MD, professor and director of research at the Department of Integrative Medicine and Nutritional Sciences. The investigators hope that this research will open up new avenues of treatment for insomnia patients.

There are no conflicts of interest. The study was funded by a gift from the Marcus Foundation.

Sleeping for 5 Hours Daily? You Are Likely to Suffer Fractures