The study, published in the Clinical Interventions in Aging journal, demonstrates positive effects of the drug on cognitive performance and sleep maintenance in Alzheimer’s patients. “Endogenous melatonin levels are reduced already at preclinical AD [Alzheimer’s disease] stages. Because melatonin is important for good sleep quality and because poor sleep quality has recently been linked to AD, it was important to investigate whether replenishing the missing hormone would be beneficial in AD patients and whether such effects would be related to the improvement in sleep,” says Dr Tali Nir, head of clinical trials at Neurim Pharmaceutical, in a release.

In this study, 80 patients diagnosed with mild-to-moderate Alzheimer’s disease, with and without insomnia comorbidity, receiving standard therapy (acetylcholinesterase inhibitors with or without memantine), were randomly assigned in a double-blind manner to 2 mg of Circadin or placebo treatment nightly for 24 weeks. The paper reports that patients treated with Circadin for 6 months had significantly better cognitive performance than those with placebo. Cognitive performance was measured by Instrumental Activities of Daily Living (IADL) and Mini Mental State Examination (MMSE). Mean Alzheimer’s Disease Assessment Scale-cognition (ADAS-Cog) did not differ between groups. Sleep efficiency as measured by Pittsburgh Sleep Quality Index (PSQI) Component 4 also improved with Circadin.

“We are very pleased with the encouraging data demonstrating efficacy and safety of add-on Circadin for 6 months on cognitive functioning and sleep in patients with mild-moderate AD. This publication comes at an exciting time when the causal relationship between sleep disturbance and the AD-relevant accumulation of beta amyloid in brain was discovered,” says Professor Zisapel, CSO of Neurim Pharmaceuticals. “This study demonstrates the significance of good sleep quality and melatoninergic mechanisms in improving both cognition and sleep problems in Alzheimer patients and calls for further focus of this mechanism in AD treatment.”

Circadin is a sleep medication approved by regulatory agencies around the world for the treatment of primary insomnia in patients aged 55 and over. Approval was based on positive effects of Circadin on sleep quality, sleep induction, and daytime functioning without impairing cognitive performance. Circadin is Neurim’s first approved drug, and Circadin is commercially available in over 40 countries. Neurim’s advanced-stage pipeline products include prolonged-release melatonin minitabs for pediatric insomnia and Piromelatine for sleep disorders and Alzheimer’s disease. 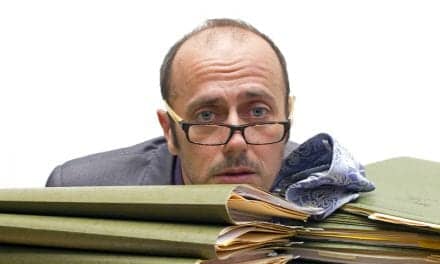 The Best Temperature for a Good Night’s Sleep