A signaling system in the brain previously shown to regulate sleep is also responsible for inducing lethargy during illness, according to research conducted at Oregon Health & Science University Doernbecher Children’s Hospital.

The research implies that a new class of drugs developed to treat sleep disorders can reverse the inactivity and exhaustion brought on by acute illness. Although the sleep drugs were initially designed to treat narcolepsy, they have the potential to restore energy and motivation in patients with acute and chronic disease, the researchers report. Their findings are published in The Journal of Neuroscience.

"We all know what it means to feel ‘bad’ when we’re acutely ill. In particular, patients with chronic diseases experience a compromise in motivated behaviors. They don’t feel like getting up and doing anything. Yet the brain mechanisms behind this common experience have remained obscure," said Daniel L. Marks, MD, PhD, principal investigator and associate professor of pediatrics in the Papé Family Pediatric Research Institute at OHSU Doernbecher Children’s Hospital.

"Our lab has found that the neurotransmitter system thought to be primarily involved in the induction of sleep is actually extremely important in maintaining motivation and movement during acute and chronic illness," Marks explained.

To determine the cause of illness-induced lethargy, Marks and colleagues studied the brains of rats, the neuroactivity of which closely mimics human brains. They determined that acute and chronic inflammation-induced lethargy is brought about by a specific population of inflammation-sensitive neurons located near the neurotransmitter system that controls physical activity and arousal, known as the orexin system. When the researchers injected the rats with orexin, they were able to restore orexin signaling and, thus, restore motivated behaviors and movement.

This research demonstrates that orexin replacement is a viable therapeutic avenue for sickness-induced lethargy, the researchers explain. Because chronic disruption of this crucial neurotransmitter system leads to profound sleep disturbance and loss of motivated behaviors, they propose that drugs that mimic orexin would be useful in chronically ill patients to improve quality of life and independent living.

"There is a very exciting opportunity to quickly translate these findings into clinical practice," Marks said. "Because the role of orexin in sleep disorders like narcolepsy has been known for several years, the drug development efforts aimed at restoring orexin signaling are at an advanced state and nearly ready for clinical application." 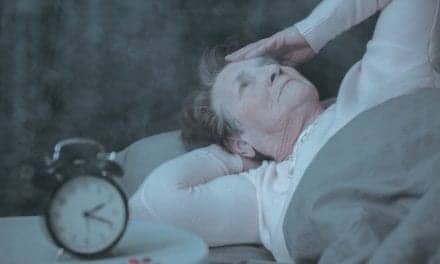