Rodents adapted more quickly to altered circadian rhythms when researchers switched off the adrenal clock or manipulated the synthesis of corticosterone by the adrenal gland with the help of metyrapone. The findings, published in the Journal of Clinical Investigation, could pave the way for a new approach to the hormonal treatment of the effects of jet lag and shift work.

Results of the study showed how individual “clock” genes and the internal clocks of the different organs synchronize with the new external time in the case of jet lag. “The internal clocks and the ‘clock’ genes adapt to the altered external influences at varying speeds,” says Gregor Eichele, PhD, director of the Genes and Behaviour Department, Max Planck Institute for Biophysical Chemistry in Germany. “When an organism suffers from jet lag, it would appear that the entire clock mechanism fails to tick at the right rhythm. As a result, numerous physiological processes are no longer coordinated.”

When the scientists switched off the adrenal clock in mice, the rodents adapted their behavior more quickly to the new time and made a more rapid return to their laps on the wheel in synch with the new external time. It is not necessary, however, to switch off the entire adrenal clock to enable the mice to better recover from jet lag, according to the researchers. “The time-dependent release of corticosterone was crucial in enabling our rodents to adapt more quickly to the new time,” explains Eichele. When the scientists administered the active agent metyrapone to the mice, their corticosterone rhythm changed as did their sleeping/waking rhythm.

“If the mice were given metyrapone at the right time, they adapted faster to the disturbed circadian rhythm. While the ‘sleep hormone’ melatonin, which is commonly used to treat jet lag, mainly acts by generating tiredness and is therefore more suitable for use when flying east than west, with metyrapone, the mice’s internal clock can be turned both forwards and back,” explains junior scientist Silke Kießling.

The insights of the Göttingen scientists could produce an entirely new approach to the treatment of jet lag and shift work disorders in the future. According to a press release about the study, metyrapone is already approved as a medication for the treatment of the overproduction of glucocorticoids and mineralocorticoids. However, it remains to be demonstrated in field trials and tests in the sleep laboratory whether the administration of metyrapone is suitable for the treatment of jet lag, and whether it has any side effects in humans. 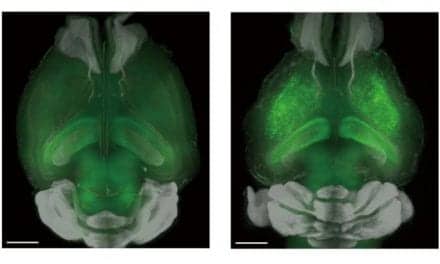 Foods That Can Help You Beat Jet Lag